An edge of polished wood and tight joinings. [o] 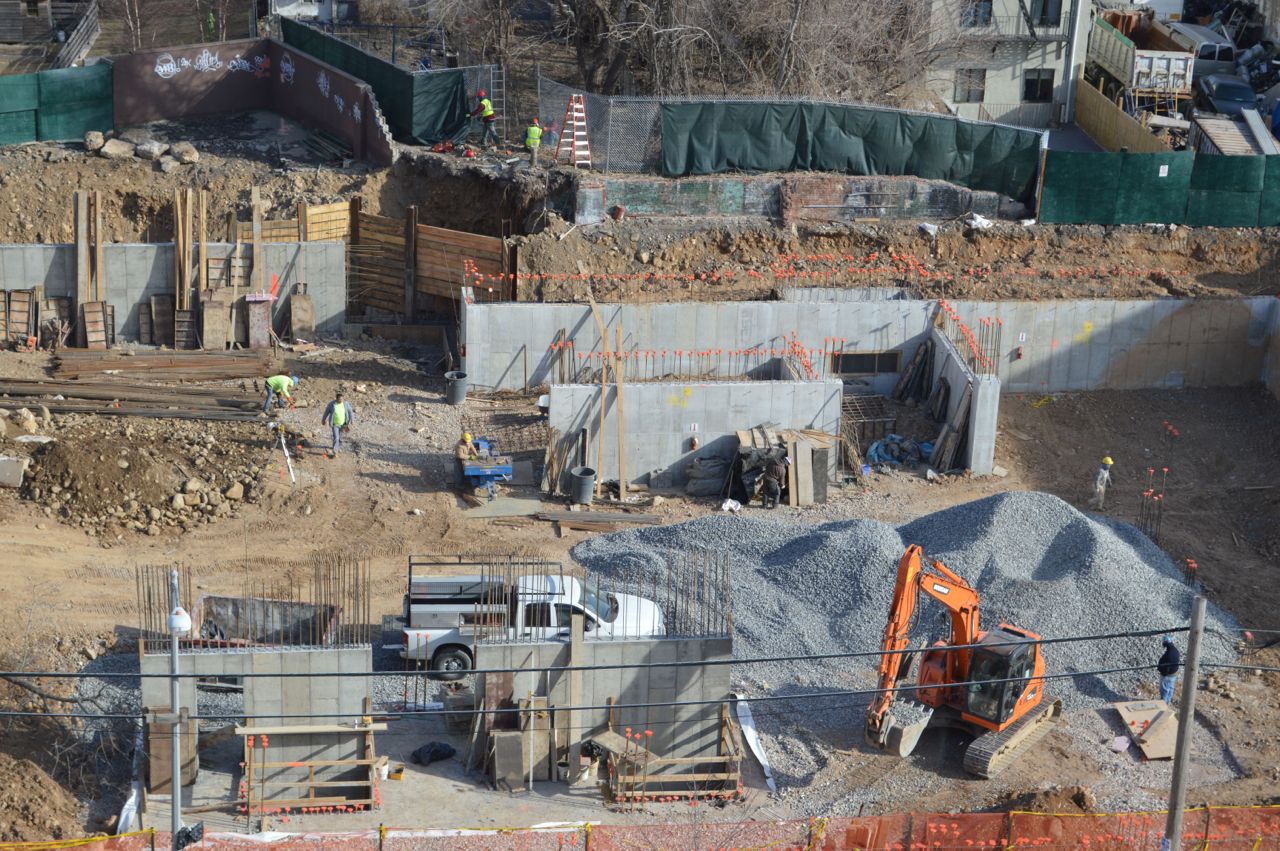 On St Marks Avenue. Photo by the author.

1. What is your first memory and what does it tell you about your life at that time?

I have many first memories that come up at different moments. (now) When I was not quite four, my sister Cécile came home from the hospital — a few days old—with my mother. I remember the solemnity and hush surrounding her arrival and have a dim recollection of being in the darkened dining room with my parents, my aunt and uncle, and my younger sister, Juliette, the grown-ups standing stiffly around the dining table. Cécile’s bassinet (a lovely, cream-colored woven straw basket) was there, near me, with her in it, but she was swaddled tightly, and I was wondering if she were real.

I remember mostly the artfulness and muted elegance of my early environment: the long Danish teak dining table, the modern art on the walls, the way the sun brushed the polished brass knobs of the open French windows, swept over the Persian carpets, and alighted on the yellow silk rose on the slate coffee table. My parents’ aesthetic — and the importance of aesthetics in their lives — influenced me. The aesthetic shifted over the years, but certain elements were constant: simplicity, architectural integrity (that is, no decoration that competed with the space), high design, and novel uses of texture, color, and artifacts. It may be that my poetry uses some of those same elements that were already evident in my early environmental experience.

2. Can you name a few poets who have influenced you — a handful at the most — who come to mind immediately?

From 2 through 10, I grew up in a small brownstone in a genteel neighborhood called Gramercy Park in Manhattan, NY. The focal point, of course, was the Park, which was groomed, pebbled, and harmoniously designed…and gated. My parents had the key, so I played inside the high black iron fence, skinning my knees on the pebbled paths and getting admonished by the attendant for running too fast. When I took up the guitar at 9, I practiced on a green bench in the park, watching the fat squirrels and being quietly protected by the tall London planes. My father walked me to school — a parochial school attached to a gem of a small cathedral — where I wore a uniform, learned my hymns, and ate Dickensian food in a refectory at long tables headed by a teacher or dean. I summered in East Hampton, Italy, Guatemala, New England. And I saw lots of black people, brown people, rich people and poor people. 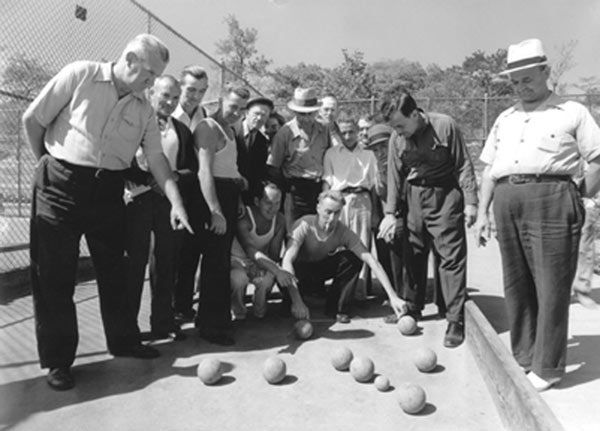 From 10 on up, my family and I lived in a Federal townhouse in what was to become SoHo. Only back then it was an Italian and Portuguese neighborhood, on the verge of being gentrified. The house was huge, with a massive living room: high ceilings, tall windows, two chandelier rosettes on the ceiling, and two beautiful fireplaces. We shared the garden in the back with our neighbors and planted a cherry tree and roses and ornamentals. The house was part of what defined my family, and I spoke to it often, whispering, staring, touching. New York was gritty then, in the early 70s — sooty, dark — with oily piers and acrid smells and darting eyes. I played knock-hockey with the neighborhood kids in the playground across the street (got beat up a couple of times) and watched the old men play bocce. I used to hear Ornette Coleman practice in the loft above my best friend’s place and we’d go barefoot in Washington Square Park. Just a couple of years later, as I came into full adolescence, I was in an edgy, artsy, chic, pulsating SoHo, where I learned to drink, look at art, and kiss men. I saw — and knew — black people and all the other kinds of people in a shared, seething metropolis. I watched the Twin Towers go up only ½ a mile away, and I fell in love with the Hudson River, construction sites, and the row houses of Brooklyn Heights, where I went to high school.

I grew up in small towns (downtown Manhattan and brownstone Brooklyn) cradled within a huge one, and reaped the benefits of both environments: the friendly and the monolithic. I also watched the city develop at a fast clip, especially socially. I bumped up among people of extraordinarily varied experiences and ethnic identities who—only two decades earlier, perhaps even a single decade—would have been invisible to me. Those people carved out the spaces of New York City as if it was marble and they were unwitting sculptors. I was aware at a young age of the interplay between the environment and the complexities of the human soul. I use the word ‘aware’ deliberately; I will never stop learning about that interplay. Of course, it helped that my father, whom I idolized, was an artist, architect, and city planner who led his children on urban and international treks with a passionate, educated eye.

4. If you were going away on a very long journey and you could only take four books — one fiction, one poetry, one non-fiction, one literary criticism — what would they be?

6. At one point did you discover your ability with fiction?

If the question is addressing the way that I began to write, I think my impetus was the strong presence of story telling around me, as well as my own propensity to understand the world through stories. I listened to my Uruguayan godfather tell me — between sips of maté — stories of the ancient world as I sat on his lap in his dusty, high-ceilinged sculpture studio. I listened to my parents’ friends around the dining table as they told stories of what was happening in the world. These family friends were my teachers, and they came from all over the globe: a Czech architect, a Japanese conceptual artist, an Indian writer, a Swiss diplomat, and many others. I told stories to my little brother as he closed his eyes at night, to my teachers, to my friends. And what I cared about in these stories were the details. Poetry is details. So I began to write poetry. I am far from claiming ability; writing poetry has not drawn most of my energy over the years. Perhaps that will change.

7. Do you have an engine that drives your artistic practice, and if so, can you comment on it?

I don’t have an engine. I suppose it’s simply that the analogy does not resonate for me. What ignites me to write poetry? I’m not sure. I think I write poems when I need to give life to a bubble of understanding; when I want to share in my delight of the world I see right now; when I want to awaken another’s spirit or sex or questions; when I want to tell a story like a song.

8. If you were to meet a person who seriously wants to write poetry, someone who admires and resonates with the type of work you do, and they clearly have real talent and asked you for some general advice, what would that be?

I couldn’t say. It depends entirely on the person’s desires and style and practice. I myself want advice! I suppose I’ve developed a practice of taking out superfluous words, but I don’t do that consistently. It depends on the texture, tone, and music of the text. Clichés — even phrases reminiscent of one — are voice-killers. And I think listening to people talk is key to good writing, especially for poetry. That is because poetry must sound like the inside of a voice.

I want to write something about my experience starting a school and I can’t find the format: Screenplay? Account? Novel?

The perfect intercourse between human beings and nature via art, thought, exchange, and creation.

11. If you would like to ask yourself a final question, what would it be?

How do you live ‘wild culture’?

MARIANNE ROSSANT is an educator, former founder and principal of a charter school, and cookbook author. She lives in Hudson, New York.

These poems were first pubished in these pages on March 6, 2014.