Gazing in and out to Sea: 5 poems

Category
Prose, Poetry & Poetics
Ecologies
Wildlife & Wilderness
Gazing in and out to Sea: 5 poems
by Matthew Clegg , Andrew Greig, , Yahia Lababidi, , Lynne Rees, , R. S. Thomas
Published: Dec 02, 2017
Standfirst
Our question on Twitter* — "What are your favourite poems about the sea?" — whipped up a little storm of interest that left the following items in its wake.
Body

Tell me, have you found a sea

deep enough to swim in

deep enough to drown in

waters to engage you

distract you, keep you

from crossing to the other shore? 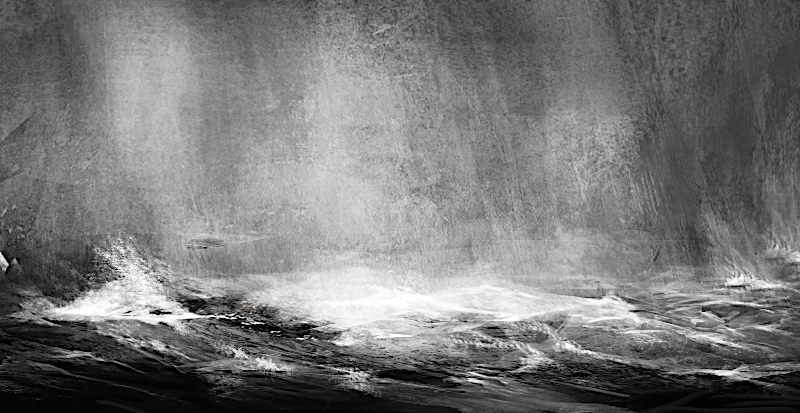 Chalk cliffs are wax-white and gull-white;

sluiced and soiled with thickening mudslides;

rich in crevices mortared and pasted;

Under the ramparts pebbles and obols,

slick as sealskin when the sea licks them;

wash and backwash rolling and tonguing;

grinding and sucking them down to slivers;

breaking and spitting its broken teeth.

Remember how I brought you the chalkstone;

no smooth oval prize laid by the sea-goose;

no worry-ball cool in the palm and blue-tinted;

brown-stained a little and smelling of sea-rot;

where whiskery sea-lice furbish their hovels;

clogged with near indigestible flotsam;

iodine treated inside the chambers;

pick it up now and shake up its history;

its shanty of sand and broken shell-shards,

choking and rattling inside its lung.

Let me cast you as a tall thin chalk-stack;

gnawing and thinning the brittle foundation;

cut off but in sight from the crumbling mainland.

One of those ruins infested with gull-kind

making a bedlam of airspace above it

where angels and harpies jostle for place.

I’ll cast myself as a marginal chalk-pool;

slippery weed-slime around my portal;

stones of these words gargling inside it;

each one rubbing the grain of the other.

A near empty socket a terrible bodhrăn;

stretched under churn of gravelly breakers;

still and mute when the swell falls back. 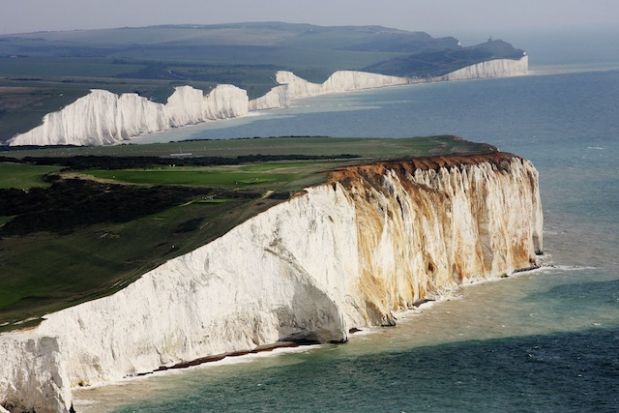 You come across them

or tangled in weed,

gaps between uppers and soles

and you line them up — espadrille,

toes pointing out to sea, watch them rise

on the incoming tide, your fleet

of little boats setting out

on a big adventure, imagine

some of them finding it – their lost twin

nudging the crest of a wave, or washed up

in a place they never dreamt of.

Though most of them won’t —

they’ll sink, be tossed back to shore.

But what a sight, this flotilla

of leather, plastic and rope

on the swell and roll. And why

don’t you take off one of your own

and hurl it over the breaking waves? 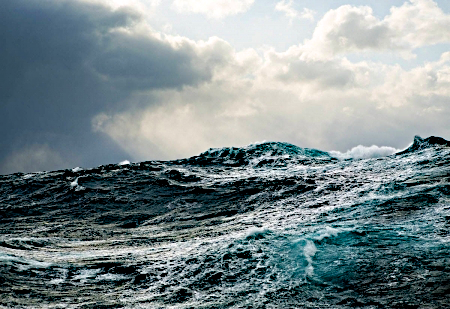 They wash their hands in it.

The salt turns to soap

In their hands. Wearing it

At their wrists, they make bracelets

Of it ; it runs in beads

On their jackets. A child's

Plaything ? It has hard whips

That it cracks, and knuckles

To pummel you. It scrubs

And scours ; it chews rocks

To sand ; its embraces

Leave you without breath. Mostly

It is stomach, where bones, 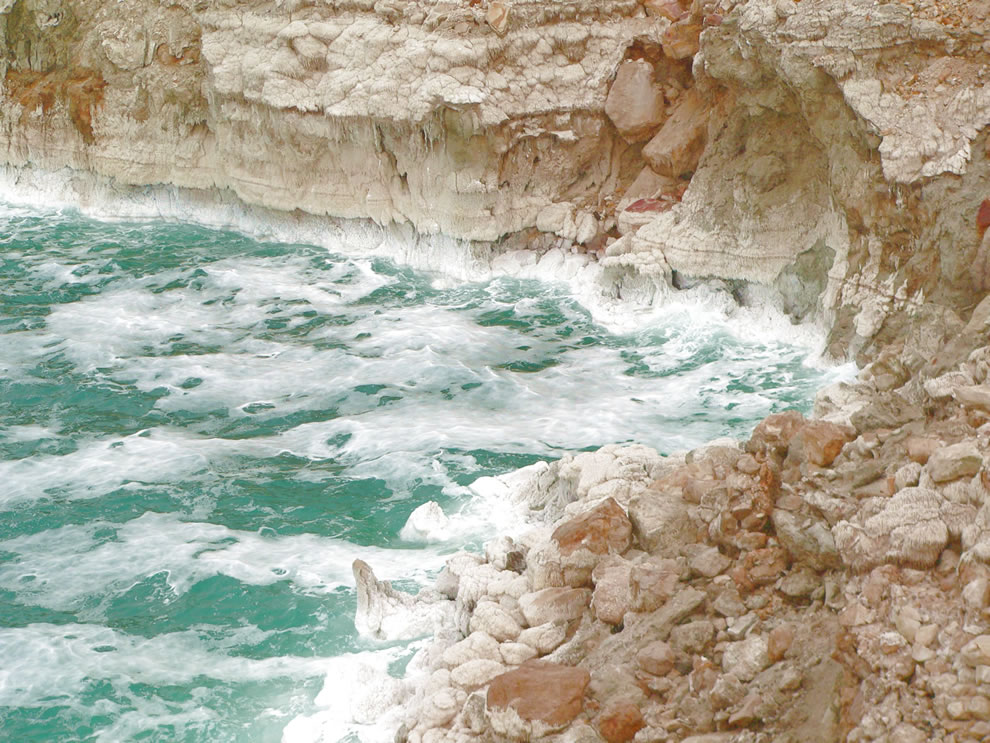 servants of the horizon.

happily or fearfully think of our lives

when we are pulled sideways and widdershins

by forces so pervasive

we don’t even see them.

Still bend we must

and hazard our best guess.

Flick of sail, bird on the horizon.

Hold to that? No, adjust,

First published in The Journal of Wild Culture, January 22, 2015.

YAHIA LABABIDI is an Egyptian-American poet and author of six books in several genres. His writing has been translated into several languages and he has been featured on NPR, Al Jazeera, The Guardian and has participated in international poetry festivals throughout the USA, Eastern Europe as well as the Middle East. His forthcoming book, Balancing Acts: Collected Poems (1993-2014) will be published by Press 53 Silver Concho Poetry Series.

MATTHEW CLEGG is a poet living in Mexborough, South Yorkshire. He currently teaches creative writing at Derby University, Sheffield University Institute of Lifelong Learning, and The Open College of Arts. His first full collection of poems was West North East (Longbarrow Press, 2013). A new collection, The Navigators, will be published in 2015 by Longbarrow Press.

LYNNE REES is a novelist, poet, editor and blogger, Lynne Rees was born and grew up in South Wales, UK. Her most recent books are Real Port Talbot (Seren 2013) and forgiving the rain (Snapshot Press 2012). A book for writers, compiled from the last four years of blog — the hungry writer — is forthcoming from Cultured Llama in Autumn 2015. 'Float' is from Learning How to Fall, Parthian Books, 2005.

R. S. THOMAS. Ronald Stuart Thomas (1913—2000), published as R. S. Thomas, was a Welsh poet and Anglican priest who was noted for his nationalism, spirituality and deep dislike of the anglicisation of Wales. Welsh academic M. Wynn Thomas said: "He was the Aleksandr Solzhenitsyn of Wales because he was such a troubler of the Welsh conscience." Thanks to Emyr Young for suggesting this poem.

ANDREW GREIG is a Scottish writer who grew up in Anstruther, Fife. He studied philosophy at the University of Edinburgh and is a former Glasgow University Writing Fellow and Scottish Arts Council Scottish/Canadian Exchange Fellow. He lives in Orkney and Edinburgh. Thanks to Kieron Bacon of Lines of Landscape for this suggestion, which is taken from Found at Sea, published by Polygon.

* Thanks to Amy Liptrot for asking the question on Twitter — "What are your favourite poems about the sea?" — that got the wave rolling.

The next subject in our series on geo-poems: the desert. Please send them in to journal [AT] wildculture.com 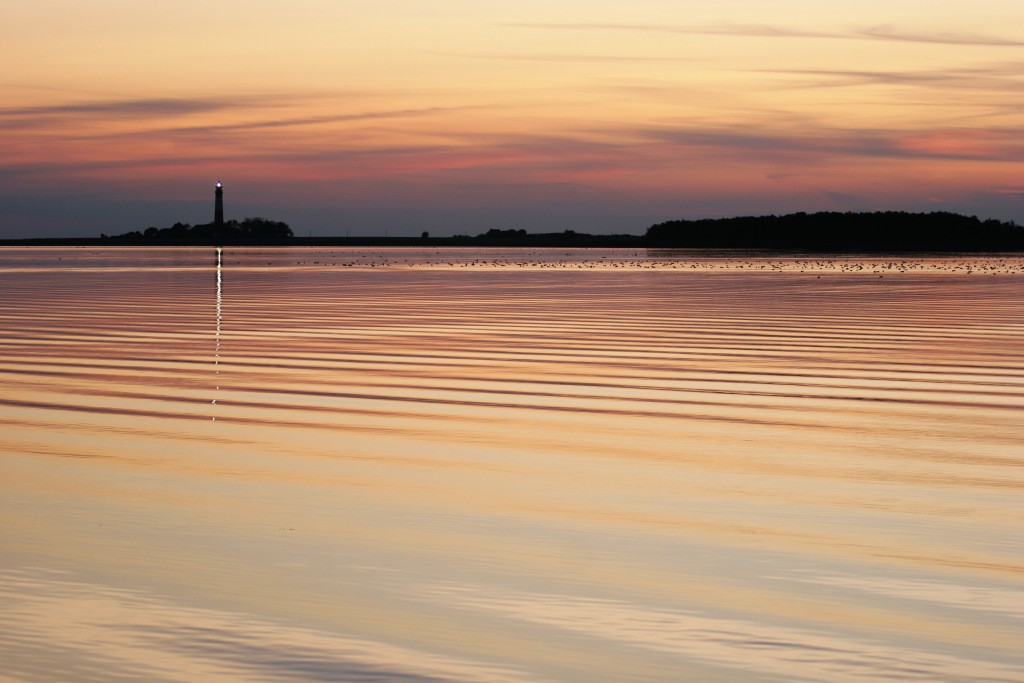 There is a moment in the day

There is a moment in the day

How nice to have a moment in the day when I stumble upon new poetry and new poets and feel lucky to have done so! Delightful. Thank you.

'Why We Bought this Home', and other poems
A Blanket Over Us — 5 poems by Julia Travers
The Loving Ache for Nature: Poems by Lis Sanchez
Looking in and out to Sea
'They know from the look in the farmer’s eyes': 3 Poems by Pete Mullineaux