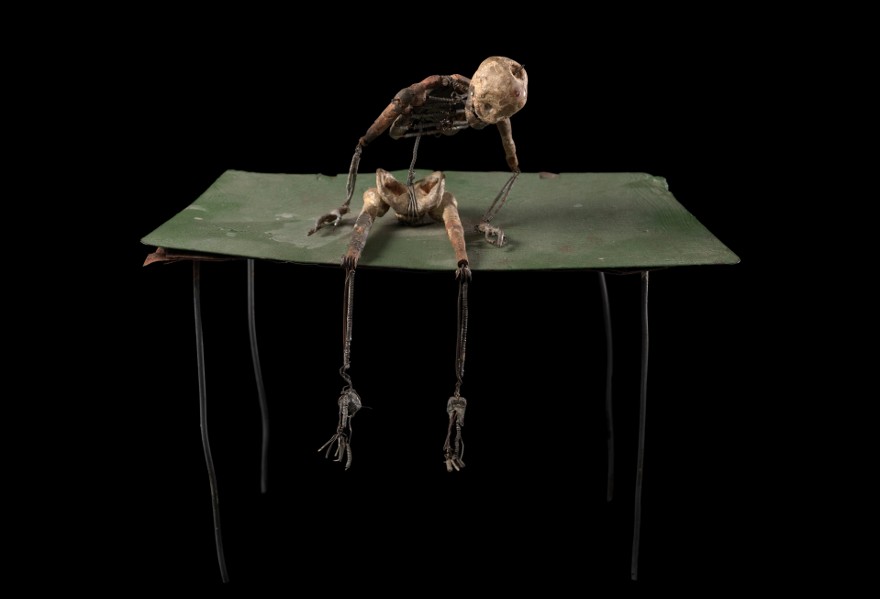 Maybe there’s something in the water. Or maybe it’s just a coincidence. But there seems to be a convergence of thinking around death taking place in London at the moment. Two simultaneous exhibitions – Death: A Self-Portrait at the Wellcome Collection and Doctors, Dissection and Resurrection men at the Museum of London – both explore attitudes towards death across different times and cultures, whilst the launch of Poppy’s Funerals earlier this year suggests that perhaps our understanding of death is finally beginning to change – now, in this culture.

The most high-profile of the two exhibitions is Death: A Self-Portrait. Consisting of over 300 objects owned by Richard Harris, a one-time Chicago-based antique print dealer, Death is the first time that the gallery has been given over to a collection other than that of the institution’s founder, Sir Henry Wellcome. And what a collection it is – featuring everything from Durer engravings to an ancient Mexican earthenware head, relics from Tibet, Mongolia and northern India, works by Goya, Rembrandt, Hogarth and Robert Mapplethorpe, anonymous family photographs, library bookplates, even a promotional calendar for the Antikamnia Chemical Company – rather ironic given that shortly after the skeleton-filled calendars were distributed to physicians, it turned out their analgesics were actually toxic.

With so much sustained focus on death, the danger is of an effect on the visitor exactly the opposite of that intended; that rather than opening our eyes to new ways of thinking about death, the preponderance of macabre imagery merely leads to the all-too-common feeling of desensitisation. By and large though it works – with so much variety in humanity’s response to death, there is something here for everyone. Stand-out moments for me include the mock-funeral initiations of the Independent Order of Odd Fellows; Albert Besnard’s image of a duelling Death, elegant and superior in victory; Otto Dix’s still-powerful The War series from 1924, that transforms death from something cerebral and aestheticised to something industrialised, dirty and colossal in scale. And Goya’s Disasters of War, of course.

The links made between death and photography (by Edward S Curtis in particular) and between death and language are also insightful. Artist Bruce Conner is quoted as saying that “it’s frightening to have things floating around the world with my name on them that people are free to interpret and use however they feel”. This untethering of meaning from the life and intentions of the individual is integral to all language and all art – and to very formation of this strange, vast collection. 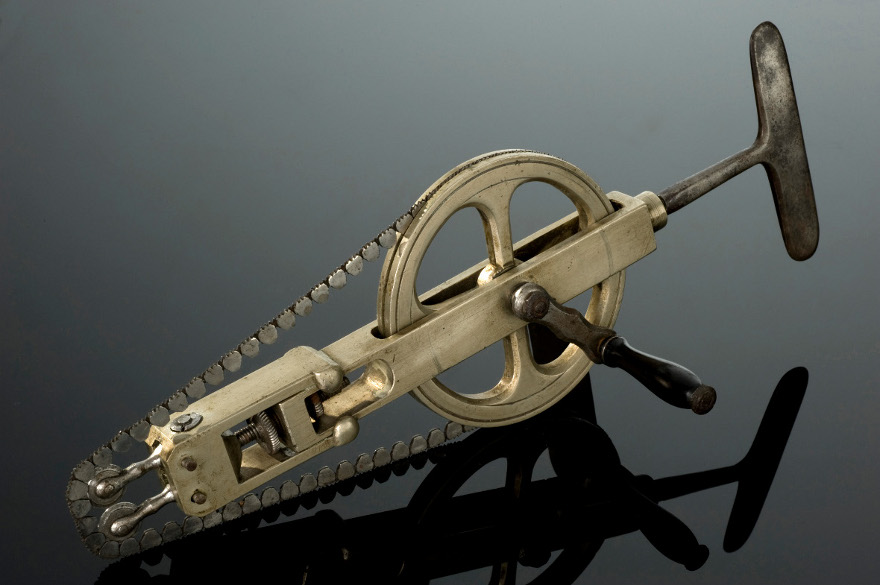 Whilst Harris is interested in the multiplicity of our attempt to understand death, The Museum of London’s exhibition provides a clue to the origins of the current narrowness of our view of the subject. The exhibition takes as its starting point the discovery, in 2006, of a burial ground at the Royal London Hospital in Whitechapel containing a confusing mix of over 260 skeletons – showing extensive evidence of dissection, autopsy and amputation. This astonishing find provides the basis for an exploration of the emergence of science as the dominant discourse in nineteenth century England.

The exhibition tells the story of how a lack of available corpses for trainee surgeons to practice upon led to all manner of unsavoury (and illicit) activities – grave-robbing, murder and other archetypal Victorian skulduggery (literally). But this history of scientific progress is also, unavoidably, a history of poverty, of urbanisation, of education, and of the commoditisation of even that most personal of subjects – the human body.

Make no mistake, this is a pretty graphic exhibition. It’s not so much the tales of criminality (the irritating Cockney voice-overs or the pieces of skin as relics of abduction and murder) but the evidence of institutional violence towards both the living and the dead. The horror of nineteenth century surgery is hinted at by glass cabinets full of tools – tourniquets, cauteries, Sir William Blizard’s elegantly brutal amputation set, even a mechanised skull saw on loan from the Science Museum. But these hints turn to full-on confrontation when the visitor is presented with skulls cut forcefully in half – both horizontally and vertically – or with the occipital bone from the back of a skull, punched through with dozens of holes. There hardly seems to be a discrepancy between the treatment of the living and of the dead.

No wonder there was so much opposition to the Anatomy Act of 1832, coming as it did at the same time as the establishment of the workhouse under Nassau Senior and Edwin Chadwick. It’s in this period that we see science and economics coming together as forces of objectification, enacting particularly strongly upon the poor, placing them in institutions – workhouses, hospitals, prisons – and claiming control of the body of the individual, both in life and in death.

It is in this era that our understanding of death begins to narrow, and it is the cultural specificity of this narrowing that both the Museum of London and Richard Harris make clear. Neither exhibition, however, comes close to the Wellcome Collection’s show from back in 2008 – Life Before Death, an incredible insight, in photography and text, into the relationship between the public and private sides of death, the personal and the institutional. Even there however, death remained elusive: ever-present, ever slipping away.

Death: A Self-Portrait is at the Wellcome Collection, London until 24th February 2013.

Doctors, Dissection & Resurrection Men is at the Museum of London until 14th April 2013. 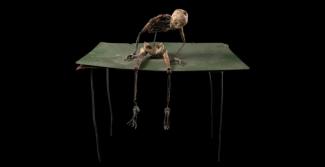 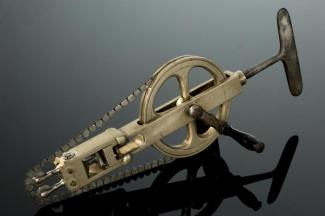 Superhuman at the Wellcome Collection
Cartographies of Life and Death
Is Finding Art Useful a Problem?
Brain Collecting: the Berlin Museum of Medical History
Eric Manigaud — The Shadow Line