Poems from an earlier #MeToo

Category
Prose, Poetry & Poetics
Sex & Sexualities
Suffering & Violence
Poems from an earlier #MeToo
by Jan Beatty , Maxwell Johnson
Published: Dec 17, 2017
Standfirst
Five poems by a remarkable poetic voice about today and yesterday and hopefully not so much tomorrow. Some of these poems were written years ago, but all of them speak to the issue that has emerged in the last two and a half months, and the massive change in our knowledge and thinking about what goes on, and what ought not go on, in the sexual realm in the workplace. Photographs by Maxwell Johnson.
Body

I shoot the old man who followed my 11-yr-old body on Smithfield St/because
I smiled at him/because it was Xmas/I shoot the man who jacked-off/on
the bricks of our house/put a ladder to my window when I was 12/I shoot the
professor who said my work was illogical, then used me for publicity when I
won an award/the businessman who wanted to talk about my teenage
breasts/I’m loading & re-loading/the guy who walked up to me when I was
a cashier & asked about my “hole”/I hope you still like me when I say the
gynecologist stuck his tongue down my throat when I was 16/the writer who
read his gang rape poem to a room of women students/I’m putting my finger
on the problem/the men who pose as feminists/the predators/the rapists/the
bullies & thugs among us/my uncle who tried to kiss me when he was
drunk/my 60-yr-old neighbor who grabbed me when my parents weren’t
home/it was my fault/a man named Roy who wouldn’t stop when I said no/he
said shut up, he said now/he taught me to love the trigger/I’m shooting the
cook who grabbed me from behind in the restaurant kitchen/the famous poet
who said there are no great women writers/the boyfriend who left his handprint
in black & blue/the men who say we’re too serious, prettier when we smile/I’m
smiling & shooting/the shrink who tried to lock me up/the boss who gave me a
ride home/wanted a blow job/pushed my head down/the poet who said I didn’t
praise him enough/here’s one for you/the restaurant manager who told me
to grow a thicker skin & wear a skimpy uniform/because really we have an
attitude/we need to lighten up/I shoot all the men I’ve left off the list, so I don’t
have to worry my pretty little head about it. I’m in the belly of a bird and I’m singing red—
my sharp crest spiking when I down-slur.
I’m your mother’s voice as she spots me
from the old porch, the shrill
of the stand-up Yamaha, the vibrating e-string
on the yellow Strat—
Will you love my loud, metallic song?

I like to sit low in the shrubs,
and hang out in the woodlots.
Don’t try to explain my sound—
it’s too red, too
hot—
Look at me hunched over, my tail
pointed straight down.

It’s just a small fire in me but soon
it will flame,
with the next intruder, the next shot
of wind, the next mourning:
filling the air with a dark carbon—
it will take your head off
a thousand times over. 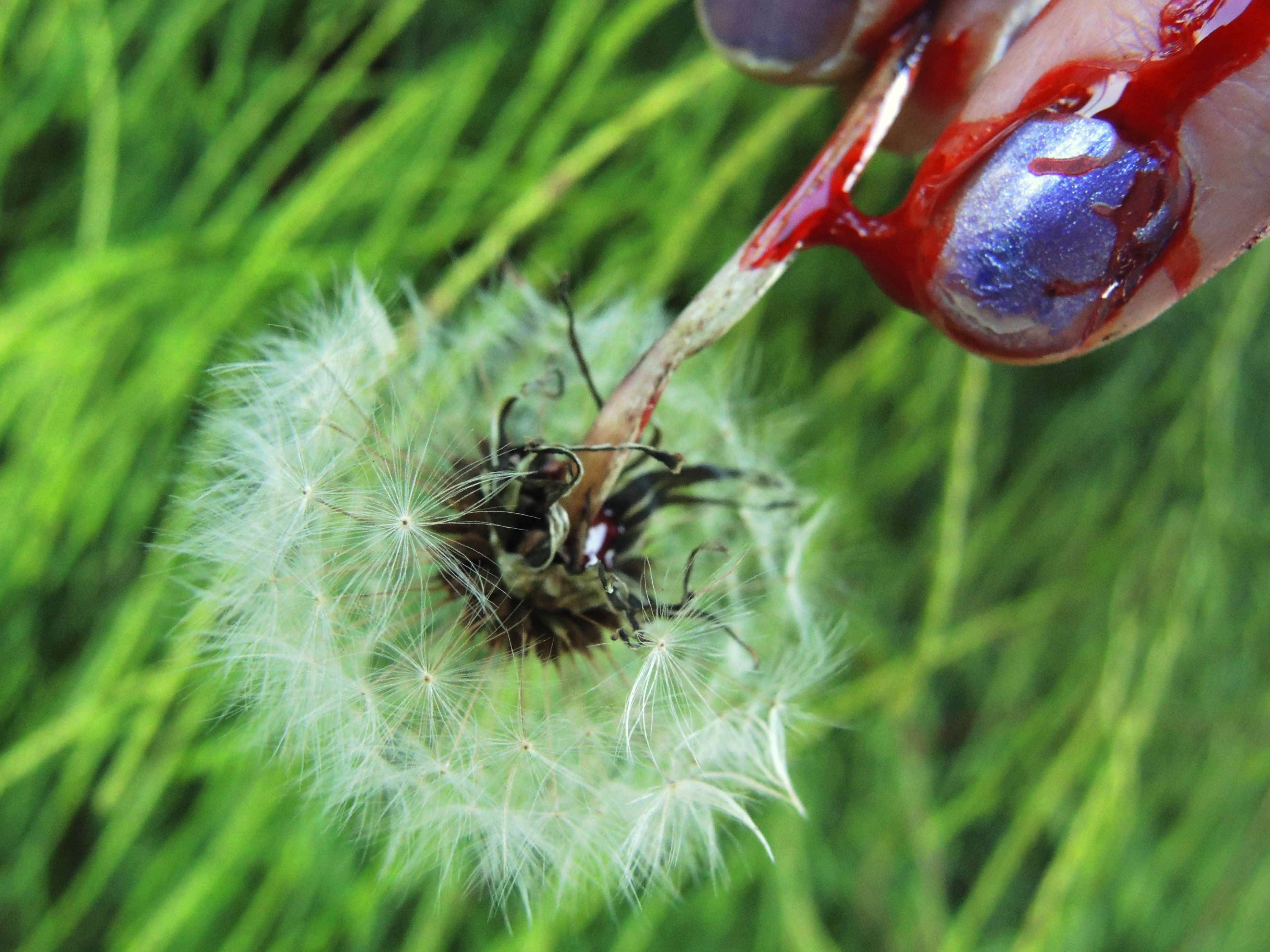 When I was young, I was a comet
with an unending shimmering tail,
and I flew over the brokenness below
that was my life. I didn’t know until I was
twelve that we carry other bodies inside us.
Not babies, but bodies of blood
that speak to us in plutonic languages
of pith and serum. When I was
six, there was a man in the woods,
naked. I didn’t know him, but I knew
he was a wrong kind of man/so I ran.
With my inside body I see his skinny
white bones and curled mouth, he looks
like sickness and it’s the body inside me
that’s running, my red sugar body
that shows me the brutal road to love,
the one good man, the one song
I can keep as mine. I heard it once
when I was waitressing, something
made me turn my head, made me
swivel to look at a woman across
the room, wasn’t even my station,
but the red sugar said, go. When I
saw her up close, I knew she was
blood. I can’t explain this—I only met
my mother once. I said, Do you know
a woman named Dorothy? Her face
was pale, she said, No—in that hard way.
Maybe her red sugar told her to run—
but before she left, she grabbed my arm,
said, I did have a sister named Dorothy,
but she died. Two inches away from her
dyed blond hair, I said, okay, but both
our inside bodies knew she was lying.
Some people call it eating weather—
the way you swallow what you know,
but keep it—later it rises like a storm
from another world, reptilian and hungry.
It’s the thickness that drives us and
stains us, the not asking/just coming/
the cunt alive and jewel-like/the uncut
garnet and the lava flow/it’s barbarism/
bloodletting/the most liquid part of us/
spilling/spreading/the granular red sea
of sap and gore/sinking/moving forward
at the same time/slippery/red
containing blue/it’s the sweet,
deep inside of the body 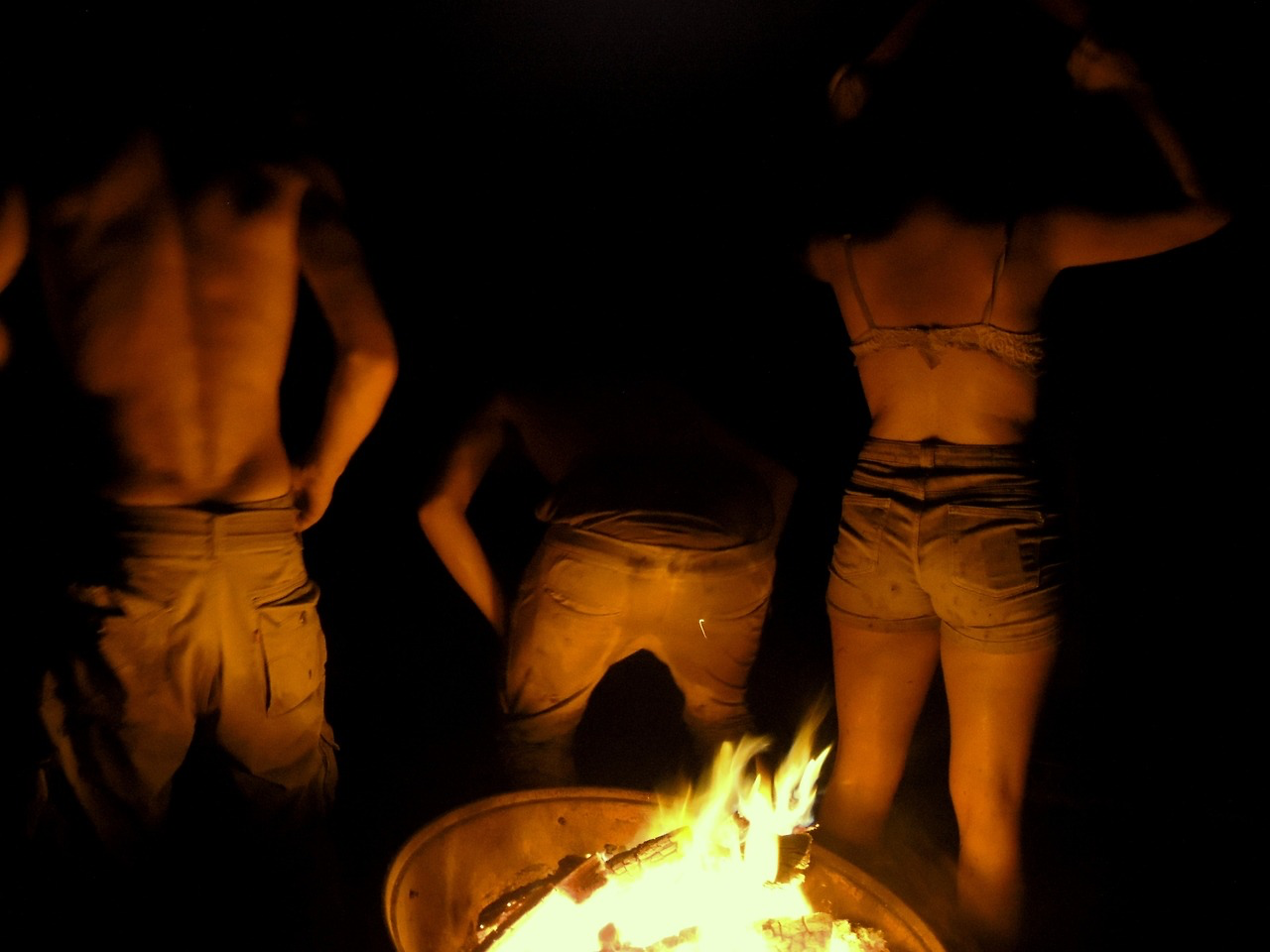 Edge, verge, labium. Flange, impertinence, recompense.
Road to the mouth inside us, the blue-red slippery,
the not quite in. Insolence, convexity, lip lip
rim. Body collar, curb of the pussy, furbelow, flounce.
Skirt of the known world, threshold to the threshold,
trim. Margin of the valley between thighs, sidle up/
jump. Brink of your first happiness, almost
oops, you’re in/edge on.

liplipliplip/bopbopaloobop/as good as dope/almost.
The swoop, the junction, the original front lawn,
one less than a trois, spank it, frisk it, the light goes
on. Sidewise smile, gateway to red. Light summer
jacket & your mama said: save it for a rainy day,
wear a light jacket on a summer night, but she
never rocked the body electric, original e, she
never sang it like that/did your mama? Ever
turn over, drive right up to the window,
say, I’ll take some. Give me some spurt, some
rush, some one more time, some honey,
I’m the city, I don’t need your map.

Two dollars and sixty-five cents
at the Hot Spot Take-Out Shack
for one chili dog and a coke,
Birmingham, Alabama, 1979.
I kissed a Greyhound bus driver
too many times so I could eat,
I got one chili dog, I wanted two,
thought I’d get two. Lucky I’m not dead.
I asked him about his children, his
fourteen-year-old daughter saved my life,
pulled up his rotten conscience like
regurgitation, black bile memory—I said
How old is your daughter, afraid he’d want
more for his money, and in the slant light
of his dark Chevy he saw a slice
of my young girl face and said,
She’s fourteen, I better get you back
to the depot, and the black stench
of his twisted conscience wanted one more
kiss, one more kiss to get me back
to the bus station and my long ride home,
to wanting to spit up the dark beans,
their reddish bodies staining my insides
like a dead baby, like a blood spill,
my heart pumping its mad river with
sixty cents in my pocket and twenty-six
hours till home, I prayed for rain,
I prayed for morning. 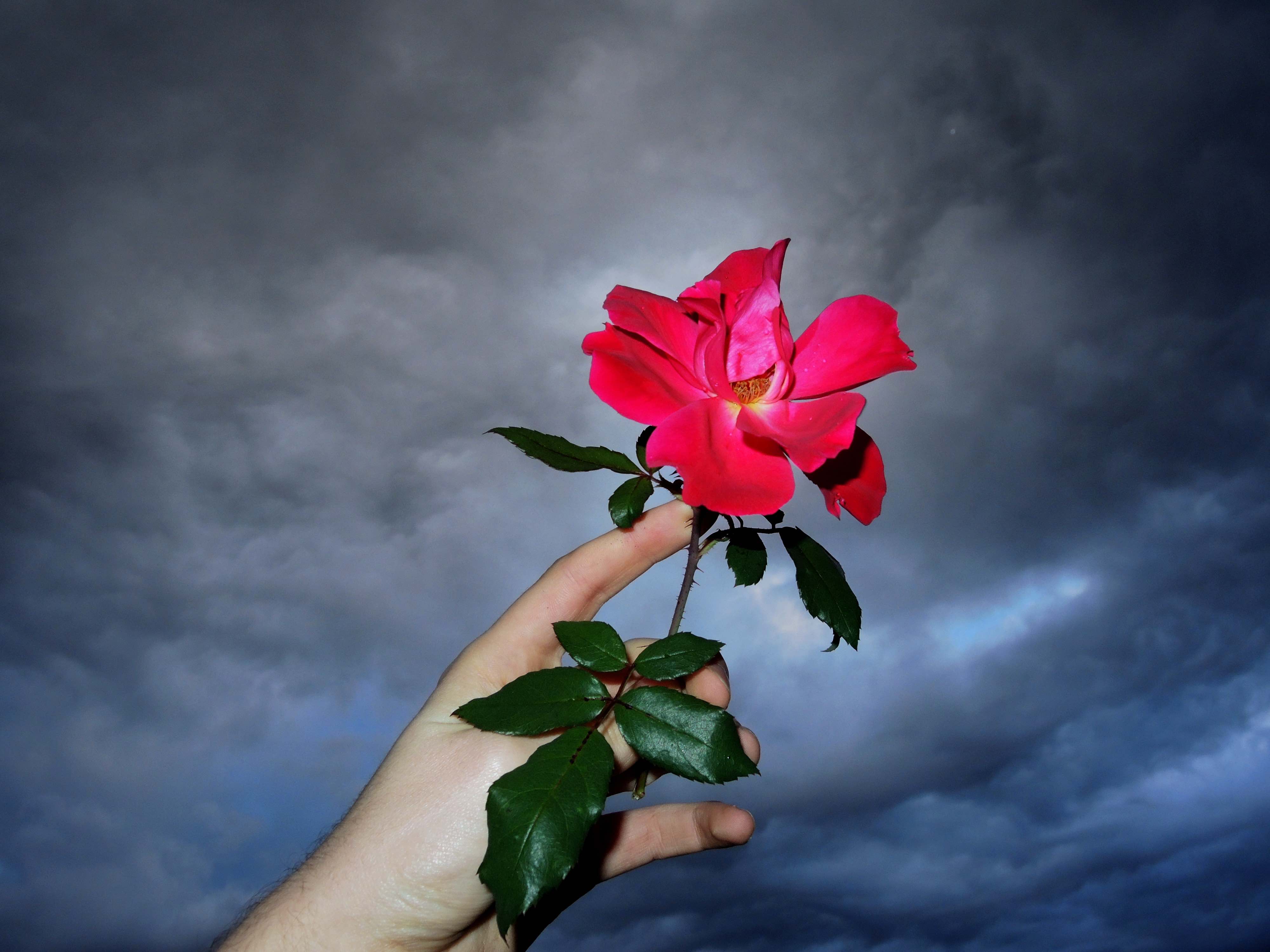 I was born in Roselia Asylum and Maternity Hospital in the Hill District in Pittsburgh, Pennsylvania. It was a home for “unwed mothers,” where women had their babies and then left them there. This was a defining fact of my life, and remains a primary loss.

Pittsburgh. The beauty and struggle of Pittsburgh’s history of work and steel define me in a sense of place and purpose.

If you were going away on a very long journey and you could only take four books — one art book, one fiction or poetry, one non-fiction, one theory or criticism — what would they be?

At what point did you discover your ability with your writing?

It was always there.

The need to stay alive and speak.

Read everything that you can. Study with someone you admire. Never quit.

I’m thinking of fields of dirt, Wyoming, and radiance.

It means having choice about what you do, and sharing it.

JAN BEATTY worked as a waitress for fifteen years, and as a welfare caseworker, abortion counselor, social worker and teacher in maximum-security prisons. She is host and producer of Prosody, a public radio show featuring the work of national writers, and directs the creative writing program at Carlow University. Jan's fifth book, Jackknife: New and Collected Poems (2017), from which these poems came, was published by the University of Pittsburgh Press. The Huffington Post named her as one of ten women writers for “required reading.”

MAXWELL JOHNSON is a young photographer whose work can be seen here. Their photographs were used previously to illustrate the first publication in these pages of the poems of Amelia Williams.

PUBLISHER CREDITS FOR THE POEMS

Poems from an earlier #MeToo
Gifts of lurking pain: 6 poems by Allen Braden
Three poems: 'Notice', 'Guest Room in Toile', 'Dream of the Ink Blue Parlor'
A Male Response to #MeToo
'They know from the look in the farmer’s eyes': 3 Poems by Pete Mullineaux

Gifts of lurking pain: 6 poems by Allen Braden
Three poems: 'Notice', 'Guest Room in Toile', 'Dream of the Ink Blue Parlor'
'The Event'
The Suitcase, Ode To a Lover on the Susquehanna, Night Trek
Longing is a River That Never Ends