Create solidarity between the haves and have-nots

Category
Suffering & Violence
Religion, Mysticism & Ritual
Economics & Economies
Create solidarity between the haves and have-nots
by Eliot Rausch
Published: Jun 14, 2020
Standfirst
Walter Brueggemann is a renowned Protestant Old Testament scholar and theologian at Columbia University, well known for arguing that the Church must provide a counter-narrative to the dominant forces of consumerism, militarism, and nationalism. In this 16 minute film, Brueggemann confronts our subservience to what he calls 'the totalism' and how serving opposite sorts of forces in everyday life can lead us out of the current distress.
Body

I don't think we have a clue about our history of racism, about which we do not want to speak.

BRUEGGEMANN  With the umlaut (¨) it should be Breeggemann. But nobody says it that way.

RAUSCH  Do you think that's why you've been, like, a hidden mystical prophet — because people can't spell your last name and search you on Google?

BRUEGGEMANN  [laughter] Could be!

RAUSCH  God’s protected you with a complicated last name.

RAUSCH  Does God ache, Walter? Is God up there weeping, with us weeping?

BRUEGGEMANN  I think so. In Jeremiah and Isaiah, you have some of God's romance. In fact, I tried to make the case out of that. I did very well, but the prophets portray God not so much angry as sad.

RAUSCH  So is God using our suffering? Using or creating it — causing it?

BRUEGGEMANN  I don't know, but I think people would say: not causing it but making use of it.

BRUEGGEMANN  I don't know if that's Calvin particularly. That's good Christian theology. It would be like, I suppose, the crucifixion of Jesus: God didn't cause it, but made good use of it. 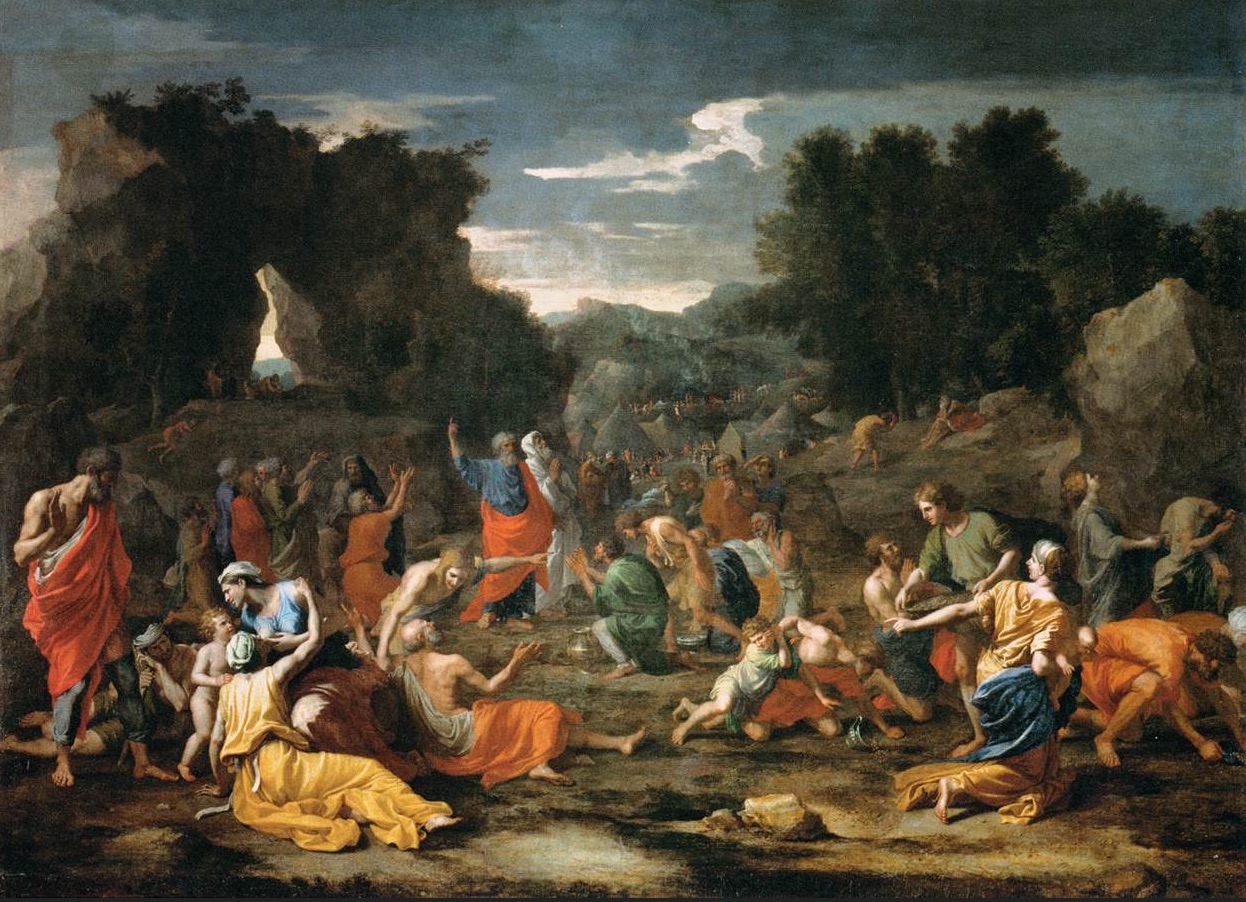 RAUSCH  So is there an atonement?

BRUEGGEMANN  I don't know. I always say that's above my pay scale.

RAUSCH  Those are hard questions.

BRUEGGEMANN  They are, that’s right. I'm much more interested in the economy than I am in atonement.

RAUSCH  And why is that?

BRUEGGEMANN  I study the Old Testament, which I've come to think of, more recently, as essentially a book about economics. I've written a book recently called Money and Possessions and I learned so much by doing that book.

RAUSCH  And it's something we just don't want to talk about — for some reason.

BRUEGGEMANN  That's right. We’ve invented categories to avoid. The issue is not really socialism or capitalism. The issue is how do we organize the economy to act out the deep truth of neighbors. I suspect we're always going to have that we have now is a mix of socialism and capitalism. It's always going to be a mix. And to have an argument about those mantras I think, is wildly unhelpful.

RAUSCH  Have you changed your mind a bit? Do you feel like it's less about trying to attack the ideology and form a new language around?

BRUEGGEMANN  We have to do both. We have to do critical teaching about the ideology — and we have to be politically engaged locally and in every way you can imagine. But the political engagement is no substitute for ideology critique. We have to do both. And for the purposes of any ideology critique, the Bible is a huge, urgent reference point. And the reason it continues to be a huge reference point is that the Bible is treated in distorted ways as a legitimator of that destructive ideology, so we have to have an argument about that.

RAUSCH  And do you think that's why there's a bit of a mass exodus, because the prosperity gospel, in some ways, isn't truly transforming the community?

I'm much more interested in the economy than I am in atonement.

BRUEGGEMANN  No,. The prosperity gospel is a fraud from the ground up, because it's simply an endorsement of pragmatism and individualism. It doesn't have anything to do with a neighborly economy.

RAUSCH  As we're making this film, how do we have eyes to see? Is it our job to begin to dissect everything which is so entangled this way?

BRUEGGEMANN  It is. It depends on what you want to do, and what you're able to do in the film. But if the film is a part of the teaching — of what I've said already in my book, Prophetic Imagination — is that the two pieces of work are to critique the ideology that is a phony worldview, and to imagine an alternative; and the alternative is a neighborhood. So that's the work, and what I hope is that your film will get on both those tasks.

RAUSCH  But this is really stepping out into a certain wild wilderness kind of trust that something out there, that's not here, is going to come in.

BRUEGGEMANN  That's right. In Israel — in the paradigmatic story — is the Exodus. They were in Pharaoh’s totalism, and they left and they went to the wilderness, and they thought they were going to die: because if you leave the totalism it feels like you're going to die. And what they found there was manna bread. What they found there was meat from quail that flew in. They found water from rocks. It turned out that everything they needed for life was available in the wilderness. But, they had been led to believe by Pharaoh that you couldn't live out there because Pharaoh was not sending supplies. It turned out in the narrative that God provides for life outside the totalism. And then, in the New Testament, that wilderness story gets reperformed when Jesus does his feeding miracles in the desert, in the wilderness. He feeds 5000 people, then he feeds 4000 people. We saw that what the church wants to say is, if you stay close to Jesus, there's plenty of bread. We don't know how. We don't explain it. It's a start. These are astonishing stories!

RAUSCH  But would you argue that until you step away from the dependency or attachment you can't truly . . .

BRUEGGEMANN  That’s right. You cannot, we cannot know it. And most of us are not ready to step away very far.

RAUSCH  The Gospel, the Sermon on the Mount: how do you understand it in this context? Was it a bunch of poor people that have left everything? 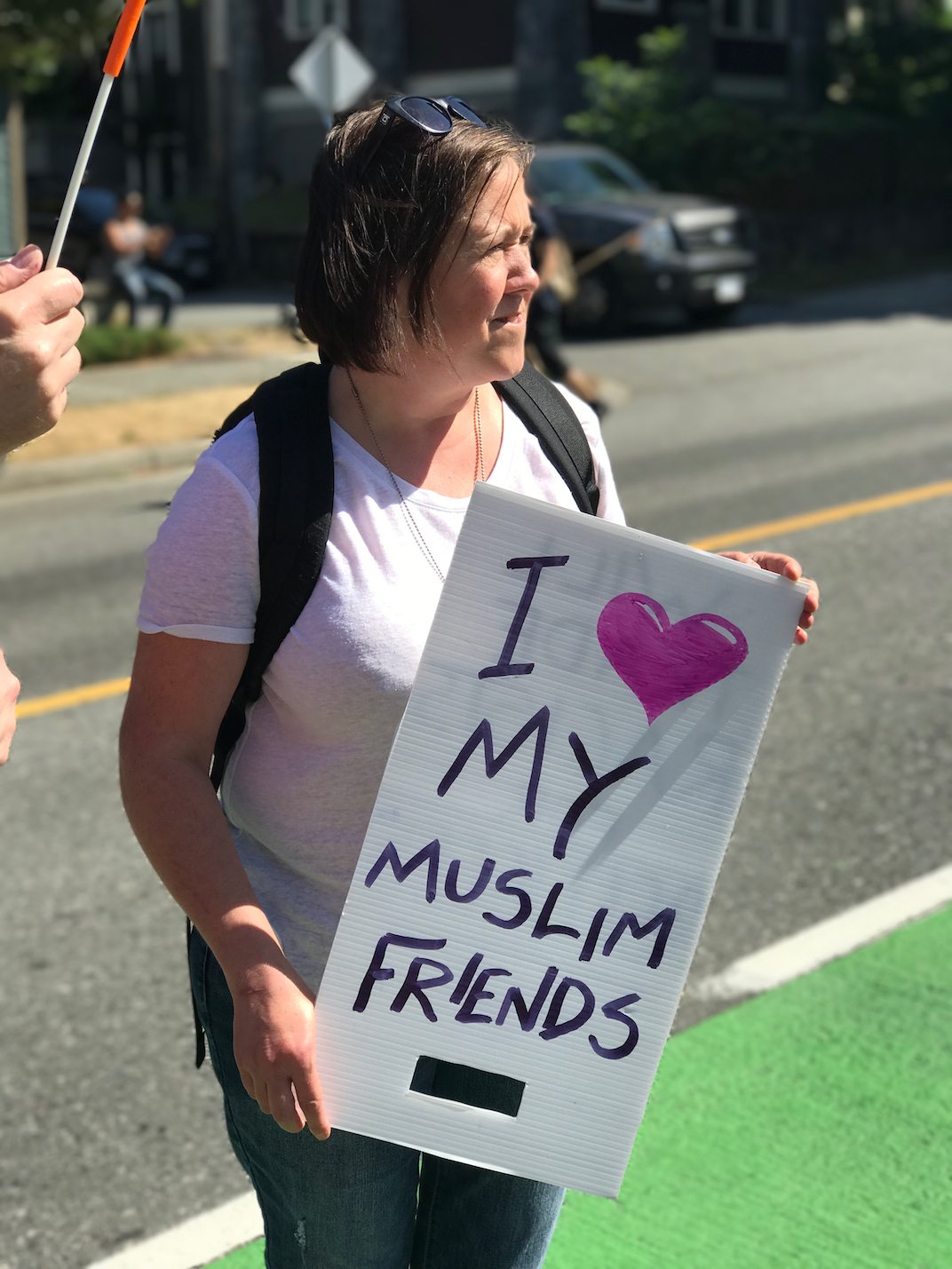 "My life and my wellbeing and my freedom all depend on the fabric of neighbors." [o]

RAUSCH  Do you believe that?

BRUEGGEMANN  I believe that. I don't always have the courage for it, but I believe it.

RAUSCH  What about grieving with those who grieve?

RAUSCH  What do you think about this putting off a certain lament, or, putting off the grief that's actually here now upon us? It almost feels like we're too afraid to grieve the mistakes we've made.

BRUEGGEMANN  We will not get past our violence till we do that. We have to have a great national reckoning about our racism. It's just astonishing when you think about how racism has dominated Congress, dominated the Supreme Court. It’s written in the Constitution. I don't understand that very well, but I don't think we have a clue about our history of racism, about which we do not want to speak. 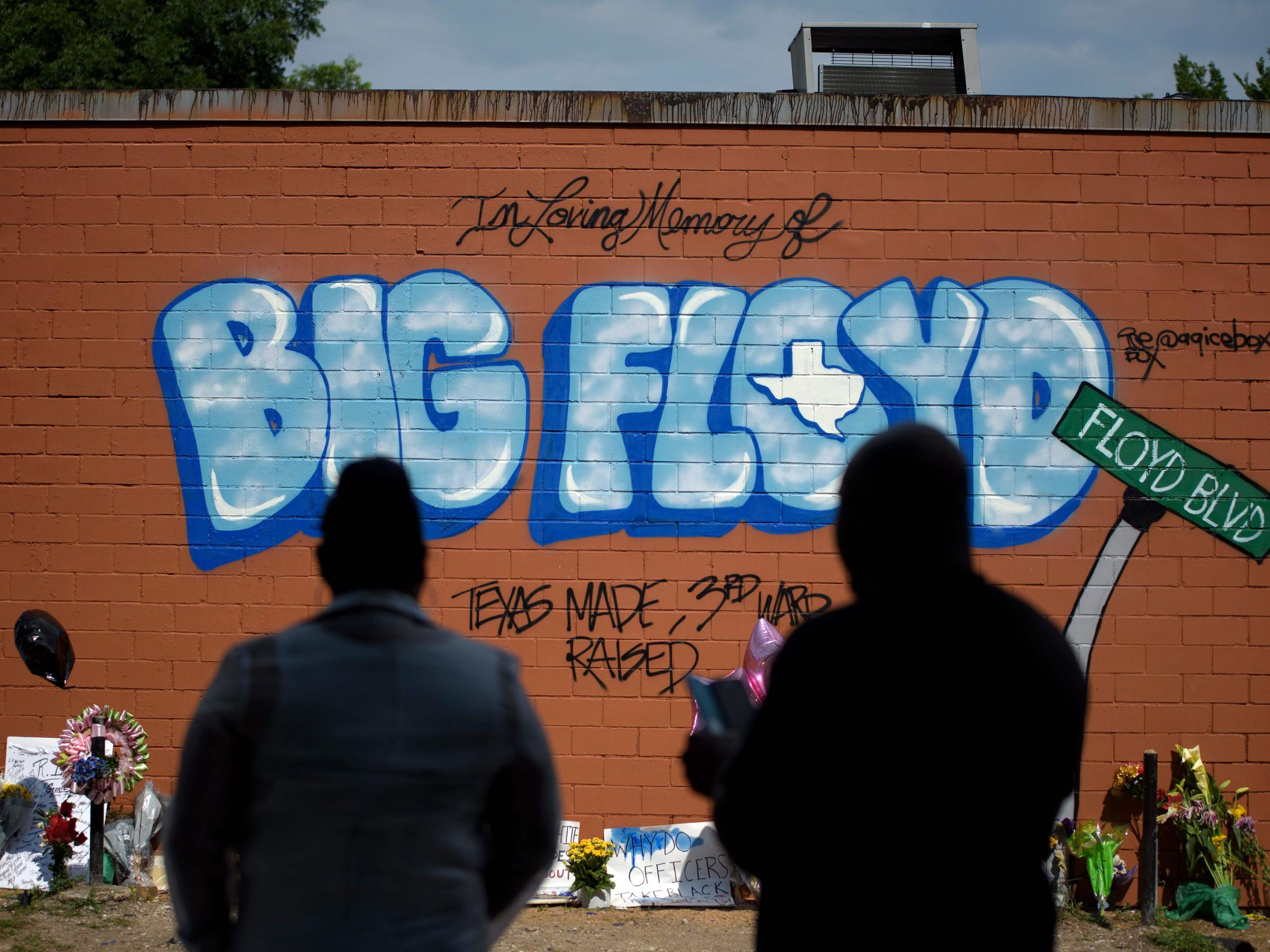 "We have to have a great national reckoning about our racism." [o]

RAUSCH  And you don't think it's socio-economic?

BRUEGGEMANN  It's all of that, it’s multidimensioned. For obvious reasons of color, we're more likely to be aware of race than we are of class, because it's so easy not to notice. As soon as someone from below calls attention to class, people who are on top say, “Oh, that's class warfare!”

RAUSCH  But isn't it kind of primal, a sort of survival of the fittest. . .?

BRUEGGEMANN  The deepest ideological mistake is to ask the question: What is the social unit of meaning? We have been taught that the social unit of meaning is the individual person. So, it's me in competition with all the other individual persons. Or, as the covenantal tradition of the Bible says, if the social unit of meaning is the community — and that's a huge contrast — so that my life and my wellbeing and my freedom all depend on the fabric of neighbors. In a biblical ethic, the neighbor is definitional. But in a market economy there are no neighbors; there are only competitors, rivals, and threats. The goal is complete privatization — because I don't want my affluence used for the sake of someone else's wellbeing. The biblical ethic that you shall love your neighbor, as you love yourself, is non-negotiable. That's what's in jeopardy among us. ≈ç

ELIOT RAUSCH is a filmmaker whose short films and documentary series have won numerous awards. He worked alongside Alejandro González Iñárritu, directing the documentary A World Unseen, a complimentary piece to The Revenant. He remains a local where he was born and raised, in Los Angeles.

BITTERSWEET MONTHLY is a magazine website that presents short films that “counter the negative new cycle using art to transform statistics into stories, and awareness into action.” They are the non-profit arm of Bittersweet Creative, a media production company based in Washington, D.C.

Create solidarity between the haves and have-nots
Christmas dinner that was duck
A Test of Our Humanity
Are we aware of what public controls are doing to everyday life?
Candy? Candy?

Christmas dinner that was duck
A Test of Our Humanity
Are we aware of what public controls are doing to everyday life?
Poppy's Funerals
Finn Lafcadio O’Hanlon: History Puts A Saint In Every Dream