When Ice Molecules Meet Black carbon
by Carol Devine
Published: Apr 07, 2018
Standfirst
Microplastics and heavy fuel oil, to name two . . . How the metamorphosis of ice is beckoning us, and how we might respond.
Body

One of the author's cleanup expeditions in the Arctic.

Black Carbon is like what you might imagine — tiny dark particles of pure carbon. I first learned of it in Iceland in 2016, at the Arctic Circle Assembly. Panelists were addressing a variety of topics — from the rapid increase of Arctic shipping due to dwindling sea ice, search and rescue, oil spills, indigenous rights — and this ominous thing I 'd never heard of.

Two thirds of black carbon in the Arctic is traced to the use of heavy fuel oil (HFO), which emits black carbon during combustion. According to the International Council on Clean Transportation, "HFO is the bottom of the barrel leftovers from the oil refining process. It is incredibly viscous...the consistency of peanut butter. HFO is the preferred fuel for the marine shipping industry because it’s cheap, widely available, and large marine engines are built to handle it." Black carbon gets into our atmosphere through heavy fuel oil that many ships use, as well as through burning for agriculture, wildfires, wood combustion for heating, and gas flaring. 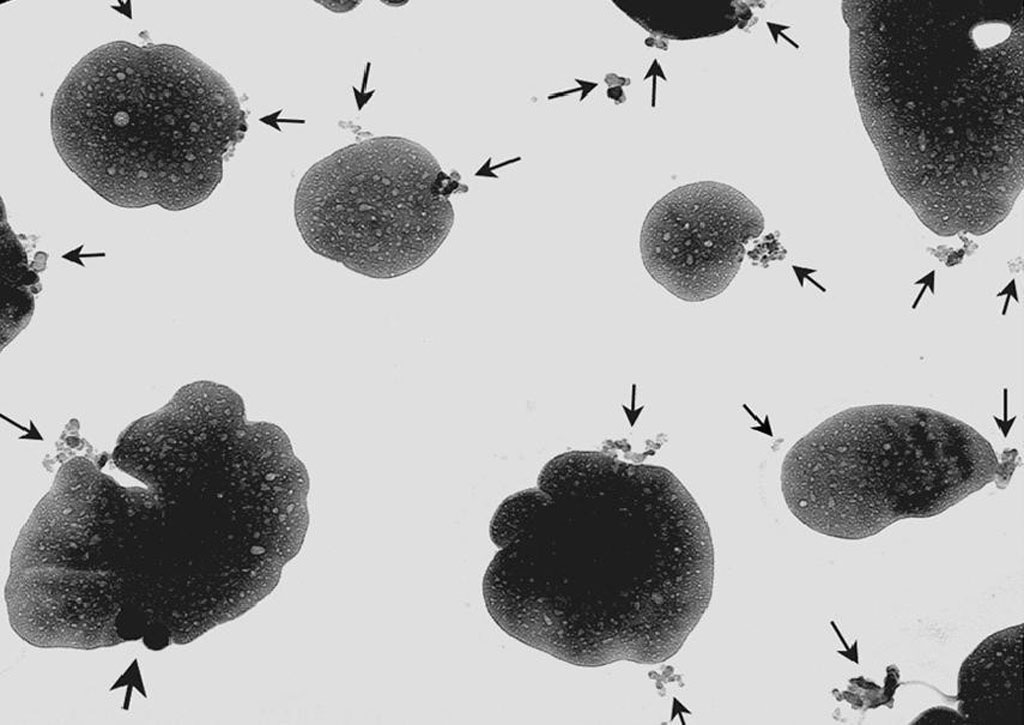 I immediately wanted to see what black carbon looked like, a component of fine, particulate matter. I tracked down an electron microscope image of black carbon clumps attaching to sulfates. These wee particles wreak havoc especially in the Arctic and everywhere south. But that's the last I thought about black carbon. Until last summer on a sailboat in the Irish Sea.

At the 11th hour I joined and all-female sailing expedition circumnavigating the UK to do a survey of plastics and toxins. In every sample we found visible plastics, and the finer samples we sent to labs and early results showed microplastics, tiny plastics. Evidence grows daily on the potential harm of microplastics on human and marine ecosystem health. 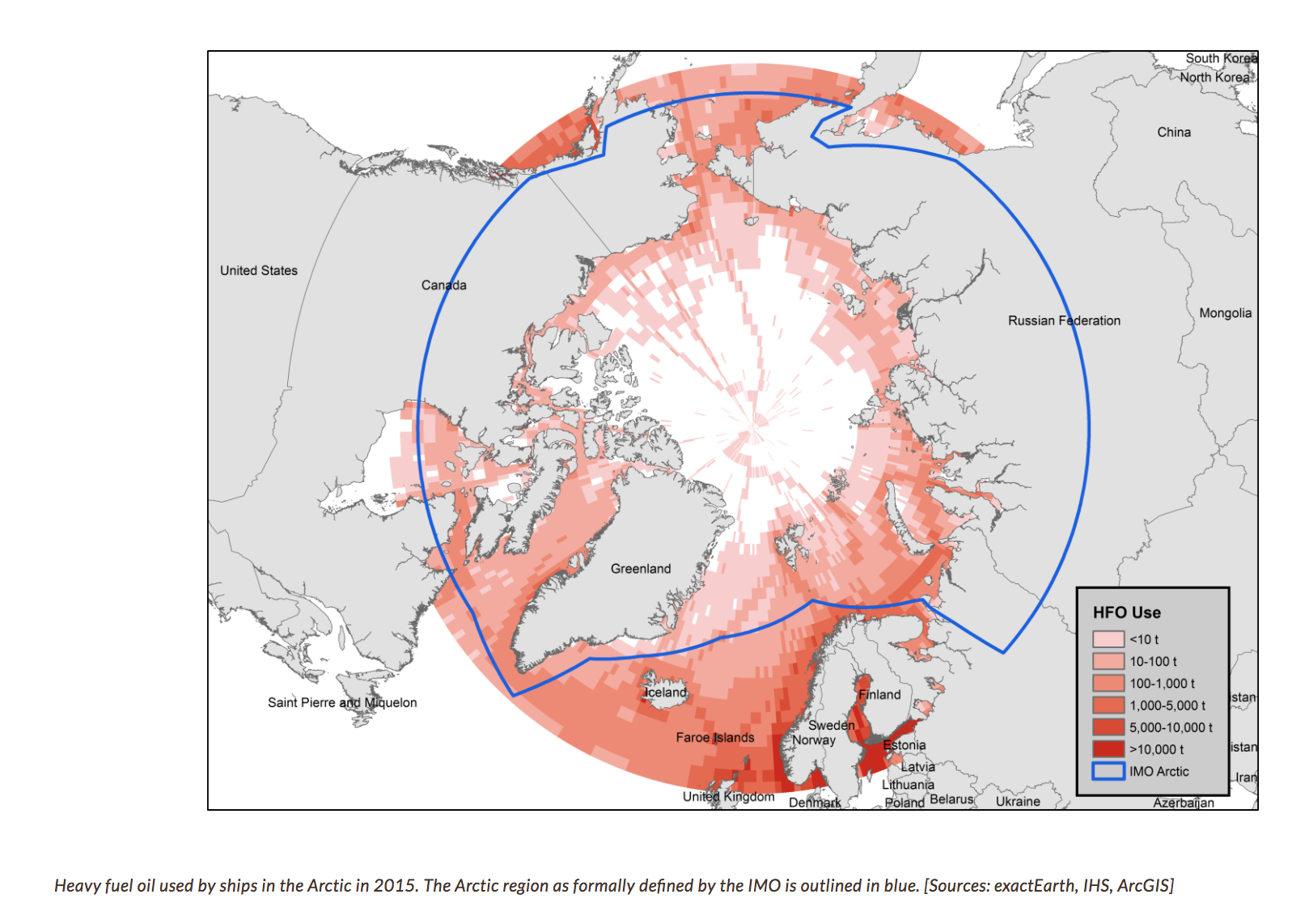 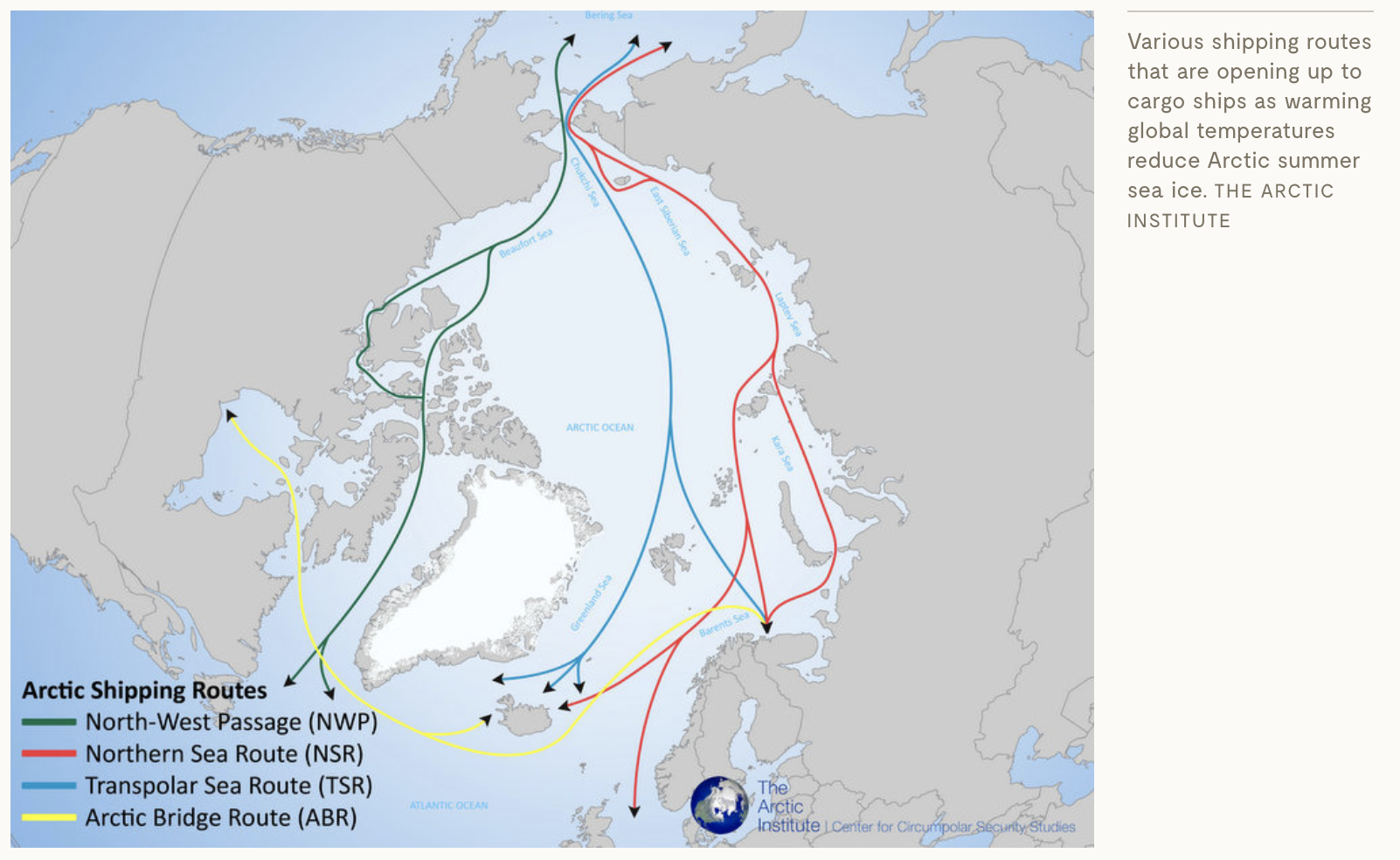 "HFO is the preferred fuel for the marine shipping industry because it’s cheap, widely available, and large marine engines are built to handle it." [o]

On this expedition I met Dr. Lucy Gilliam, eXXpedition co-founder, an avid sailor and an inspiring environmental scientist whose articles have appeared in these pages. As she works on clean shipping, we got talking about black carbon. Lucy asked me if I'd sign and help seek signatories for a commitment to ban use of HFO in the Arctic. The goal of the campaign is to phase out the use of heavy fuel oil from Arctic shipping, led by 15 not-for-profit organisations.

I needed to know more about black carbon, so I could support this campaign in a more informed way. One of the crucial facts I discovered was that these particles and the sun are tied together. Black carbon matter absorbs sunlight and give soot it's black hue, creating 'dark snow' seen on glaciers — from Canada and Greenland to the Himalayas. 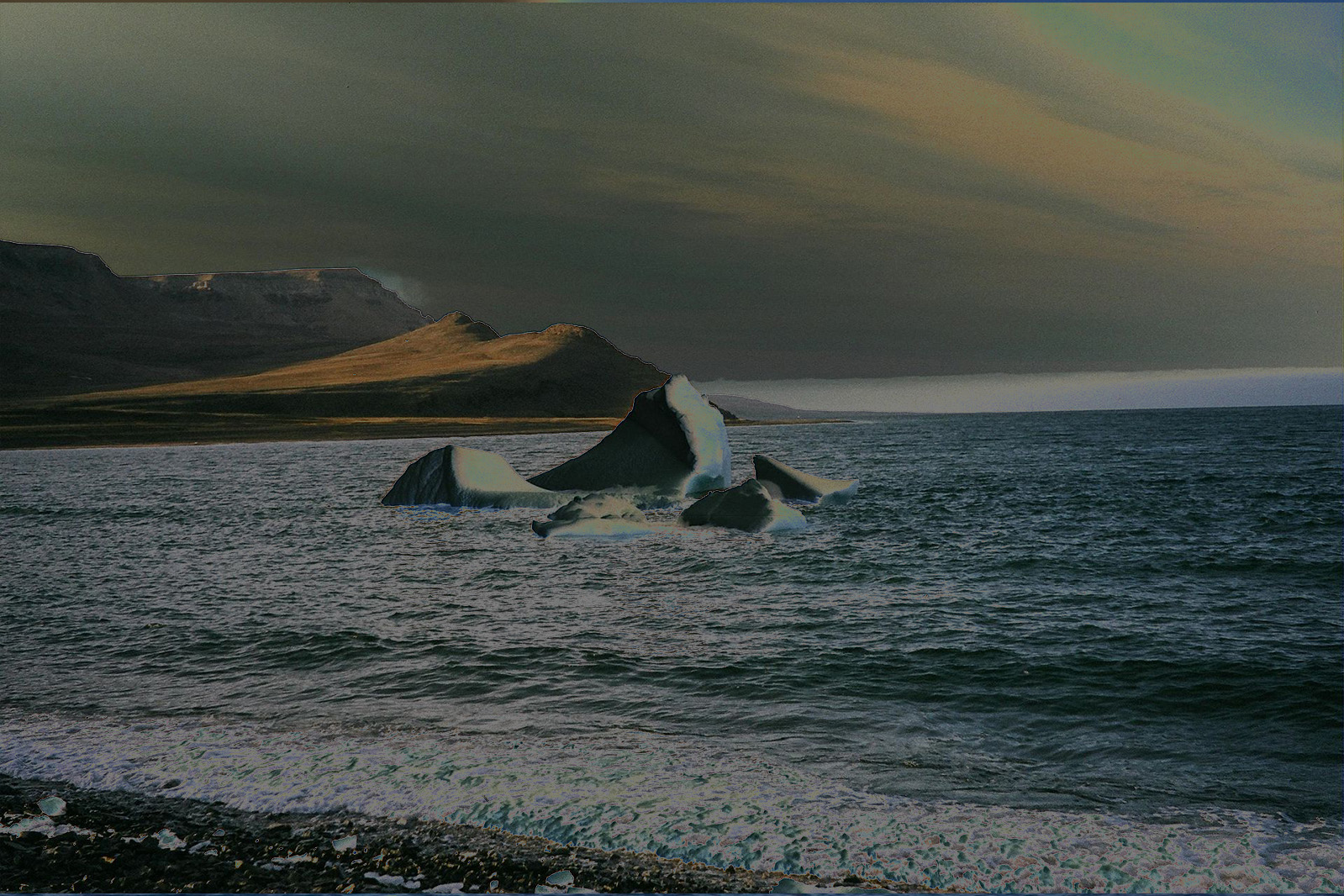 "Black carbon is the most solar energy-absorbing component of particulate matter," says Renee Cho of Columbia University's Earth Institute, "and can absorb one million times more energy than CO2... When it falls to earth with precipitation, it darkens the surface of snow and ice, reducing their albedo (the reflecting power of a surface), warming the snow, and hastening melting." This "fine", particulate matter she refers to is a short-lived pollutant that stays in the atmosphere for only a few weeks. However, it's a leading contributor to global climate change, possibly second only to CO2.

One night I solarized a few of my iceberg shots from a recent Arctic cleanup expedition. Then I looked for other digital open-source ice images and solarized them. The new views were beautiful and disturbing: a foreboding, altered state.

As the sun plays a big role in black carbon contributing to ice melt and input into oceans, I played with reversing the tone of the ice. Years ago, I learned that photographer, war correspondent and surrealist Lee Miller discovered solarization in her darkroom with Man Ray; by accident she had turned on a light before the negatives were developed. Intrigued by the solarization look and technique, there was something about the icebergs 'in negative' that echoed a lot of what I had already felt about them, but didn't understand until I saw the new images. Black carbon doesn't blacken icebergs completely like the images of ice in the solarized photographs presented here, but it does contribute to flipping our icebergs — and as such, our planet, on its side. 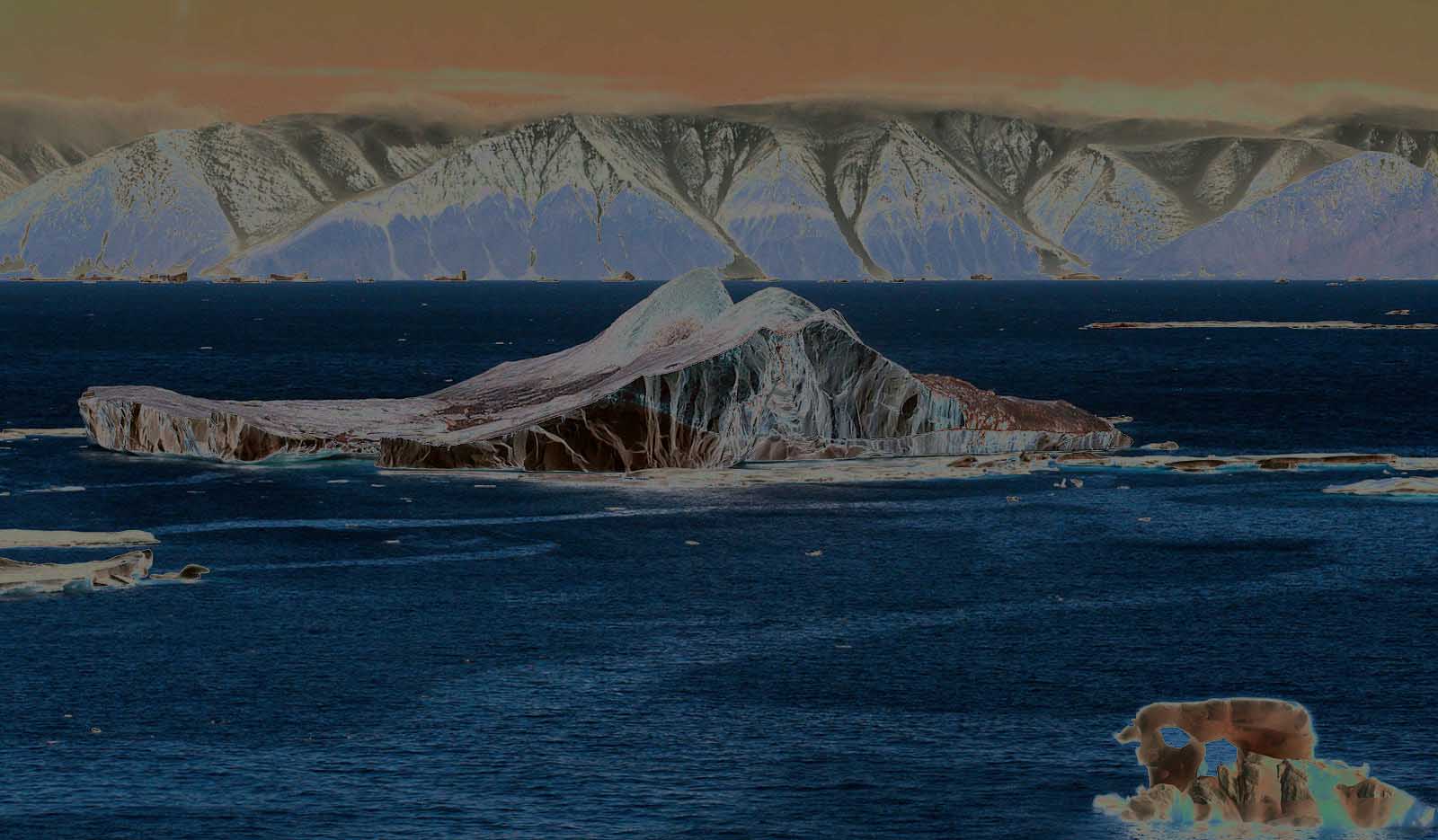 Each year millions of people die prematurely due to air pollution, largely caused by inhalation of particulate matter. Black carbon is a component of this, and humans inhale it easily. In 2014 the World Health Organization said that air pollution is the greatest global environmental health risk.

Reducing use of HFO immediately reduces climate-warming black carbon emissions, especially in the fragile Arctic, which warms faster than all predictions. As a humanitarian and global health activist, I'm driven to share knowledge about black carbon's health harms — as well as the good news that reducing exposure to black carbon has health co-benefits.

According to the HFO-Free Arctic Campaign, not only is a phase-out of the use of HFO an effective mitigation strategy to stop the warming cycle and cut harmful pollutants, but banning carriage of HFO fuel in Arctic waters (for household use in some Arctic communities) is also the “most direct mechanism for mitigating the numerous consequences of an HFO spill.” Alternate fuels such as low-sulfur distillate could reduce black carbon emissions by 30-80%. Arctic communities, made up of 4 million largely indigenous peoples, must have a say as well in what will make their communities healthy and vibrant. 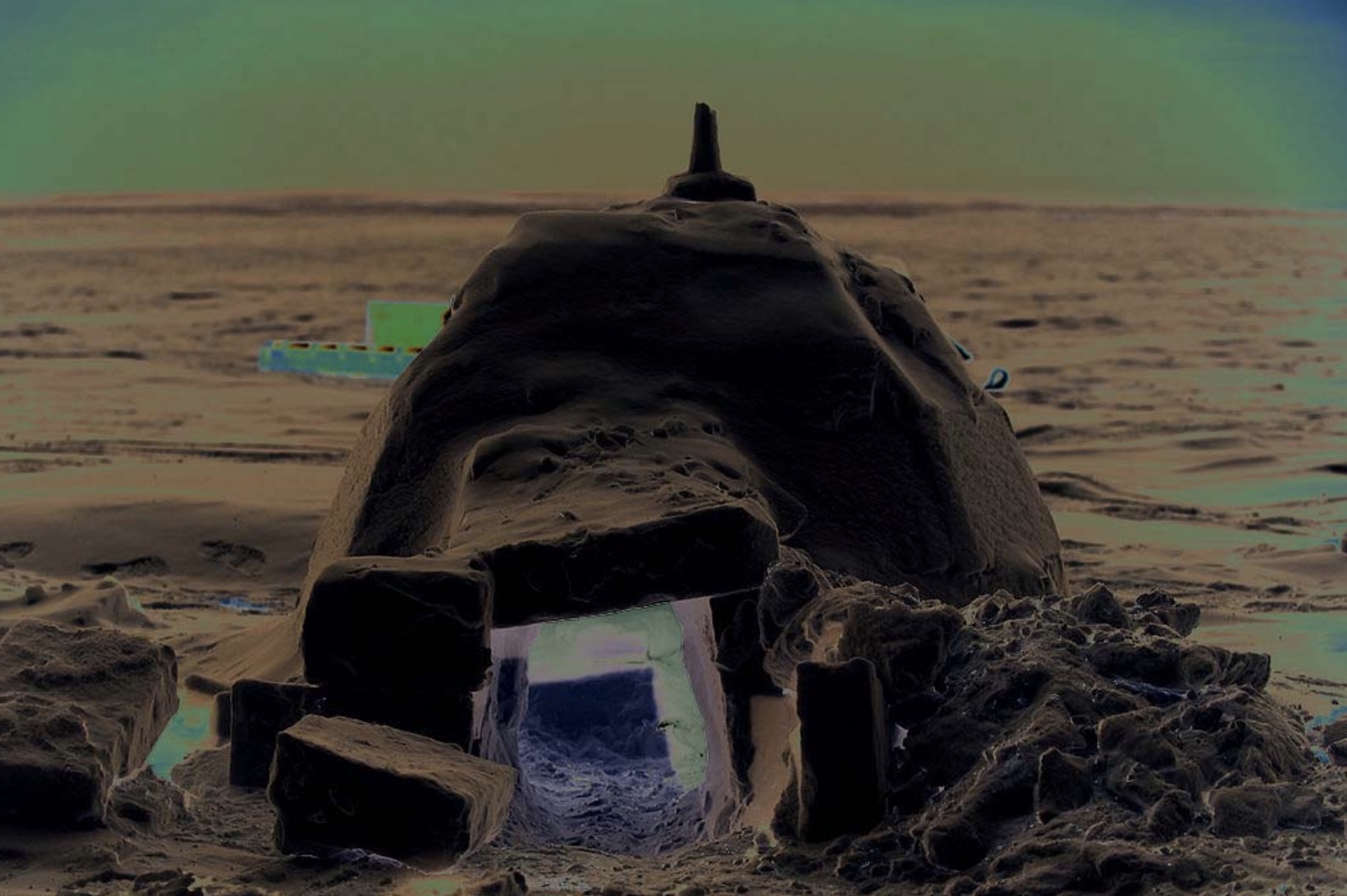 By their nature, glaciers are dynamic. But we have changed these dynamics for the worse with our carbon obsession — especially by how we allow rich countries to pillage and wantonly use natural resources. Yet, I'm buoyed and hopeful that there are many past and current earth stewards, scientists and innovators protecting mother nature and standing for humanity and earth. Action matters.

Atmospheric scientist Mark Jacobson of Stanford University recently said, "controlling black carbon may be the only way of preventing the loss of the Arctic completely."

CAROL DEVINE is a modern explorer, writer and humanitarian. She created the first civilian clean-up project to the Antarctic with The Russian Antarctic Expedition and is Program Manager for The Museum of AIDS in Africa. She writes about global and circumpolar health, climate and culture, and is the author with Wendy Trusler of The Antarctic Book of Cooking and Cleaning (2015), featured here. Carol has worked for Médecins San Frontières in Rwanda, Southern Sudan and East Timor, and has led workshops on the AIDS response in South Africa, Malawi and Uganda. She lives in Toronto. www.caroldevine.info

All solarized photos by the author.