What Drives the Collector?

Category
DIY
Anthropology & Social Sciences
Finding & Foraging
What Drives the Collector?
by Sophie Kromholz
Published: Mar 30, 2014
Standfirst
How what we collect stands in for us in some way.
Body

I have always deemed myself a ‘nester’ and so, to fully inhabit a new space I’ve come into, I turn it into a collage or installation of things that collectively create a makeshift home and to some extent portray the inner workings of my head and heart.

I lay out and hang up things with which I have an affinity. By setting out objects and images — like talismans and tales — I am setting out myself.

These are the raw reflections of an unintentional collector, trying over the years to understand habit and desire, and what these magpie tendencies amount to. To begin to make sense of these predilections, I will consider where these habits find their roots and question how they are employed.

I come from a family of collectors. The entrance hallway to my childhood home features what I early on fondly dubbed “The Cabinet of Death”, a metal thing of beauty featuring some of the macabre discoveries my parents made along the way — including various animal skulls and my father’s extensive knife collection. Bringing gentleman companions home has always been interesting.

Off to the side of The Cabinet of Death, above the coat stand, is our collection of stuffed pike heads. A little further along is a series of wooden handcrafted ladders, which my mother developed a fondness for at one point or another, but eventually had to give up when we started to run out of space.

The worst and most indicative criticism regarding people I brought home was that so-and-so was 'not curious.'

The first thing my father gave my mother was a bat’s skull. In the flush of their new romance, this gift was an early gesture in a courting process where a mutual language was lacking, what with my father’s then non-existing English and my mother’s incomplete Polish. Where others might have been appalled, or in the very least mystified, this token won her heart. This exchange and its reception illustrate my upbringing and the framework of references which were shared and have shaped me.

I am the product of my environment in a most perfect Bourdieu like sense, and so I look for myself in objects — trying to trace little arcs of narrative and resonance in my material surroundings.

One of my favourite finds is a contraption recovered from a flea market in Liège, a fine wooden box with a weathered leather handle, silver lock and curlicued engraving, and a big whizzing dial — it looks like something belonging in an alchemist’s studio. It is a pigeon timer — part of an old world tradition of assessing avian speed.

Another cherished object is an ear I found on the bridge in my hometown. I was walking along the river with my boyfriend at the time and one of his sisters. As I was scouring the horizon and looking at the river (something my mother says you should always do: “It is good for the soul.”), I spotted something glinting on the railing — a plaster cast of a human ear. I snatched it like an eager magpie. My boyfriend and his sister were astounded by my discovery. But one should know that curious eyes find curious things.

The worst and most indicative criticism my parents supplied regarding people I brought home was that so-and-so was “not curious.” Curiosity can be stimulated, and it can be killed, but it cannot be taught. A lack of curiosity is an untreatable ailment, and, in my family’s household, it decidedly makes you persona non grata. 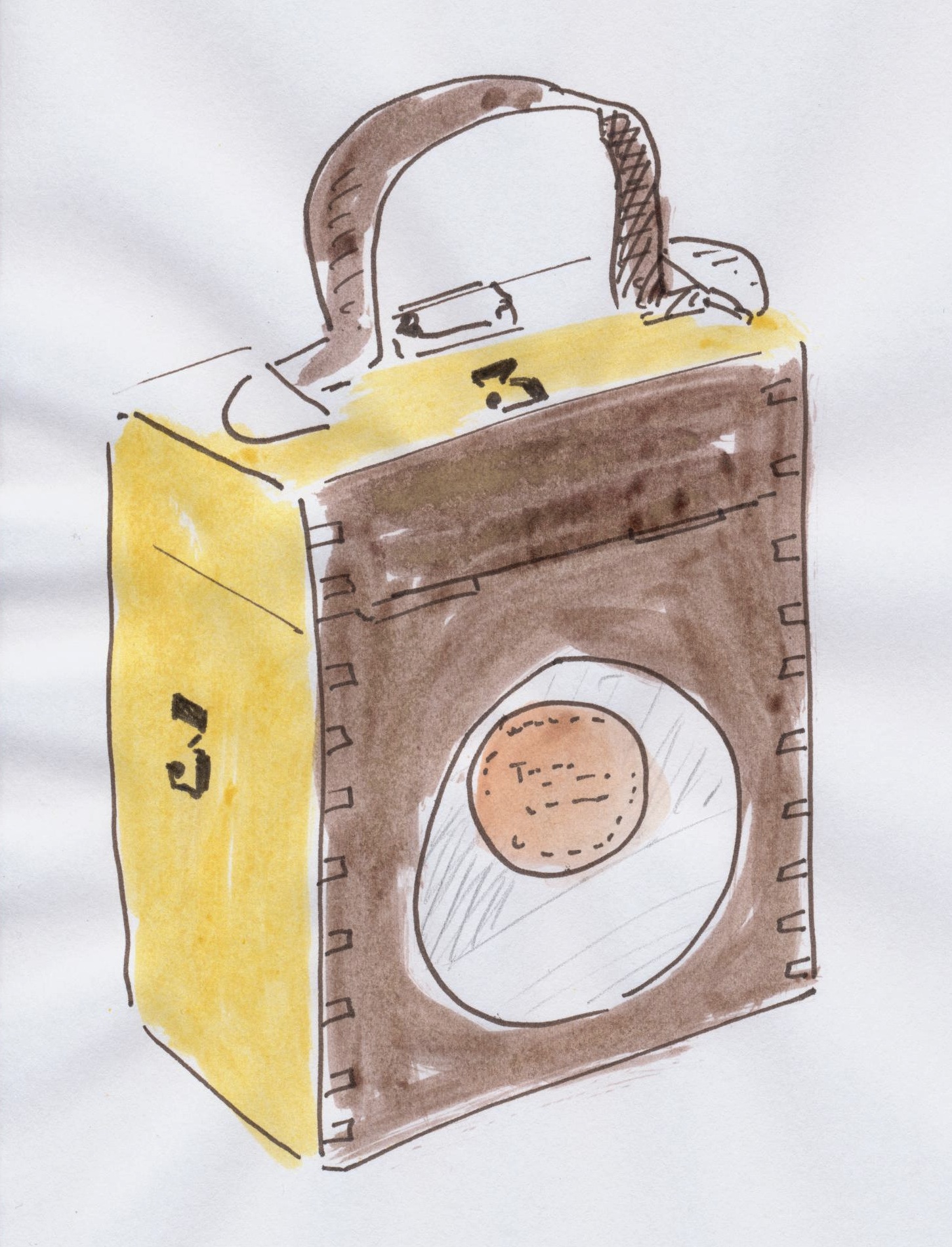 FROM A COLLECTOR'S NOTEBOOK: Pigeon timer. 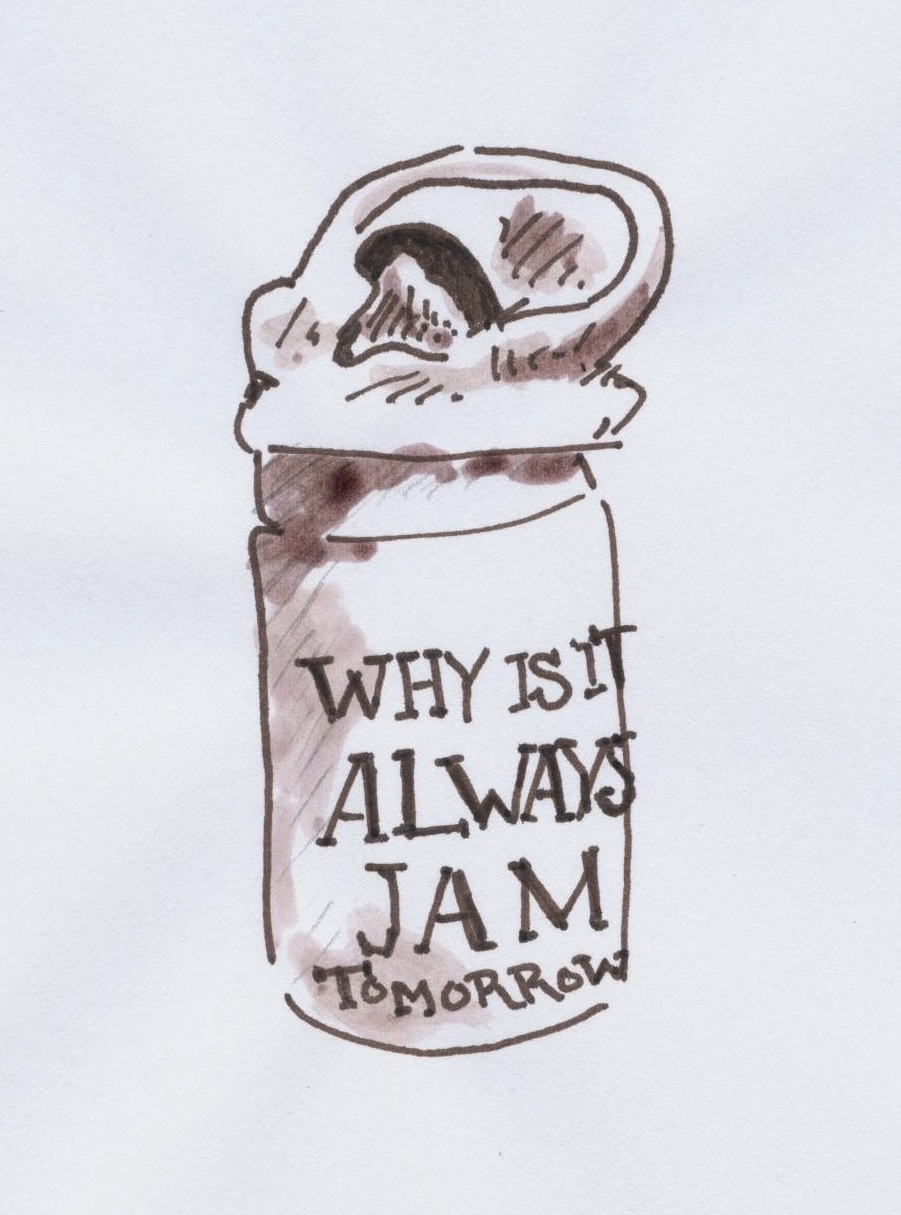 Plaster cast ear which sits atop my “Why is it always jam tomorrow?” jar, on my dresser. I like the juxtaposition of the two forms and how they narrate together. 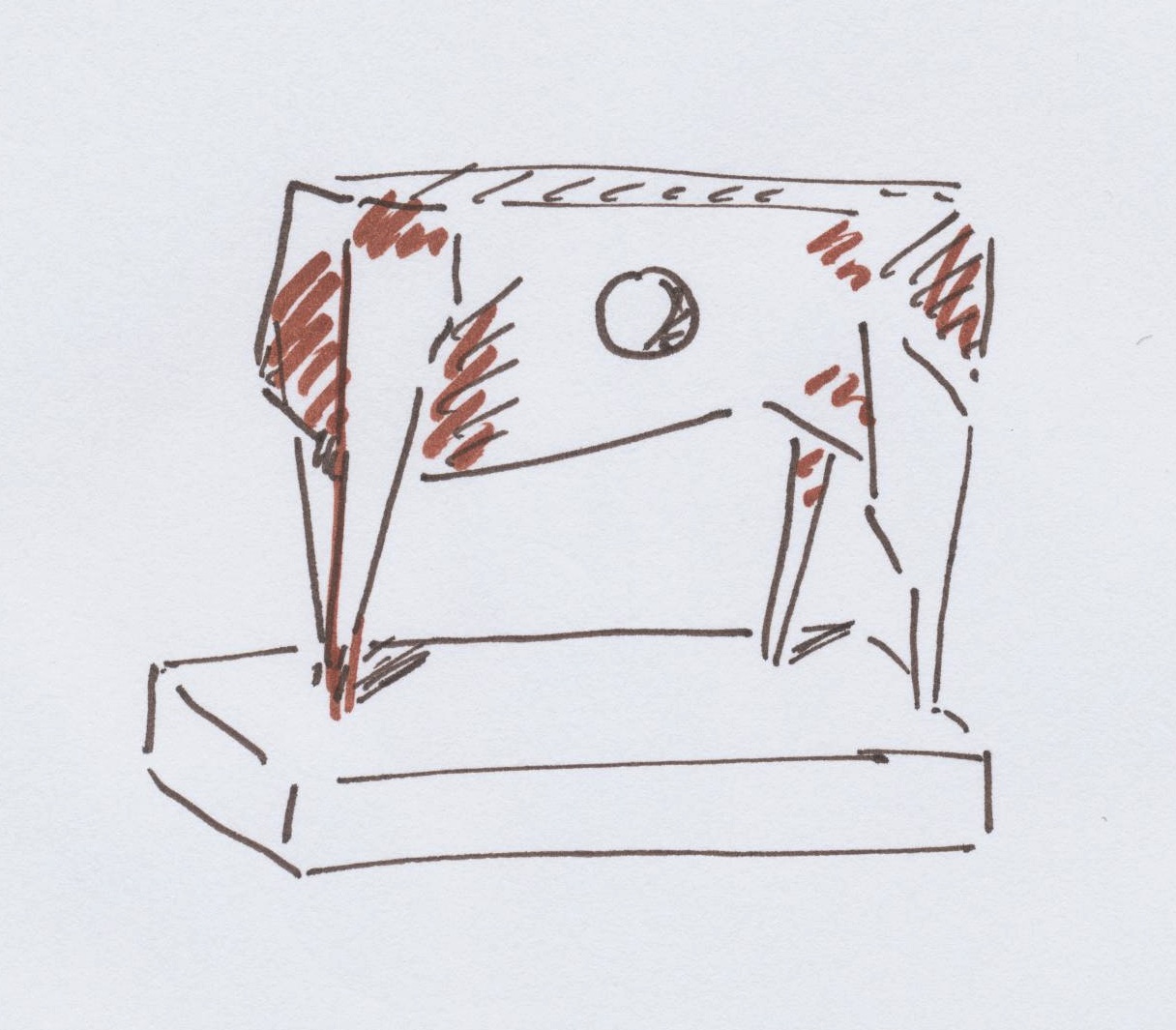 This is the wooden “skeleton” for a model of a bull sculpture my father made years ago. I liked the stripped back form: a shadow hint what it might be. 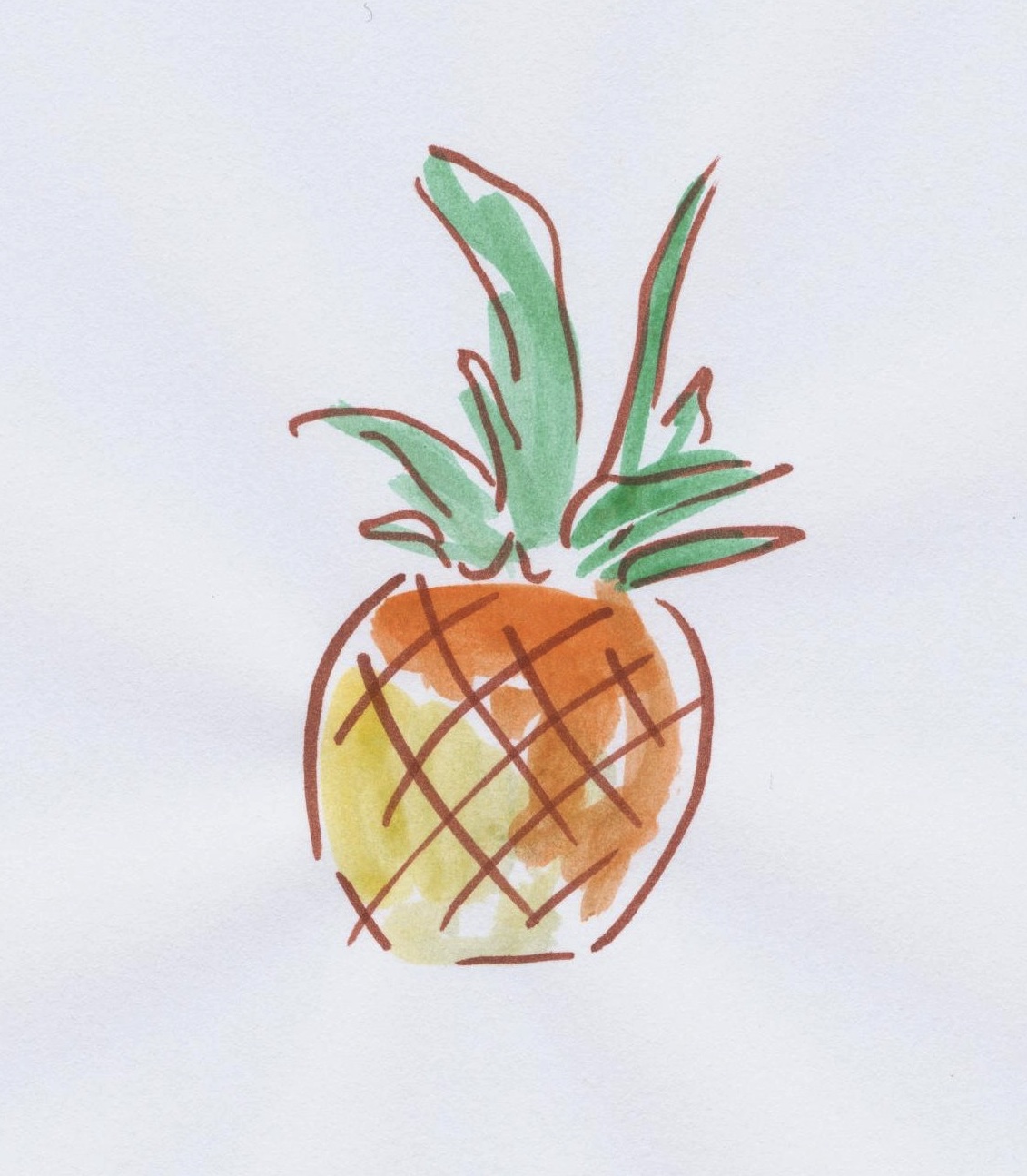 A sketch of my musical pineapple shaker, a find from a wee shop in Inverness. I love it for its practicality in any impromptu musical jam. Also, I have a thing about pineapples — the fruit of hospitality. I rarely attend a party without bringing one.

For my father a lot of the thrill is in the hunt, but I am firmly a creature of comfort. For me, there is solace in objects and a humanity. My mother and I are both most moved by the Egyptian linens at the Metropolitan Museum of Art in New York; we appreciate their intimacy and the human frailty that they sing to.

Levi Strauss is alleged to have said: “Objects are what matter. Only they carry the evidence that throughout the centuries something really happened among human beings.” This to me points to the poignancy in collecting behaviour, the attempt to cheat death. It’s not really the objects that matter, but rather the narratives wrapped up around them, which speak of human strengths, victories, hopes and dreams. But the narratives are also testaments to our frailty and our eventual and inescapable demise. Objects are always memento mori, aren’t they?

As I reflect on my interest in objects, I notice that I am a tinkerer, and, that in tracing a history of myself through collecting, I am simultaneously creating a story of where I am from and who I am through constructing a curriculum vitae of artefacts — as if somehow my vintage collection of hats might stand in for me... I like to think that one might be able to read me from the objects, perhaps not all of me, but at least get an outline of my movement — a sense of the jitterbug that I inhabit.

There is an unfailing irony in my interest in artefacts as I work on a research project devoted to the subject of dematerializing works of art and ephemerality. Indeed, I enjoy the tension between creation and destruction and the different ways we employ these acts as storytelling techniques. In this way, collecting behaviour is at its very core a way of weaving a tapestry of endeavour and identity. 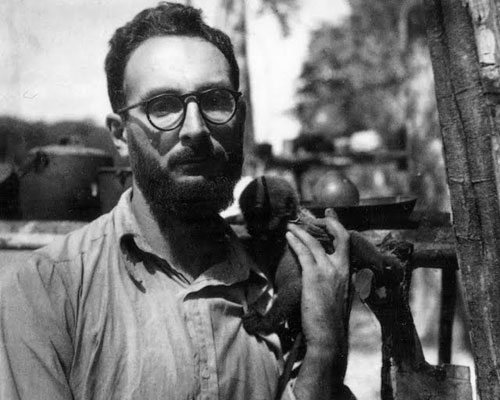 Claude Levi-Strauss, the author of Tristes Tropique and several other seminal books, in the early years of his field work. Photo credit. 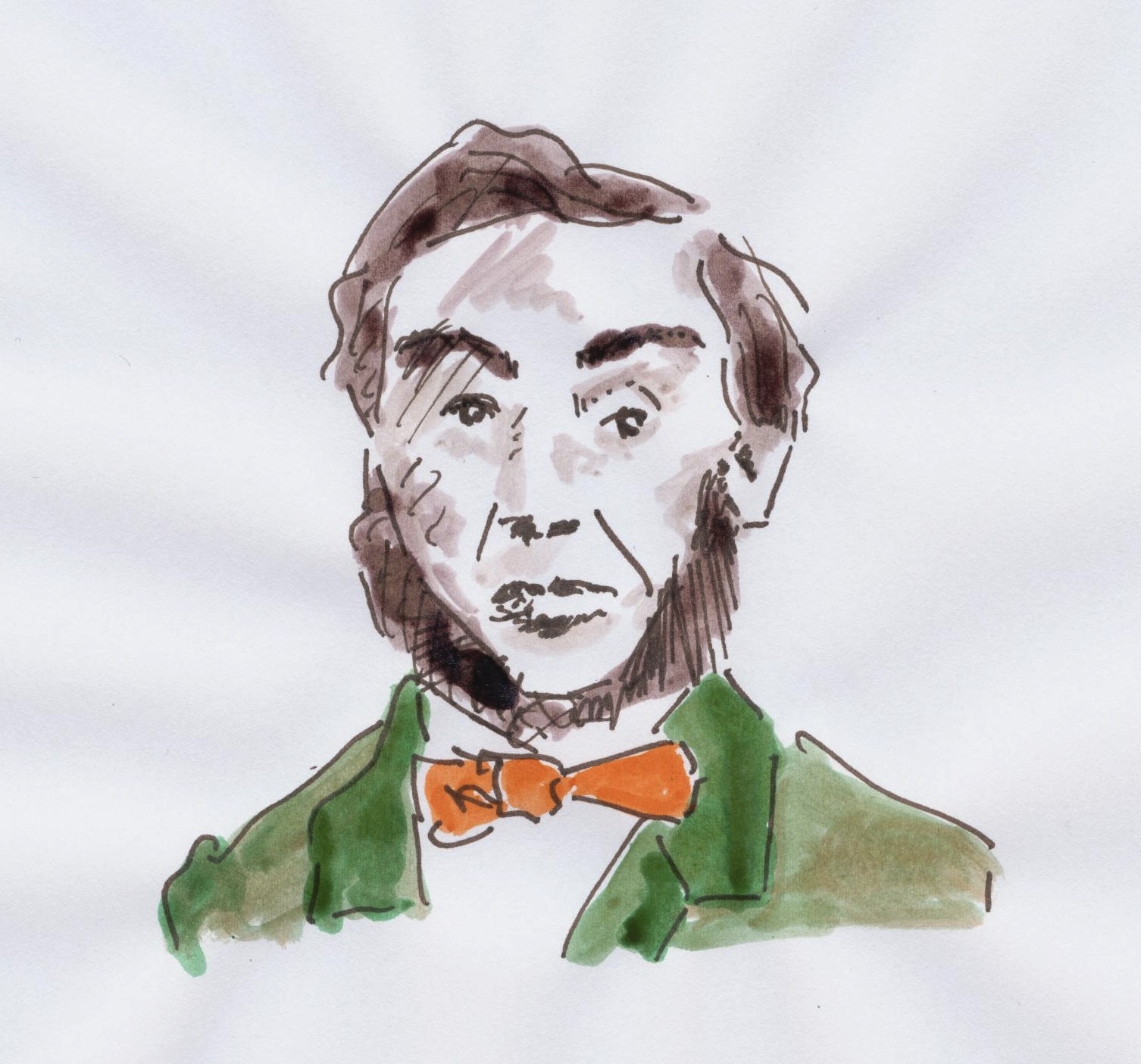 Claude Levi-Strauss, in Paris, before a luncheon, or, perhaps in advance of addressing the Academie.

And so the things we collect are like swan songs — flailing place markers, not just of who we are, but the very things that make us up. They serve as cut outs that trace our short existence. “Above all else,” wrote artist Félix González-Torres, “it is about leaving a mark that I existed: I was here. I was hungry. I was defeated. I was happy. I was sad. I was in love. I was afraid. I was hopeful. I had an idea and I had a good purpose and that's why I made works of art. ”

For these very same reasons, we collect, we hoard, and present creative constructs and collages of ourselves. The selfie, the pile of books, the flea market treasures — all of our carefully curated output echoes Sylvia Plath — they affirm: "I am, I am, I am!"

SOPHIE KROMHOLZ is a ukulele playing, storytelling, art making and collecting Glasgow-based art historian working on her PhD at the University of Glasgow, which focuses on alternative preservation strategies for ephemeral art practices.

Illustrations by the author

What Drives the Collector?
Are we aware of what public controls are doing to everyday life?
Questions About the Current Pandemic from the Point of View of Ivan Illich
Recipes on the road to spring
On Moving, Again

Questions About the Current Pandemic from the Point of View of Ivan Illich
Recipes on the road to spring
On Moving, Again
Recognizing 'White Fragility' in Asia
Are we aware of what public controls are doing to everyday life?