What Privately Nags at Trump

Category
Politics & Power
Spoiled Worlds
Toxicity
What Privately Nags at Trump
by Fred Fiske
Published: Mar 04, 2018
Standfirst
Fred Fiske gives us a sense of the mental gymnastics (let's leave morality out of it) that Trump is going through as he reflects on all these, uh, Eastern dealings.
Body

From a New York Times video explaining the phenomenom. [o]

Russian bots meddling with US elections is despicable. And Donald Trump may be even more upset about it than you or me.

What must get to him is the idea that he needed the Russians to become president. To a narcissist, this is a double blow — not only that he couldn’t win on his own, but he had to let the Russkies do the dirty work.

Hey, I’m not vindictive. I hope Trump is innocent. (I have my doubts.) Maybe he didn’t “collude” with the Kremlin. Maybe everything he’s done has been legal. Maybe he always tells the truth — as he sees it. But even if he skates away from the Mueller investigation, he will be dogged by suspicion that he broke the rules to beat Hillary Clinton.

But he also must resent that so many folks believe the Russians...

Of course, he may be guilty as hell. Obstruction of justice? Money-laundering? Collusion? Public indecency? Take your pick. I can imagine how myriad and murky deals in modern-day Russia so ensnared the Trump/Kushner/Manafort/Stone syndicates that the president had to play nice with Vladimir Putin — or else the Russian oligarch could expose presidential corruption, collusion and even cavorting.

Whether this is true is one question. (Seeing Trump tax returns would help.) Whether anything will come of it is another matter, since the GOP seems to have caught Trump fever. As for salacious tales of Trump at the Miss Universe Pageant in Moscow, why even bother?

The president is deterred from going after past, present and future Russian bots, so as not to displease Putin and his gang. The president must step aside as Russian moles burrow into US social media to inflame and divide. He can even use the stuff to bash his opponents. Passivity toward Moscow is in Trump’s best interest, not only because it keeps him on good terms with Putin, but also because, let's face it, the Russians are working for Trump, not against him.

Trump’s gullible base of supporters may never forgive Hillary, or believe anything ill of their hero. But Trump should know better. He’s got to be grappling with the nagging thoughts that he didn’t win the election fair and square, and that he still may not get away with it. 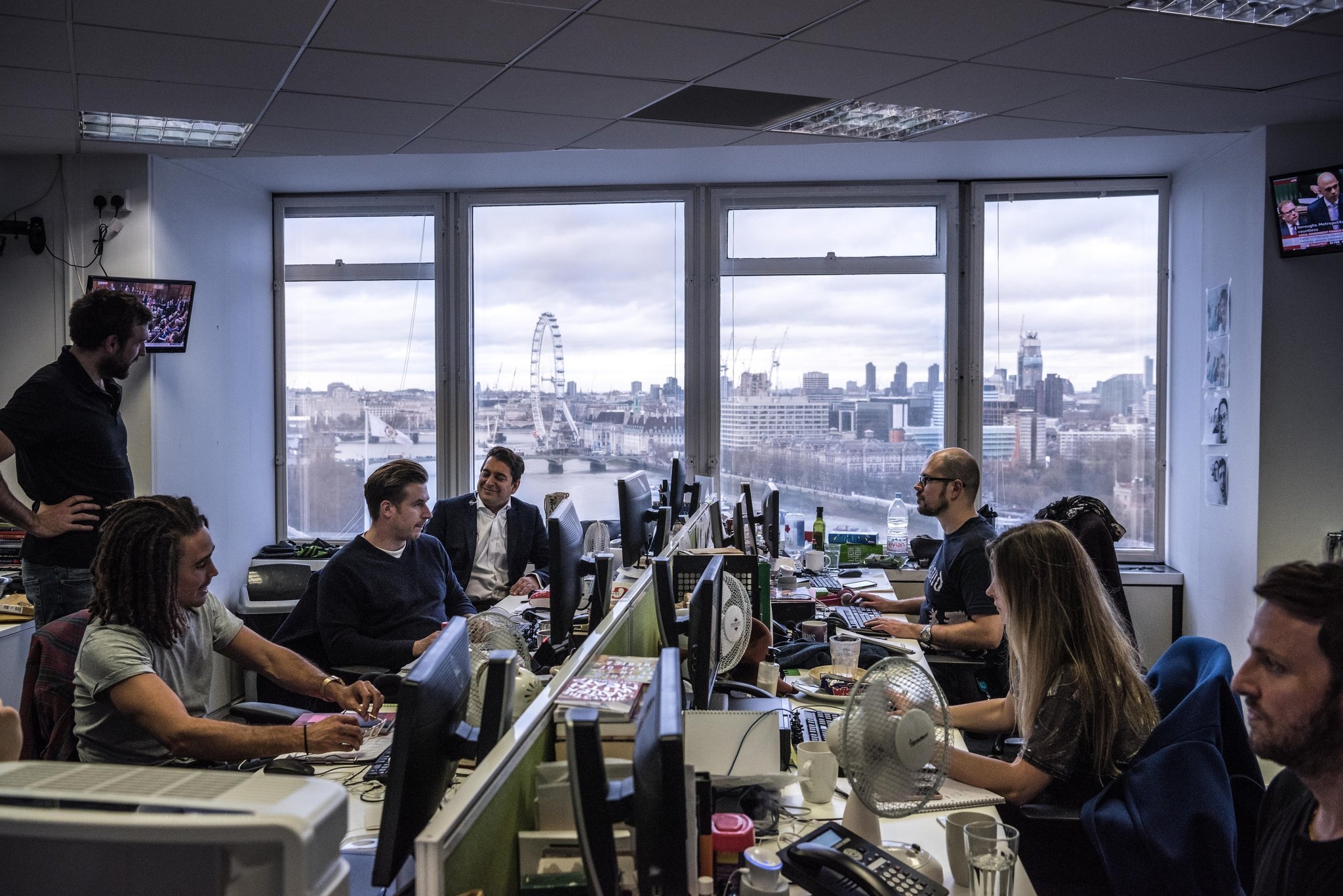 The RT newsroom overlooking central London. Russia insists that RT is just another global network like the BBC or France 24, albeit one offering “alternative views” to those of the Western-dominated news media. [o]

Trump is trapped. He can’t pursue the Russians for meddling if he is politically compromised. He is even less inclined to do so because the foreign agents are working for his political interests, foremost his re-election in 2020. But the president also must resent that so many folks believe the Russians tipped the election in his favor.

Those folks may be right, though I like to think American voters are too smart to buy such guff from the Russians for long. Still, the lies, smears and innuendos linked to the Russian hackers and fakers have become part of an enduring Trump narrative. Just last week, Trump invoked the meme about “crooked” Hillary and the crowd shot back reflexively, “lock her up.”

That same week, as the Mueller probe continued, Trump’s former campaign chairman and other close aides faced charges of being crooked, for which they could be locked up. ≈©

Trump’s gullible base of supporters may never forgive Hillary, or believe anything ill of their hero. But Trump should know better. He’s got to be grappling with the nagging thoughts that he didn’t win the election fair and square, and that he still may not get away with it. 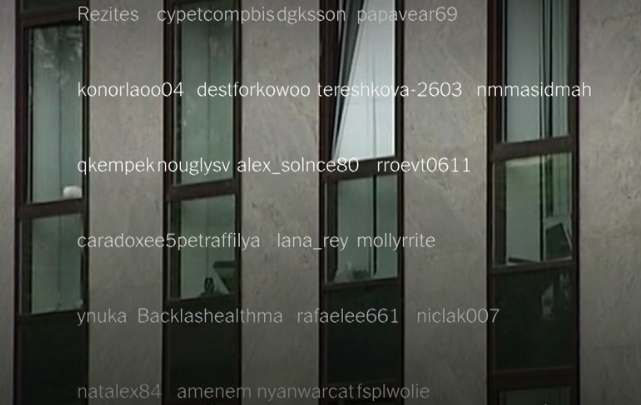 "If you see a suspicious account is busy during the day in St. Petersburg, that's a red flag..." [o]

FRED FISKE, a contributing editor of The Journal of Wild Culture, is an independent journalist and composer who spent his career in journalism, mostly writing editorials for The Post-Standard newspaper in Syracuse, New York. He majored in history and literature at Harvard and received his masters from the Columbia Graduate School of Journalism. Having grown up in a foreign service family, living in Bangladesh, Germany, Congo and Iceland, he now lives in Syracuse and Florida.

I agree with much of what you

I agree with much of what you

I agree with much of what you said, but firmly disagree that Trump is bothered by the idea that he didn't or couldn't have won without Russia's help. That's what a "normal" person might feel or think. Trump is NOT existing on the neurotypical or emotionally average level. He is most likely a malignant narcissistic, and quite possibly has some sort of lesion or abnormality in his frontal lobe(s); and, obviously holds himself in ridiculously high esteem, and self-congratulates more fern than he sprays his hair (which we know must be a lot ). He doesn't think it matters whether he labels a floor in Trump Tower as the 10th or the 20th, if he can sell the lie for more money (yes, he diddled with the floor numbers to make apartments more expensive). Remember, he swore the "system was rigged" until he won and then he said the system wasn't rigged, because he won, as if that made the system legit. I think Trump has bigger worries on his mind like the Russian money laundering that he and his cohorts have been doing for decades. That can have DIRECT repercussions for him. He has never had to suffer consequences for anything he has done. I think he may be starting to feel the walls closing in by Mueller and when they do, THAT will be the most dangerous time of his Presidency . . . as in, he may start a nuclear war to distract from the Mueller final report.