Ancient Culture as a Target

Category
Dissent
Movements & Communities
Spoiled Worlds
Ancient Culture as a Target
by Fred Fiske
Published: Oct 06, 2014
Standfirst
Sunni extremists like the Islamic State have set about destroying whatever they regard as idolatry: mosques, churches, statues, tombs, and shrines. The author offers a cri de coeur on this campaign of ruination and propaganda against heritage.
Body

Tomb of the Girl being bulldozed — photo from the Militants' website.

SYRACUSE, NEW YORK — The story in Sunday’s New York Times was too painful for me to read. The headline read: “Antiquities Lost, Casualties of War.” The photographs were bad enough: A 13th century shrine with a vaulted ceiling in Mosul, Iraq — now gone; the Great Mosque in Aleppa, Syria, whose tall minaret collapsed after standing for a thousand years; the Tomb of the Girl in Mosul — bulldozed.

Wanton acts like these are mainly the work of Islamic State fanatics on a rampage against relics of pre-Islamic cultures of Mesopotamia and Assyria, the Christian Crusades, and even Sufi, Sunni and Shia shrines they deem outside the narrow confines of their belies. In July, fighters leveled the mosque of Jonah, revered in Islam, Judaism and Christianity. The destruction has triggered a painful flashback to the Taliban in Afghanistan, who dynamited the huge Bamian Buddhist cliff sculptures in 2001.

It’s not that hard to do. A fleet of bulldozers could probably topple Stonehenge.

It is one thing to pull down Saddam Hussein’s statue in Baghdad, or relocate the feared Felix Dzerzhinsky’s stern likeness from Lubyanka Square in Moscow. But destroying precious relics of early times is a crime against humanity, regardless of place or motive. It is an act of nihilistic terrorism, committed against human civilization, whatever the defenseless target. And it’s not that hard to do. Hey, a fleet of bulldozers could probably topple Stonehenge.

There is no conceivable reason to destroy these human treasures, other than nefarious ones. That’s why I couldn’t bring myself to read the article. I was loath to tally the loss of gifts from my human ancestors. And I was not interested in trying to “understand” those who committed these atrocities, in addition to the beheadings, mass executions and spiralling death toll. These assaults on the living memory of a people amount to cultural genocide. They are a depressing harbinger of humanity’s urge to self-destruct. As one monument after another falls, as cultural legacies are ground to dust, the human race loses its bearings. Civilization seems to be coming apart in the very region between the Tigris and Euphrates where some of the earliest civilizations first took hold. 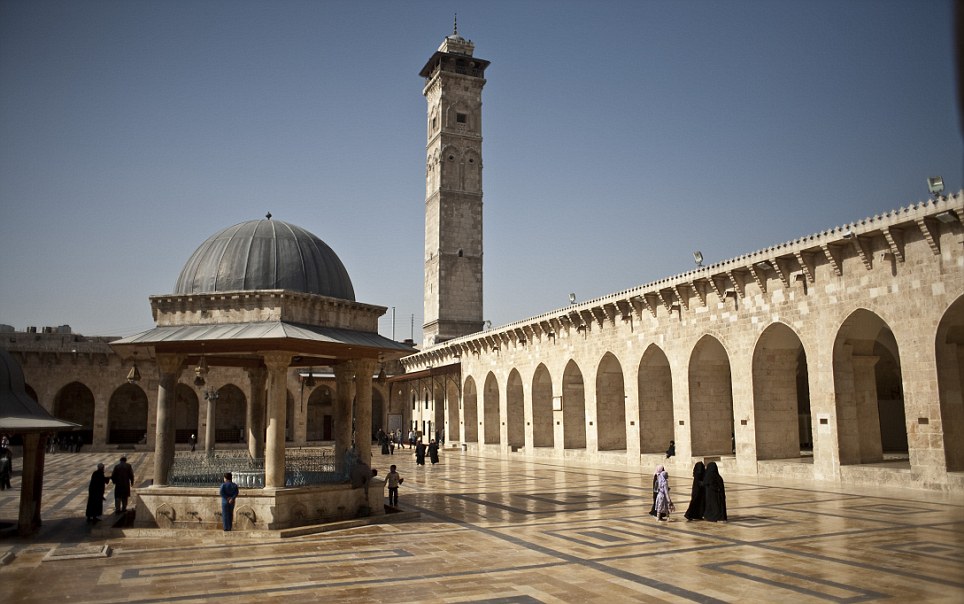 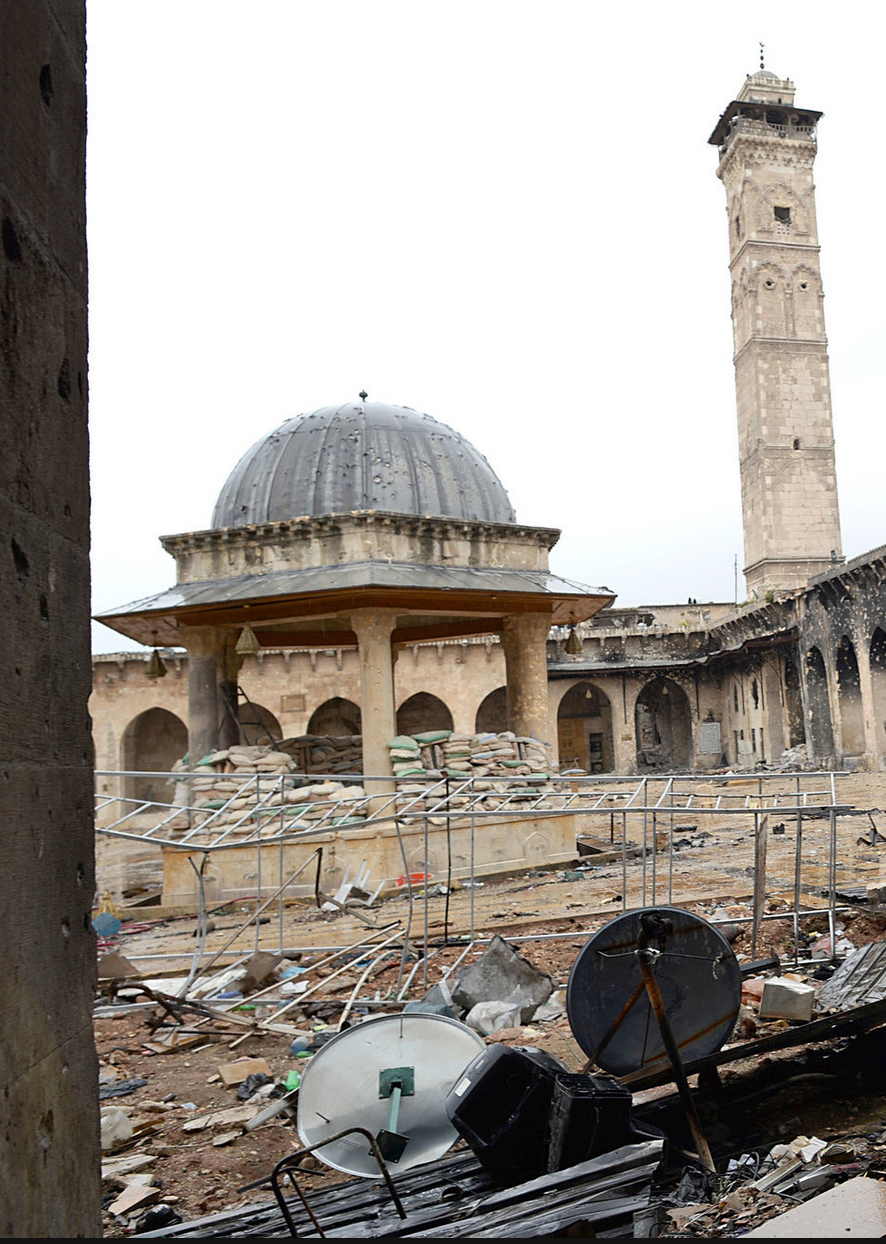 The Great Mosque in Aleppo, Syria, after the initial destruction. The 1000-year old minaret was later toppled.

What to do? You can drop bombs — which one hopes do not inflict more damage on antiquities — and otherwise attempt to destabilize, contain, constrain, decimate and ultimately defeat the Islamic State and its fanatical aims. How about recruiting a volunteer army of religious scholars, artists, historians, curators and preservationists, to march on the citadels of the Islamic State, demanding a halt to this destruction? How about a UNESCO brigade? On a more practical level, surely those in Iraq and Syria, watching the advance of the pitiless caliphate, have more expertise and self-interest in confronting the challenge than we do.

OK, I admit it. I did get around to reading the article, which was just as upsetting as I feared it would be. I was impressed by the story of local residents bravely blocking the destruction of a shrine in Mosul. I was less encouraged by efforts of the international community to enforce provisions of the 1954 Hague Convention for the Protection of Cultural Property in the Event of Armed Conflict. And I sympathized with Sheila Canby, a curator at the Metropolitan Museum in New York City, reacting to email messages chronicling the destruction, sent by colleagues around the world. “I find it so upsetting that I don’t always open these, because it is too much,” she said.

This cultural sacrilege may be attributed to a campaign against infidels and idolatry. Political, ideological and tribal factors come into play, amplified by the interests and resources of Iran and Saudi Arabia. Yet there is no explaining or justifying this abomination. Destruction of ancient sites is no more about religion than rape is about love.

FRED FISKE, an independent journalist and composer, spent his career in journalism, mostly writing editorials for The Post-Standard newspaper in Syracuse, New York. He majored in history and literature at Harvard and received his masters from the Columbia Graduate School of Journalism. He grew up in a foreign service family, living in Bangladesh, Germany, Congo and Iceland.

How the Right to Assembly Gets Fudged
On the Subject of 'S***hole Countries'
Young people seeing their power
Mother's Democracy Test
The Plot to Erase History: Trump’s War on Dangerous Memory and Critical Thought