'The Future of Liberal Arts at Harvard University'

Category
Philosophy & Ethics
Research
Economics & Economies
'The Future of Liberal Arts at Harvard University'
by Julie A. Reuben
Published: Jun 29, 2015
Standfirst
"In this new world, it was no longer clear what was liberal and what was not." Remarks — and a proposal — prepared for the 55th Reunion of the Harvard/Radcliffe Class of 1960, May 27, 2015.
Body 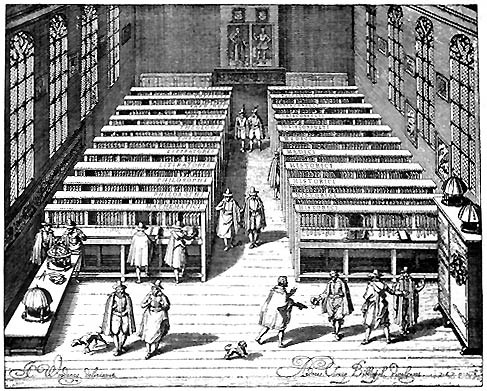 CAMBRIDGE, MASSACHUSETTS — It’s always difficult for a historian to be asked to speak about the future, so I am going to redefine my task here a bit and talk about three aspects of the present that need to be recognized and responded to constructively in order for there to be a bright future for the liberal arts at Harvard. The three points that I would like to make are:

First, the “liberal arts” is currently a meaningless term and desperately needs to be redefined for the future.

Second, Harvard is not an island unto itself, and all of its resources and prestige cannot fully insulate it from the larger crisis in higher education.

Third, Harvard will not disappear but it will change and in order to shape the change rather than just react to outside forces, it needs to decide what is essential and what is just form, what can be abandoned and what needs to be protected, and what should be embraced.

Point one: the meaning of the liberal arts. When Harvard College was founded it followed a course of study derived from the medieval university. This curriculum was grounded in the study of language — Latin, Greek, and Hebrew, logic, grammar and rhetoric, and in mathematics. Once students had a strong foundation in these areas, they studied the various branches of philosophy, natural philosophy (the basis for our modern sciences), mental philosophy (psychology and epistemology), and moral philosophy (the social sciences and ethics), and theology. Liberal arts in this context was understood in opposition to the practical arts — knowledge and skills involved in the manipulation of the material world. The practical arts were best learned in apprenticeship and were not appropriate for a college classroom. The liberal arts were comprehensive and inclusive — all students studied the same thing and when they finished their course of studies they had a foundation in all branches of knowledge.

There is no agreed upon sense of what all students need to know.

This system of education and the understanding of the liberal arts inherent in it was destroyed in the late nineteenth century. Under the leadership of President Charles Eliot, Harvard adopted electives and encouraged the development of the modern academic disciplines and the creation of new knowledge. The old structure was dismantled and in its place there was an explosion of new fields — chemistry and biology and psychology and economics and political science and modern languages. It was exciting and it was chaotic. In this new world, it was no longer clear what was liberal and what was not.

It would take a number of decades before a new definition of the liberal arts was established. But by the 1920s, under the leadership of President Lowell, the major features of the new definition took shape. The liberal arts were the new academic disciplines, studied for the purpose of understanding rather than for vocational preparation. A liberal arts education was also understood to involve breadth — study across areas of knowledge — and depth, the study of one field of knowledge intensively. This education was supposed to develop understanding and intellectual skills involved in all learning. With this foundation in place, graduates would be able to continue to learn what they needed for their careers and their lives.

We are currently in another period of time when the existing definition of liberal arts does not work and there is a need for a new definition to guide our work. The old distinction between practical and/or vocational and academic has broken down. Many academic disciplines have become instrumental as well as intellectual – think of economics and genetics. Most of the students who attend liberal arts colleges do so with the intention of applying to a professional school — their educational aims are just as professional as students in undergraduate engineering programs. In addition, the old consensus about general education — the part of the liberal arts that provides breadth — has broken down. There is no agreed upon sense of what all students need to know. 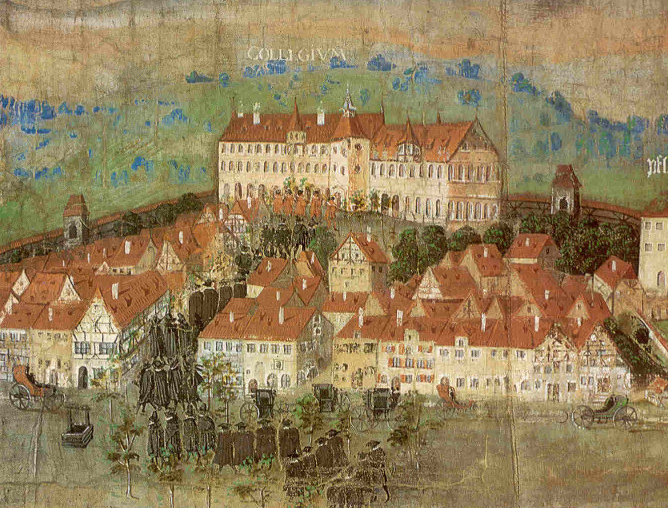 The University of Altdorf, Germany, in 1714.

I do not have an answer to what the new definition of liberal arts should be, but I do have a proposal about what it should aim for.

I think a liberal arts education should do three things: it should orient students to the world they live in, it should empower students to imagine the kinds of lives that they want to live and feel capable of building those lives, and it should be humbling. A liberal education should expose students to complexity, contradiction, and ambiguity as well as to the best tools we have for answering questions and using knowledge to solve problems.

Point two: Harvard is not an island. Higher education in the US is in crisis — costs are out of control, public support is inadequate and declining, faculty careers are increasingly insecure. Harvard is not in crisis but the crisis of sector inevitably will impact Harvard. For example, if PhD students cannot get secure jobs, graduate education here will suffer, and in turn, faculty research will suffer, and whole fields of study will eventually die. No matter how rich and prestigious Harvard is, it cannot survive as one of a dozen strong universities in a country where most people have little opportunity for an excellent liberal education. For too long, elite universities have been competing to be the best, to have the most applicants, and the best facilities, and the largest gifts, and have been ignoring their responsibility to education as a whole. We need to ask Harvard to focus less on being THE leading university and more on being a leader on behalf of all higher education.

Technology is threatening to become an end in itself rather than a tool for educating students.

Point three: Change is coming. For decades, we have heard false promises (or threats) about the power of technology to transform education. But now we are starting to feel the impact. We feel it in two ways. First, the justification for universities is increasingly being narrowed to focus on their contribution to technological change. Technological innovation in some form or another is becoming the primary metric by which universities are judged and judge their own contributions to society. This poses a serious danger to the liberal arts. Second, technology has changed how we do some of the core activities of the university and will increasingly become a medium for instruction. This is not necessarily a threat to the liberal arts but it could end up being one. I don’t think residential liberal arts colleges will disappear. Students who have another option will not choose to get their college degree sitting at a computer in their parent’s basement (and their parents won’t choose this either). But it is likely that education will become more modularized and individualized and Harvard students will not just take 4 classes each semester for 4 years. They will have a greater mix of experiences and pathways to an undergraduate degree. This could be liberating or it could further narrow students’ horizons. One of the key challenges for Harvard is to clearly articulate what needs to be preserved and enhanced as technology changes how it operates. If we are just reactive, the tools will become ends in themselves.

To close, the future of the liberal arts here at Harvard and elsewhere is not clear. There are many doomsayers writing today and they have reason to be clanking the warning bells. The very definition of liberal arts is tattered and needs to be renewed for the future. The higher education sector is suffering and this will eventually erode even the strongest of universities. Technology is threatening to become an end in itself rather than a tool for educating students. Harvard has always played a leading role in defining and redefining liberal arts education. It can do so again and we should push it to play this leadership role.

Reprinted with the kind permission of the author.

Read a Journal of Wild Culture article about the presentation of this lecture, and more about the subject, by Heidi Fiske.

JULIE A. REUBEN, the Charles Warren Professor of the History of American Education, Harvard Graduate School of Education, is a historian interested in the role of education in American society and culture. Her teaching and research address broad questions about the purposes of education; the relation between educational institutions and political and social concerns; and the forces that shape educational change. She is the author of Making of the Modern University: Intellectual Transformation and the Marginalization of Morality; the book examines the relation between changing conceptions of knowledge, standards of scholarship, and the position of religion and morality in the American university during the late 19th and early 20th centuries. She has written a number of articles related to campus activism, access to higher education, curriculum changes, and citizenship education in the public schools.

* This print depicting Leiden University Library in 1610 is a well known representation of an early modern scholarly library at work.

'The Future of Liberal Arts at Harvard University'
The University Under Seige
Is Finding Art Useful a Problem?
Higher Education in a Time of Tyranny
Errors, Lies and Adventure at the 2013 HowTheLightGetsIn philosophy festival

The University Under Seige
Higher Education in a Time of Tyranny
Is Finding Art Useful a Problem?
Errors, Lies and Adventure at the 2013 HowTheLightGetsIn philosophy festival
Institute of Art and Ideas: Mother Earth, Economics and the Fall