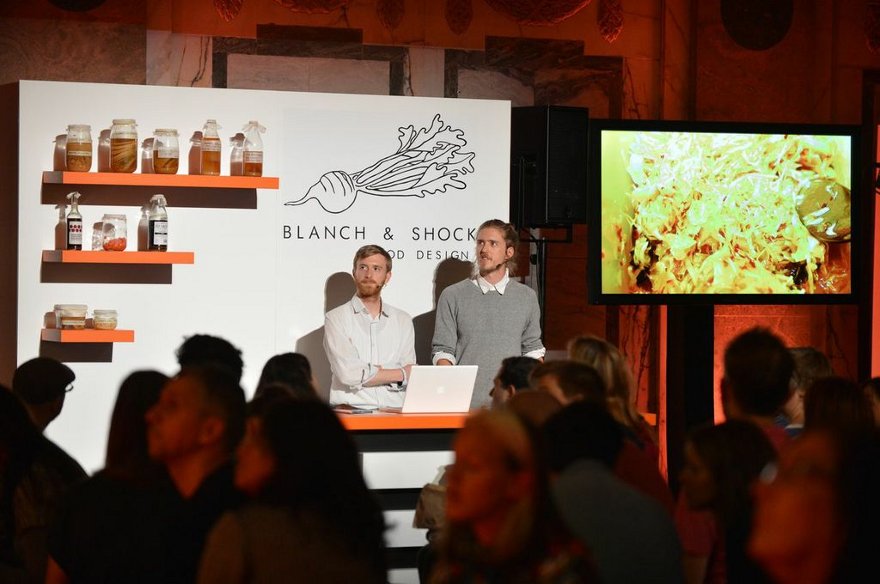 From re-imagining the tribal village in the wake of global wifi to rethinking how we make our daily bread: there are many ways to think about the future. These were just two of the examples explored during FutureFest, a weekend of  virtual time travel and space exploration that took place at Shoredith Town Hall in East London at the end of September. The first such event organised by Nesta, the weekend saw a convergence of all manner of different people in order to exploring the spaces between disciplines and chart pathways to a myriad of potential futures.

Split into four main strands – Well-Becoming, In the Imaginarium, The Value of Everything, and We Are All Gardeners Now – the festival successfully challenged and inspired a rethink of what it means to be natural, live well in abundance and enhance our experiences of the world in the decades to come.

The majority of the Sunday afternoon was dedicated to exploring food futures in a hypothetical 2050. Ideas ranged from restaurants as public food laboratories to the digitisation of food – designed by chefs to be 3D-printed on demand at home. We were even invited to taste a few of these wild ideas: everything from a new hybrid fruit; a range of delicious microbial ferments; a ‘synthesia’ of blackberry crumble; and, memorably, the 'Bug Mac'.

The ‘Bug Mac’ is a caterpillar patty with roast cricket flavoured bread and a slice of pickles.

The ‘Bug Mac’ is a caterpillar patty with roast cricket flavoured bread and a slice of pickles. It has been developed by food innovators Ento in order to overcome barriers to consumption of insect protein. Insects, it's argued, offer an environmentally sustainable source of protein and are a key food source outside of the western world, particularly in Asia and Africa. The flavour of the Bugmac was akin to a tasty ham sandwich. Certainly if you hadn’t been told it was made from insects, there would be no way to tell.

Meanwhile, Blanch and Shock food design presented the wild philosophies of fermentation and preservation. Their session provided a host of top tips on how to reduce food waste while bottling the seasons, with modern twists on the old-fashioned use of microbial ferments and saltings. We were invited to try a variety of microbially transformed foods, including turnip kimchi, fermented early elderberries (normally toxic, but rendered harmless by a six-week maturation), and a tasty cherry kombucha, made from fermented tea, cherries and sugar preparation. 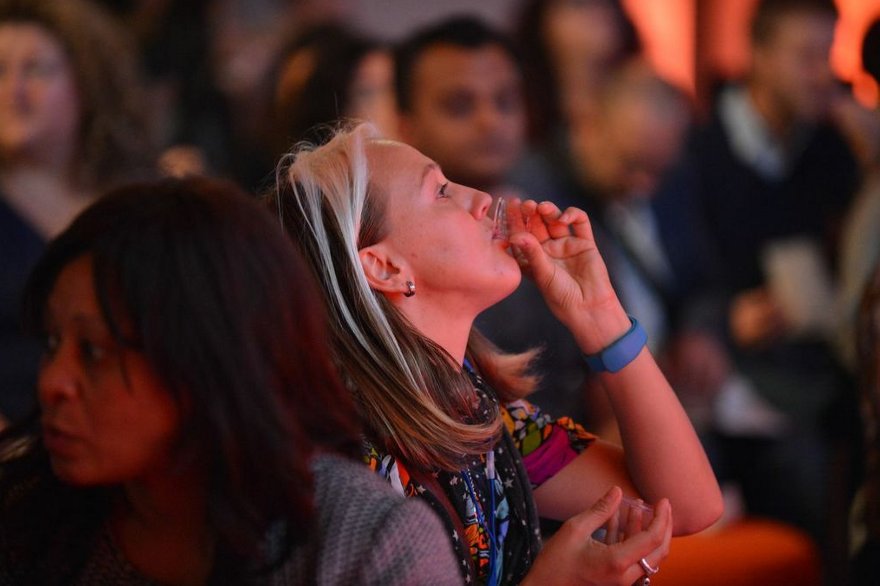 The rediscovery of these techniques offers a great way to tackle challenges in the food system. Fermentation has played a significant role in shaping our food culture for thousands of years but is poorly known to current generations. It's an excellent way to reduce waste by providing tools to prevent spoilage and create nutritious foods for long-term storage. With one third of domestic food thrown away by consumers, this knowledge needs sharing. At the same time, encouraging growth of positive bacteria and yeast is good for our health as beneficial bacterial can play an important role in controlling pathogenic microbes.

Taking a rather different approach to bacteria and food innovation was Alexandra Daisy Ginsberg. A designer and artist, she elicited horror in the audience by describing The Inside-Out Body, a collaborative food project by smell artist Sissel Tolaas and biologist Christina Agapakis that aimed to explore the idea that we are more bacteria then we are human, especially in the gut.

If you are a cheese connoisseur, you may have come across the Limburger cheese, which has an odour similar to feet on account of containing similar bacteria. The natural leap in Sissel’s mind was to make cheese inoculated with bacteria swabbed from various areas of the human body. As Daisy recalled this experiment, which she curated as part of her Synthetic Aesthetics project, gasps rippled through the audience. Daisy proceeded to explain our collective horror as biology out of context. Would you try fresh armpit cheese? If you fancy it, then get yourself to Dublin from 24th October.

The natural world is a technology in and of itself – born of networks, flows, and endless moving cycles.

Synthetic biology was a hot topic across the weekend, with Daisy wondering whether we are in fact creating a whole new kingdom in the tree of life (which she termed ‘Synthetica’) and arguing that, “as designers, we need to do more than just solve problems. We need to challenge and question those problems to prevent just solving problems that maintain the current paradigm.”

Meanwhile, Dr Rachel Armstrong discussed her work as leader of Persephone, a hundred-year long project develop an interstellar living spaceship that can grow and replicate, one day leaving our solar system. Armstrong argues against the traditional opposition between nature and technology, suggesting that the natural world is a technology in and of itself – born of networks and flows, endless moving cycles, self-replicating and transforming. Natural technology exists beneath our feet and has been present since the dawn of time. Her passion is to understand living matter and grow new worlds from the very guts of nature.

And what does this have to do with the future of food? Well, if you imagine that the assembly of a pear on a tree, engineered from basic elements of air, earth and water, is the product of complex technology, 3D printed for your nourishment, then what's beneath your feet can be understood as a complex interweb of microbial connectivity constantly creating new models of life support that also provide sustenance for the current passengers on Spaceship Earth.

Dr Lucy Gilliam is a founder and director of New Dawn Traders, a partnership of scientists, artists and chefs re-imagining global trade by sail while promoting the concept of 'slow food'. Last year she crossed the Atlantic twice sailing the old trade route and covering over 10,000 sea miles using the power of the wind, and this November, they're doing it again!
newdawntraders.com

FutureFest
Exploring the Deliciousness of Insects
Pestival returns to London
Coronavirus: Why You Need to Act Now
Soho Food Feast 2013

Exploring the Deliciousness of Insects
Pestival returns to London
Coronavirus: Why You Need to Act Now
Soho Food Feast 2013
Mott Green - a tribute