Review: The Queen vs Trenton Oldfield 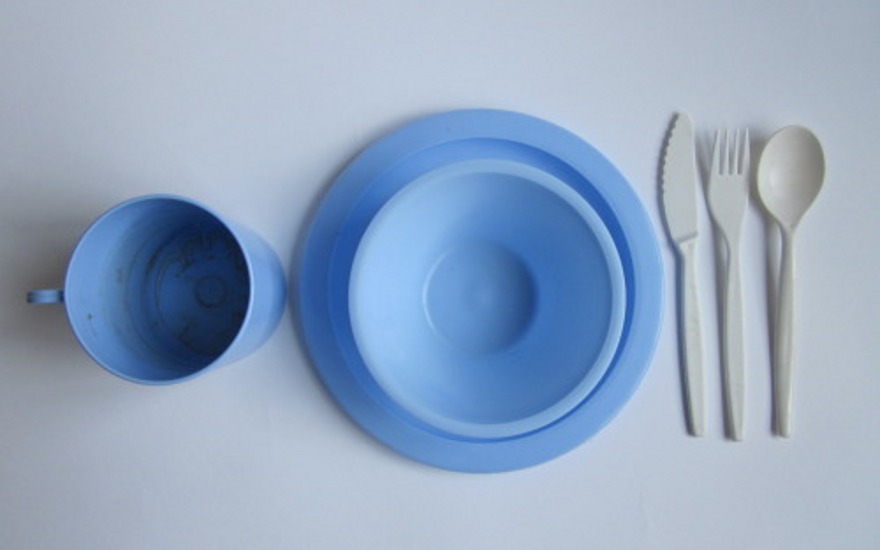 On 7th April 2012, Trenton Oldfield interrupted the Oxford and Cambridge boat race by swimming into the River Thames in what he described at the time as a protest against elitism. Rightly or wrongly, it was a polarising act, one that divided commentators into two clearly defined camps: those who saw simply a smirking, possibly hypocritical, idiot with an incoherent series of grievances around the perceived injustices caused by an ill-defined, catch-all concept of elitism. Such reactions were fuelled in part by Trenton’s explanation for his act – a lengthy blog post that I think failed to get across his purpose with sufficient clarity. But of course, there was also (there always is) a contrasting response – one that included the reactions of those who were more familiar with Trenton’s work, alongside partner Deepa Naik, as This Is Not A Gateway, an organisation that, through salons, an annual festival and a resulting publication, is dedicated to exploring ideas around the history and future of cities through the critical lens of equality.

Strangely, I found myself torn between these two responses. On the one hand, the Critical Cities books published by TINAG each year have always struck me as serious, considered, and vitally necessary – at their best when offering hope for alternative methods of thinking about cities, or straightforward, practical advice for those hoping to make such thoughts a reality. By contrast, the Boat Race protest seemed ill-conceived in that, by focusing on the more simplistically oppositional elements of the TINAG programme, risked proving harmful to the wider causes that drive Trenton’s work.

In a sense the act itself is now unimportant because the series of events that ensued have proven Trenton right, beyond a shadow of a doubt. As is so often the case, suppression serves to highlight that which it seeks it seeks to suppress, and the upgrading of Trenton’s charge – to the archaic “public nuisance” – after political intervention from Conservative MP Michael Ellis demonstrated exactly the rottenness at the heart of the institutions that we are raised to trust and respect. Predictably perhaps Trenton was found guilty and sentenced to six months in prison, with Judge Molyneux’s accusing him of “prejudice” in a summing-up that amounted to an extraordinary piece of mangled double-think. As solicitor Matt Foot said at the time: “The judge has sentenced on her view that this protest against prejudice amounted to prejudice. By that rationale the protests at cricket matches in the 1970s against apartheid were equally prejudiced.”

A year on from the act itself, and today sees the official launch of The Queen vs Trenton Oldfield, the diaries written whilst Trenton was in prison and published in part as an attempt to pay the costs of the court case. The launch is today, 4th June, in order to coincide with the 100th anniversary of Emily Wilding Davison’s protest that saw her step in front of King George V’s horse at the Epsom Derby – an act of protest that resulted in her death just four days later. This explicit linking between Trenton’s act and that of Davison is especially interesting, because throughout his trial, Trenton refuses repeated opportunities to draw parallels between himself and well-known, now respected, protesters of the past. The full transcript of Trenton’s cross-examination is published in the book, and is a fascinating, but frustrating read, as the defendant is constructed – or seen to construct himself – as both inconsiderate and irresponsible.

As well as the transcript, The Queen vs Trenton Oldfield contains a selection of contemporaneous essays (that will be familiar to most people who followed the story closely at the time) as well as a series of sparsely eloquent photographs by Tom Flynn. But it’s the diary section that is the heart of the book, with its concerted efforts to force a reappraisal about the way we think about prison and prisoners. The central desire of the writing is to disabuse his readers – most likely, it must be said, the liberal-minded middle classes – of the popular idea of prison, as portrayed on television, in newspapers and in films, as a brutal, lawless place to be avoided at all costs.

A fascinating personal account of a UK prison, and an essential piece of writing for anyone interested in social equality.

Instead, Trenton’s writing explores two main thrusts: the first is the argument that prison is not to be feared in itself, and should therefore not act as a deterrent to others considering their own acts of dissent or public protest.  In fact, one of the main points of insight is how similar prison is to other forms of institutional existence such as public school, and that Trenton’s life as an independent writer and researcher provides ideal preparation for an existence marked by solitude and ennui. The second point is that, contrary to popular perception, prison – in his personal experience, he repeatedly points out – is populated for the most part by warm-hearted and friendly people. The conclusion drawn from these twin strands is that prison ought to be abolished altogether.

Hardship does come however – primarily due to the inability to communicate effectively with the outside world, and especially with loved ones. The diaries are quite astoundingly honest and open in terms of detailing Trenton’s relationship with his partner, Deepa – both their great love for each other and their occasional arguments. The moment when Trenton discovers, in prison, that he is to become a father for the first time, is really quite extraordinary, and as a reader, you feel you’re truly sharing the great joy (and simultaneous sadness) of this life-changing news.

It is this kind of honesty that makes Trenton such an appealing character and makes the diary such a valuable piece of writing. The opposition between theory and practice is an easily constructed one – and one, in fact, occasionally in evidence in TINAG’s Critical Cities publications, which are at their weakest when contributors drift too far into the territory of theory-heavy buzzwords and a lack of clear applicability. Trenton himself is extremely well read – unsurprisingly Michel Foucault looms large across these diaries – but theorising is rarely so perfectly blended with personal experience as it is here.

Trenton’s blog post at the time of his protest exemplified the dangers of a lack of mediation between thinking and publishing. But when it comes to these diaries, the combination of speedy publication (the book was available to buy back in April) and an apparent lack of much editorial intervention allow Trenton’s voice to shine through with warmth, passion and immediacy. Thankfully this means that the book is actually extremely funny (the smug grin that various tabloids identified at the trial possibly more accurately seen as evidence of a sunny disposition) and Trenton’s encounters with his fellow prisoners are shot through with an intoxicating warmth. It’s a necessary contrast to the relentlessly singular class war lens through which Trenton sees much of the world.

Ultimately, this is both a fascinating personal account of a period of time spent in a UK prison, and an essential piece of writing for anyone interested in (or involved with) social equality, justice (economic or otherwise), and the complex interplay between different systems of power. It is also, and at the same time, an important exploration of the relationship between public and private, and a re-affirmation of the continuing relevance of the diary form as genre of writing. As the public sector is steadily gutted and subjected to the strictures of the profit-motive under successive governments and their love affairs with the likes of Serco and G4S, the idea of public services are changing rapidly and worryingly. By publishing such writing – intensely personal, private, but produced within the confines of a publicly funded institution – Trenton makes a gesture that suggests the membrane is permeable in both directions; that the individual is still, just, capable of acts of lasting significance.