Superhuman at the Wellcome Collection 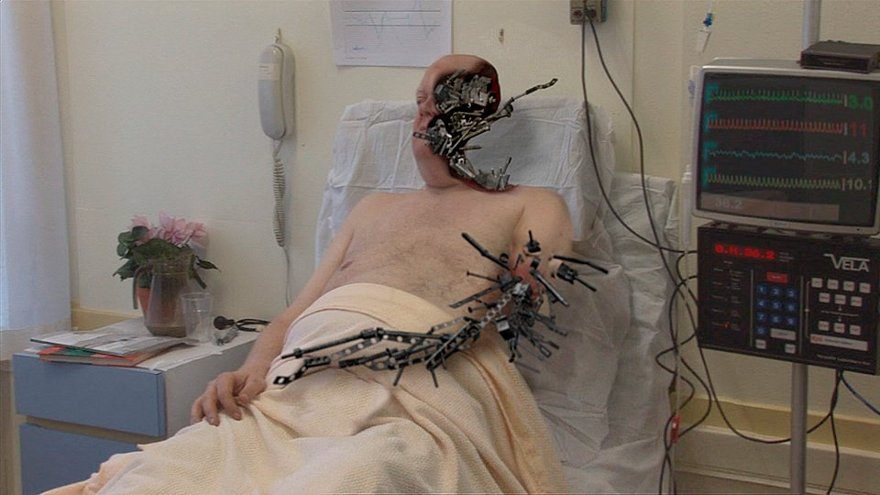 Underpinning the story of evolution is a belief in the primacy of progress. And nowhere is this belief more pronounced than in humanity’s sustained attempts at self-improvement. ‘Harder. Better. Faster. Stronger.’ sang Daft Punk, and these cumulative comparatives could come to serve as a manifesto for the peculiar kind of thinking that’s examined in the Wellcome Collection’s current exhibition, Superhuman.

In some ways Superhuman is a bit of a volte-face for the institution. While their last exhibition – Brains, Mind as Matter – explored the material foundations of our intellects, here the emphasis is on the intellectual framing of our material bodies. But as ever with Wellcome there’s an impressive array of objects on show – from contemporary art to historical artefacts, documentary films to Viviene Westwood platform shoes – all curated with both thought and flair.

Notable highlights include Matthew Barney’s dizzyingly bizarre Cremaster 3 art film; a functioning prosthetic toe from 600BC; Frank Hermann’s photograph of thalidomide child Philippa Verry drinking coffee with her foot; and a genuinely unpleasant film of the last moments before the death of Tom Simpson on the 1967 Tour de France – his bloodstream laced with brandy and amphetamines.

In fact, apart from possibly warfare, it is the field of sport in which our continuous desire for self-improvement is most evident – partly because sport’s constructed rules necessitate extremely narrow definitions of success and failure. This strand of the exhibition is probably London’s most thoughtful response to the fleeting and seemingly all-consuming presence of the Olympic Games.

Exactly opposed to sport’s singular end-orientation is Superhuman’s focus on aesthetics. The extent to which humanity has attempted to ‘normalise’ appearance throughout history is quite remarkable, and the exhibition does well to highlight the inherent absurdity of such functionless ‘improvements’ as glass eyes and useless wooden limbs.

But if there’s a worry with an exhibition like Superhuman, it’s that this is probably too mainstream a subject for Wellcome to tackle with quite as much verve as we have come to expect. Superhero movies are more popular than ever; visions of our scientifically perfected futures are the stuff of every issue of New Scientist; the artificialities of the fashion and beauty industries are both bemoaned and reinforced daily in the media; whilst cyborgs and other potential fusions of human and machine have been standard fare for a host of sci-fi books, movies, comics and computer games for probably the best part of a century.

The curators have attempted to overcome this potential pitfall through a larger than usual focus on art over artefact and an increased openness to the unpredictability of live events – the exhibition contains a space for talks, performances, debates etc. Whilst the efficacy of such events remains to be seen, the art does bring a much-needed level of complexity, in the form, chiefly, of wit.

This unlikely sense of humour sparkles across the exhibition: from Revital Cohen’s ‘eternal’ life-support machine (which has to be switched off after an hour to avoid overheating); to Mohsen Makhmalbaf’s film of one-legged men in Azerbaijan rushing to gather prosthetic limbs parachuted in by the Red Cross (and then complaining when their wives don’t look good in them); to Donald Rodney’s empty wheelchair, built in 1997 to attend private views in place of the artist who was suffering increasingly from sickle cell anaemia. Here it potters aimlessly around the gallery space – inquisitive, absurd, lost.

Such thinking around normality, excellence, progress and our possible cyborg futures may not be anything massively new, but Superhuman does a good job of synthesising the various ideas in circulation, whilst allowing sufficient space for the visitor to move, and think. It forces us to address the strangeness of our relationship with our bodies, a strangeness that is strangely everywhere and fascinatingly unexceptional.

Superhuman is at the Wellcome Collection, London from 19th July to 16th October 2012. 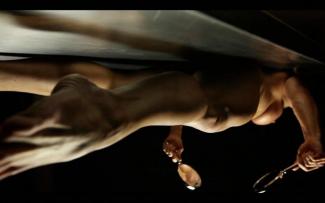