Category
Dissent
Movements & Communities
Wildlife & Wilderness
Understanding the Complex World of Ivory crime
by Whitney Smith
Published: Mar 07, 2014
Standfirst
. . . The African elephant population has dropped from 1.2 million in 1980 to just 420,000 in 2012. While land use pressures and habitat loss pose serious threats to elephants, it is the illegal killing of elephants for their ivory that could cause them to become extinct within our lifetime. – The Clinton Foundation
Body

The weight of celebrity in boosting the profile of a cause is elephantine. People take notice. Especially if you have a large foundation at your disposal.

The event was co-sponsored by ABC Carpet & Home and National Geographic, which provided large photographs of elephants in the peaceful glory of their unpursued lives.

In this world where panel convenors often lack direction and backbone, the calmly eloquent Ms. Clinton, Vice Chair of the Clinton Foundation, kept a firm rein on things. Good public service breeding in action, I suppose, or just a very talented advocate.

Stopping the voracious appetite of China for ivory means addressing the powerful cultural need of a booming economy to express its core values through artefacts using ivory as a favored artistic medium . . . 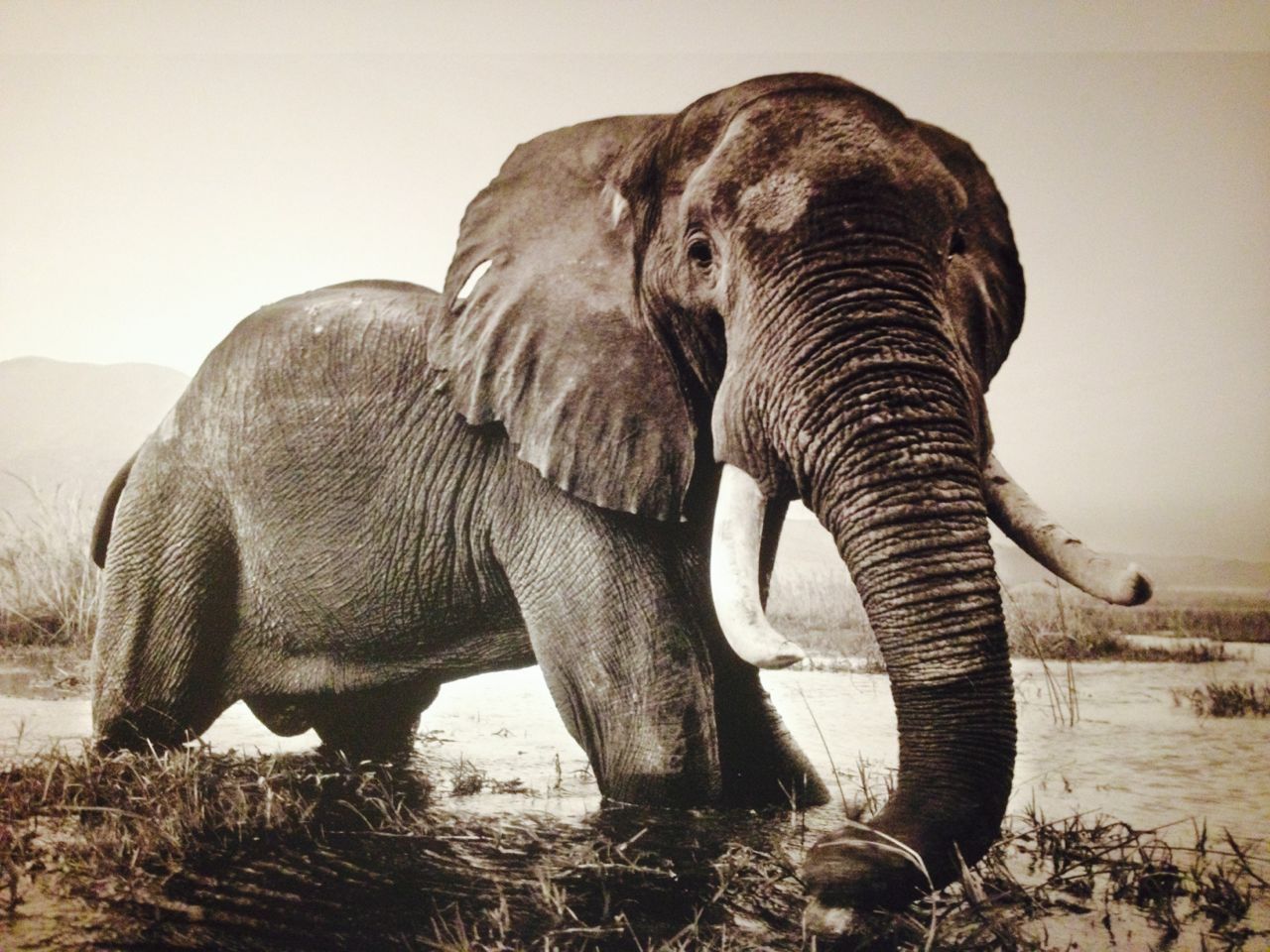 The strategy to save elephant populations (which are just slightly less threatened than they were at the height of the crisis thirty years ago) focuses heavily on curbing demand, which, says Bryan Christy, wildlife investigative journalist for National Geographic, China’s appetite is voracious.

“By every measure, China is the world’s villain when it comes to illegal ivory trade, and the reasons are obvious,” reports Bryan Christy in the film Battle for the Elephants, wildlife investigative journalist for National Geographic. “China has a history of ivory consumption, it has a booming economy and they’re now looking back into their past for core values and they’re expressing those core values in ivory.”

Behind China, the United States is the second largest consumer of ivory. 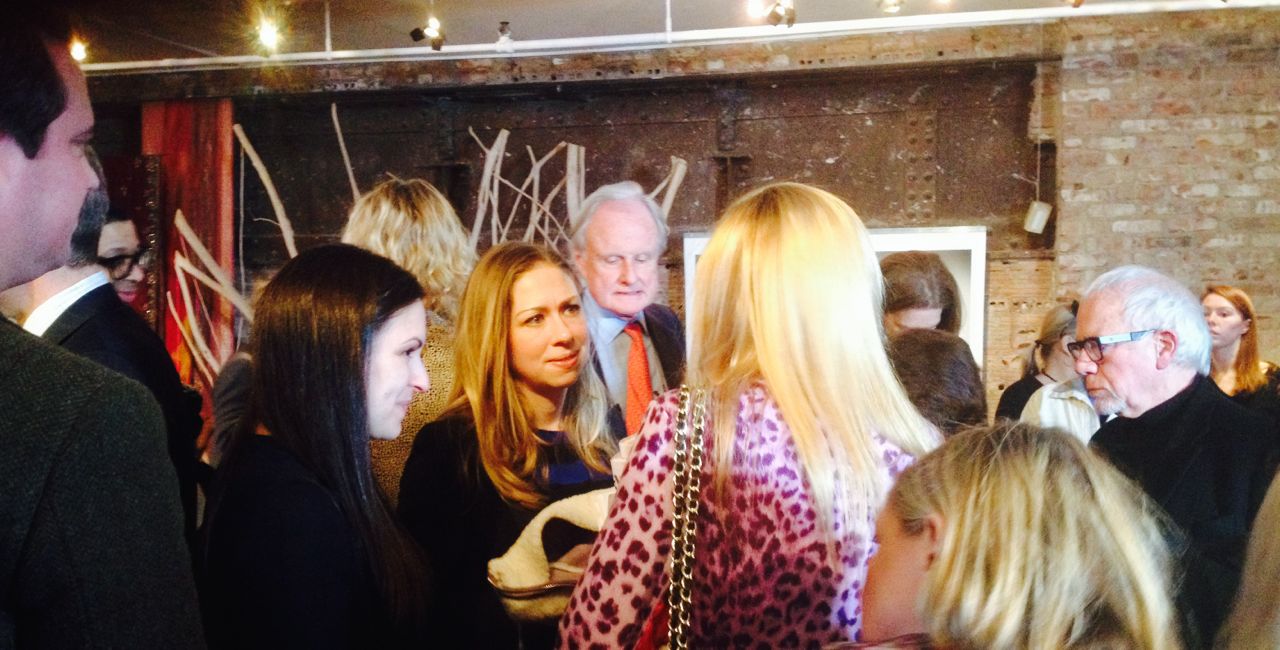 Other measures to stop the flow of ivory out of Africa involve tighter export controls, such as using radar to check shipping containers, and greater law enforcement in the poaching countries. Like the challenge the governments of Mexico and Columbia have fighting the drug cartels, criminality on the ground is run mostly by various factions of organized crime. it is also deeply rooted in the impoverished culture of Africa, and, as a result it is as dangerous and gory as it gets.

In addition to Mr Christy, Ms Clinton’s panelists included filmmaker John Heminway, who is also Chairman of Wildlife Direct; Joshua Ginsberg of the Global Conservation Program, Wildlife Conservation Society, and a representative of the Tanzania embassy who defended his government’s stance on stockpiling their vast stores of ivory, which are usually destroyed.

While we always make our films for broadcast, impact is often best measured in other ways.

Following the panel discussion, questions from the audience revealed how well informed several members of the audience were on complex factors in the elephant extinction and ivory trades issues. Deepak Chopra, who was in the audience, suggested that systemic factors in local African villages where the poaching occurs need to be addressed just as much as curbing the demand of ivory. He also underlined the need in such campaigns to tell emotional stories that engage the public and move political will.

“Elephants have this incredible knack of bringing unlikely people together,” said John Heminway, producer, director and writer of Battle for the Elephants.

“Making the film has taught me much,” said Heminway after the event. “While we always make our films for broadcast, impact is often best measured in other ways. I have been astounded by the power of small group showings. As a result of them, I see some progress. I do not believe the panel discussion with Chelsea Clinton would ever have happened without the film. Her eloquence and the well considered thoughts of the panelists will shift many minds and, in the end, do much to save the African elephant."

For recent news stories on the battle to save the elephant, and the ivory trade, go to Wildlife Conservation Society. Both organizations take donations.

Check out WildLife Direct's current campaign, Hands Off Our Elephants.

The film Battle For The Elephants will be showing in Aspen, Colorado on the March 22 at the Wheeler Opera House.

Also, see what VETPAW (Veterans Empowered to Protect African Wildlife), are doing to pull their weight for the cause.

WHITNEY SMITH is the Publisher/Editor of The Journal of Wild Culture.

Photographs by the author. Elephant photographs are the property of the National Geographic Society.

The Journal of Wild Culture wishes to thank Thinking Animals, a New York based organization that hosts a monthly lecture series on animal cognition, for introducing us to this event.

Getting the Chinese to abandon their use of ivory is just one of the many cultural issues that is part of a system endangering elephants. They exist as well in African villages where poaching can be seen as an antidote to enduring poverty.

Understanding the Complex World of Ivory crime
Young & Primed for Change: A new generation on the march
Ancient Culture as a Target
Heating Up: Climate Passion on the March
A Revolutionary Moment: Morsels of Insight from Chris Hedges' Wages of Rebellion

Young & Primed for Change: A new generation on the march
A Revolutionary Moment: Morsels of Insight from Chris Hedges' Wages of Rebellion
Urban Rehab: Humans & Animals
Young people seeing their power
How to Go Sane Under a Post-Truth 'n' Tweetin' Commander-in-Chief