"Why Don't I Despair?" George Monbiot on Restoring Order in the Land

Category
Dissent
Movements & Communities
Ecologies
"Why Don't I Despair?" George Monbiot on Restoring Order in the Land
by George Monbiot
Published: Dec 22, 2019
Standfirst
Journalist and author George Monbiot (pronounced 'MON-bee-oh') has spent a lot of time trying to figure out what's at the root of our social and environmental woes, mostly through his books and columns in the Guardian, but also by stepping into the action, as he did recently by getting arrested with Extinction Rebellion protesters in London. In this lecture at Falmouth University, 'How to Really Take Back Control', Monbiot lays out a path for building a vitalized and sustainable political culture, from the inside.
Body

00:00 - 11:51
"People ask me, 'Why Don't I Despair?'". . . Two interlocking crises that are more important than climate breakdown: the ecological cleansing of both the land and the sea by the food industry; the political crisis in which the grip of neo-liberalism is able to exist without restraint.

11:52 - 16:12
Political failure is a failure of imagination. This conviction has been reinforced by four observations:
1) It’s not about political parties or leaders, it’s about big political narratives. (i.e., Keynesian social democracy vs neo-liberalism.). . . “You can’t take away someone’s story without replacing it with another one.”

16:13 - 19:52
2) The restoration story and the common structure of opposite political narratives answering the question: How do we restore order to the land?

19:53 - 20:40
3) Almost every political or religious transformation has employed the structure of the restoration story.

20:41 - 28:16
4) The need for a new story. We are stuck with neo-liberalism because we have failed to tell a new restoration story. . . While Keynesian economics should not be abandoned altogether, though a growth-based narrative is not sustainable.

28:16 - 29:59
One new story that proposes ‘a politics of belonging’ “where we see the stirrings of new democratic and economic order arising from the people — no longer controlled by the elite.”

What possibilities might come from transferring money and power back to the people and away from the elite, facilitated by a supportive and enabling state.

40:59 - 47:42
Reclaiming the commons (one of the four pillars of the economy, now practically forgotten). Inventory of resources held by a particular community; and its rules and negotiations. The Enclosure Movement. Monbiot’s international experience with the elements of enclosure in foreign communities.

47:42 - 49:50
The poems of John Clare, mid-19th century, and how he describes what it's like to have 'engagement in community, whatever you did.' How things changed for Clare in mid-adulthood when the enclosure movement comes in. [Read a recent article in these pages with reference to John Clare here.]

49:51 - 57:02
Examples of reclaiming the commons. Land value taxation and community trusts; local community-held properties for productive social use. What possibilities might come from transferring money and power back to the people and away from the elite, facilitated by a supportive and enabling state . . . leading to democratic regime change.

57:03 - 1:03:39
How to achieve effective regime change? The surprising momentum of the Bernie Sanders campaign of 2016, what it had tapped into; and its application in UK politics. Monbiot’s conclusion . . . 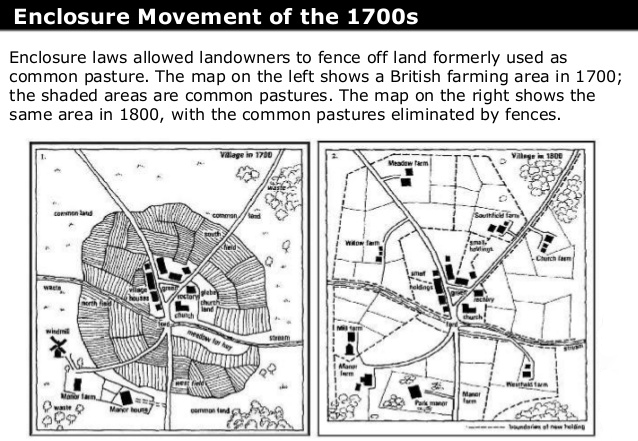 Enclosure, Anti-Vagrancy Laws, and the Rise of the Urban Poor, or, Why Swift Was Always So Pissed Off. [o]

For the Love of Trees
Talking to Self: 5 Short Prose Gems
Durable Goods: Past & future from the centre of now
'The Book on Ending Homelessness'
"Why Don't I Despair?" George Monbiot on Restoring Order in the Land

"Why Don't I Despair?" George Monbiot on Restoring Order in the Land
Urban Rehab #1: Street Level
How the Right to Assembly Gets Fudged
Interview with a Revolutionary: A Survivor of a Bolivian Massacre Tells (Almost) All
September 27 Coalition Statement

Urban Rehab #1: Street Level
How the Right to Assembly Gets Fudged
Interview with a Revolutionary: A Survivor of a Bolivian Massacre Tells (Almost) All
September 27 Coalition Statement
Spine by spine, the library of Stephanie Mills