Category
Art & Aesthetics
Eating & Drinking
Philosophy & Ethics
Wild Culture Diary - May 2013
by Anonymous
Published: Apr 29, 2013
Standfirst
In the latest instalment of the series, we select our pick of the best events taking place across the world in the month ahead.
Body 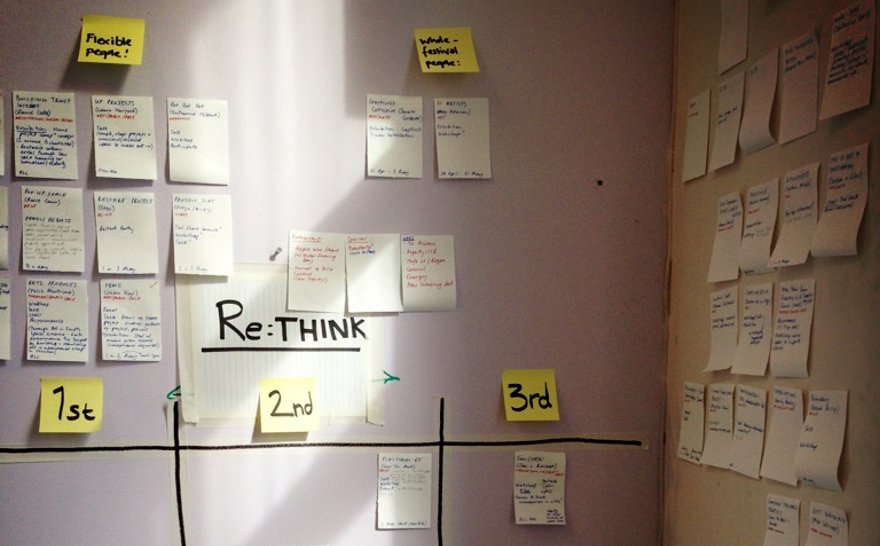 1st – 3rd May
Re:THINK
LONDON: This May sees 3Space – who take over empty commercial properties and make them available temporary charitable projects – hosting their very first public festival, in their Blackfriars Hub. Expect a whole host of talks, workshops, seminars and exhibitions are taking place, culminating in a big old closing party on the Friday night. Themed around rethinking the ways that we use both our cities and our resources, the festival features an exhilarating mix of community interest activities and ethical approaches to business and creativity.

2nd – 5th May
Mushroom Festival
RICHMOND: 2013 sees Richmond, Missouri – the self-appointed “mushroom capital of the world” – hosting its 33rd annual Mushroom Festival this May. Featuring over 125 food and craft booths, a carnival, tractor pull, talent show, Christian music concert and grand parade, this is a fun-packed local event with something for everyone. But the focus, quite rightly, is on the morel. Missouri is famous for its morels, which are commonly found under deciduous trees, and the festival includes seminars and, of course, a Largest Morel Contest.

BRIGHTON: First conceived in 2008, HOUSE returns for its sixth year of new art commissions and exhibitions in domestic spaces. This year, the focus is the work of lead artist Mariele Neudecker, who is transforming Brighton’s Regency Town House with an immersive installation that fuses sculpture, video and photography. Stemming from collaborative work with marine biologists at Oxford University, Heterotopias and Other Domestic Landscapes explores isolation and human intervention. Elsewhere, across Brighton are works by Andrew Kotting, David Wightman, Dylan Shipton & Ben Fitton, and Emma Critchely.

10th May
Electronic Voice Phenomena
GATESHEAD: The result of a collaboration between innovative poetry producers/publishers Penned in the Margins and Liverpool-based arts commissioners Mercy, Electronic Voice Phenomena is a new ‘glitch-cabaret’ featuring the likes of Ross Sutherland, Hannah Silva and Hetain Patel. Kicking off in Gateshead and then touring across the country, the programme features spoken word, music, video and performance to examine creativity and the voice of the unknown, with a particular emphasis on technological oddities.

17th May
Café of Wild Culture
TORONTO: In collaboration with Artscape Lodge, the Toronto chapter of the Society for the Preservation of Wild Culture presents a new vaudeville offering comprising short acts of no more than six minutes each. Toasting the present wild bounty in the forest, and time past – 60 years ago to be exact, May 17, 1953 – guests are invited to express themselves sartorially in becoming themes of the period. jWC Publisher/Editor-in-Chief Whitney Smith hosts a broad variety of performances. A drinks reception follows the show, then a bonfire on the beach of Lake Ontario.

From 17th May
Stephen Gill – Best Before End
AMSTERDAM: Taking place at Foam’s photography museum this summer is the first retrospective exhibition for London-based photographer Stephen Gill. Having lived in East London since the mid-1990s, Gill has seen the area change beyond recognition and is one of the most thoughtful chroniclers of this change. He’s produced an incredible range of work that frequently undercuts the controlled authority of the photographer. Some of Gill’s most sensitive and thought-provoking series – Buried, Hackney Wick, and Talking to Ants – are all included in this essential exhibition.

From 23rd May
HowTheLightGetsIn
HAY-ON-WYE: Taking place every year at the same time as the more famous Hay literary festival, HowTheLightGetsIn sees a brilliantly diverse array of speakers, events and subjects for discussion and debate. This year, the theme is ‘Errors, Lies and Adventure’ and speakers include Mary Midgley, Rupert Sheldrake, Terry Eagleton and AS Byatt. Highlights include Mike Brearley discussing the history of optimism; Mark Rowlands asking whether animals can be considered moral; and Sheldrake going up against neurobiologist Colin Blakemore. Expect fireworks – of the intellectual kind, of course.

From 30th May
Green Film Festival
SAN FRANCISCO: Launched in 2011, the San Francisco Green Film Festival is the West Coast’s leading event for films relating to the world’s most pressing environmental issues. Taking place at the New People Cinema in Japantown as well as a cluster of other satellite venues, the festival features a packed programme of screenings, discussions and other events: from Markus Imhoof’s exquisite More than Honey to Beth and George Gage’s film about climate activist Tim deChristoher, just released from prison and in attendance for the premiere.

31st May
The Mystery in the Woods
BARRY: As part of their programme of frequent events, professional archaeology members organisation, Archaeology Cymru are organising a walk to visit the “mystery in the woods” at Llantrithyd. After meeting at the Community Hall in Barry, participants will explore the ruin of sixteenth century pile, Llantrithyd Place, and what it says about the unique history of the surrounding area, and the politics of Wales more generally. The walk also takes in nearby earthenworks, including remains of a canalised stream, terraces and formal gardens.