Are we happy yet? 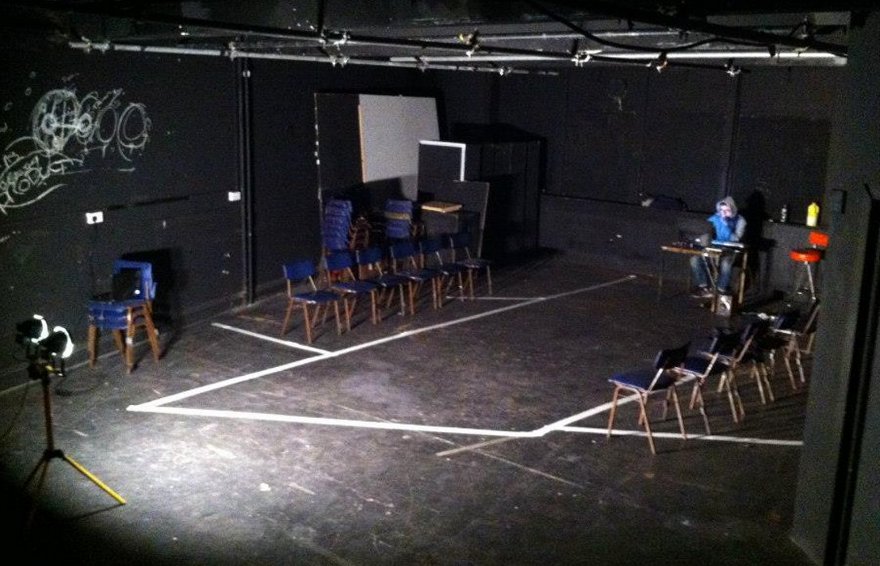 I meet twenty six year old theatre practitioner, Josh Guiry, in the centre of Bradford: a once rich artistic epicentre that has long worn the face of a struggling economy.

Guiry – dressed in a buttoned up brown Penfield jacket accompanied by thick, square-frame glasses – is part of theatre company Official Culture, one of the many emerging fringe art groups that are hoping to regenerate the northern art scene.

A cold, northern wind beats hard at our faces as we walk amongst the empty streets, discussing what he hopes his new play, ‘Are We Happy Yet’, will help to achieve.

Bradford fell into decline in the nineties as neighbouring city Leeds rapidly expanded its retail and club sectors. In 2006, Bradford forsook its cultural background – its legacy of theatres and film – and attempted to rejuvenate its own retail sector. They demolished a large portion of the city in preparation for a planned, multi-million pound shopping centre by The Westfield Group, but the project stalled. Now, over six years on, the city centre site is jut a huge whole in the ground, and Bradford remains grossly neglected. An air of bitterness and blame has set in amongst its constituents.

“Bradford is often talked about as a very multi-cultural city,” Guiry explains as we pass a row of takeaways, “but it’s not. A lot of segregation takes place. White, black and Asian communities find themselves very separate. There’s a lot of distrust.” This segregation has made it difficult for the city to move forward, with politicians able to win local elections by appeasing a single demographic, regardless of their political intentions." As we wait at a set of lights, a bus passes us carrying just one elderly passenger.

“Are We Happy Yet focuses on the relationship between war and capitalism,” Guiry says as we cross over: it’s a significant theme for many Bradford residents with MP George Galloway retaining his seat on the back of a strongly anti-war election campaign. “But Official Culture are not talking about polemics,” Guiry stresses. “We’re more interested in encouraging a discussion.”

Taking place in the Isherwood Studio at New Bradford Playhouse, the work consists of a nightly performance that explores the relationship between capitalism and war – the media spectacle of violence and politicised suffering. Each performance is to be followed by a Q&A with Official Culture. Audiences, apparently, are being encouraged to “question, interrogate and argue with the collective”.

As we round a corner we reach Centenary Square in the centre of Bradford. Over the passed few years the square has undergone a makeover; new buildings arc around gleaming flagstones which lead up to a giant fountain. We stand there for a moment, Guiry staring across the water. The spot is beautiful, even in this foul weather, but it seems out of context.

I mention that it all seems odd against the backdrop of dilapidated buildings, and ask if it is not a bit of a ‘spit and polish’ job, avoiding the real problems in Bradford.

“There’s not a lot of things that are pretty in Bradford,” he says with a wry smile. “We put our faith in retail once. It failed us.”

The council is under enormous pressure to find a use for the mothballed Westfield site, the scar a harsh reminder of the city’s failings. The most likely outcome, so far, has been the plan to convert the area into a temporary park complete with an outdoor theatre, according to the Telegraph and Argus.

From our stance we can see the Alhambra theatre and the old Odeon cinema, and up the road lies the first British Imax and the National Photography Museum. All run down, all neglected. “There’s rejuvenation in the cultural sector, and it’s happening very much at grass roots level. Like many cities, Bradford has a chance to reinvent itself down the lines of culture.”

We carry on our walk, wandering round the edge of the fountain, admiring its elegance. As the wind whips spray hard into our faces, we watch the jets of water shoot up against the crumbling skyline of the city.


Are We Happy Yet? is running at the Bradford Playhouse from 21st - 23rd February before going on a national tour.

Are we happy yet?
Eric Manigaud — The Shadow Line
Making It: Public Art, Prizes, and the Nature of Success
Worldstrike! Two Degrees Festival 2013
London Art Fair 2013