Category
Art & Aesthetics
Prose, Poetry & Poetics
Wildlife & Wilderness
Beckoning Ocean, Beckoning River
by Michael Magee
Published: Jun 10, 2018
Standfirst
Three poems that breathe and stink of the aliveness of a winding 2000 km watercourse and its long journey visitors. And a fourth that catches what knowledge resides in a gesture of deep talent.
Body

Once it had been a lamp,
my father drillled a hole
ran a cord through it,
his offering of light,
shaped by his temper,
it balanced on one side
like a stork.

After he died, I took it apart
kept the driftwood,
never bothered sanding it,
this wood made his icon.

When I left for England
I took it to the beach,
left it on the sand
to be carried on a high tide.

Now I’m home again, finding
I don’t fit the same as before,
I think of the man, unfinished
along this shore, I wait for you
to drift back. 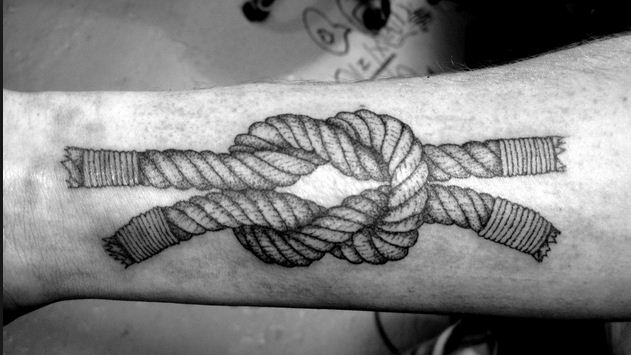 PORTWAY TAVERN, ON THE COLUMBIA

At the buddy's bar where
we bend our elbows, wood
worn smooth from glasses
rubbing against seamen's arms

We fly under the pirate's flag
of a half-mast hangover where
men were shanghied, dropped
into a boat through a trap door.

And men traded blows
like 2 x 4's in the Fightin'
Pit below the upright piano
where Bill played songs for Lila.

Last stop out of Astoria
for the master mariners
the lumber crews who drink
their fill of lagerheads.

A belt hung from the wall
the “Whippersnapper” and the
girls waited upstairs for men
to stumble on their sea legs.

Jenny brings us two beers
Joe goes back to work. This
would be a good place for
the tsunami to hit, lots of waffle fries.

To ride out the waves beating
on the piers, adrift on a life
raft, plugging the holes with
Tillamook Cheeseburgers. 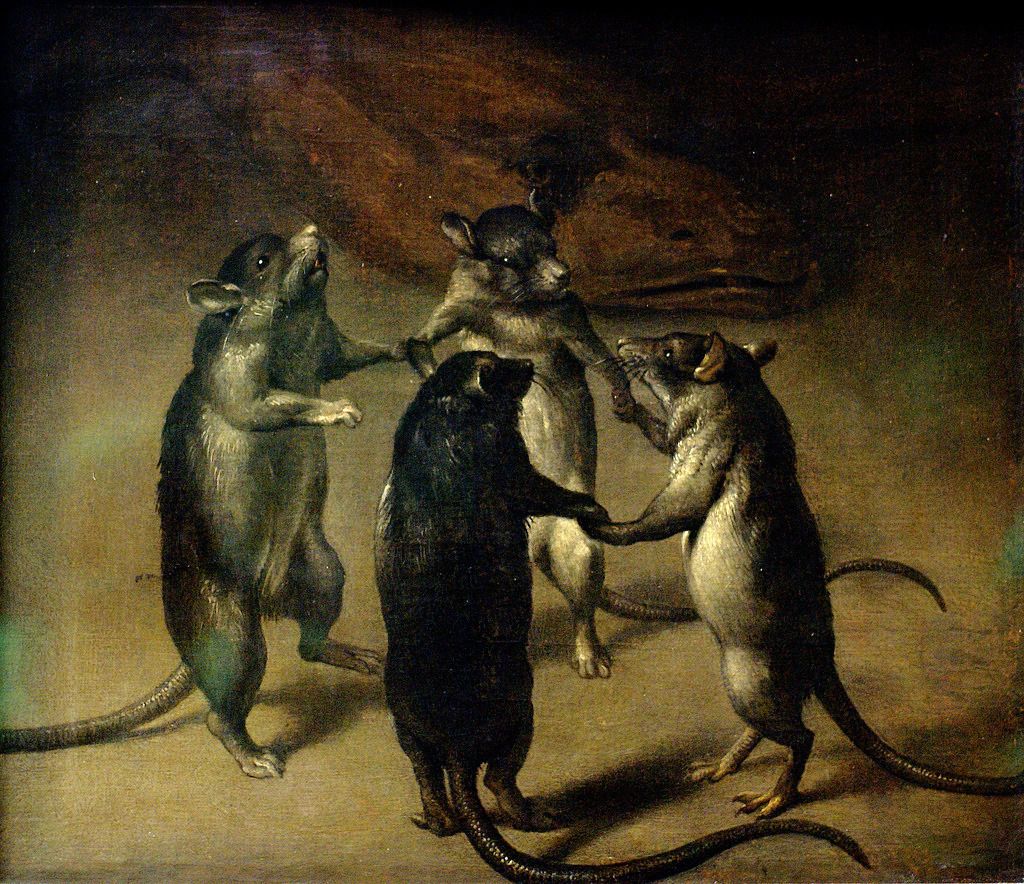 THE GIANTS OF ASTORIA

Here they enter along

the waterfront, travelling on ships

to the underground sewers and

of disease. No space is too

small for them, the rule of thumb

'Glory Hand' of Whitby where

a light in the window meant thieves

could enter the house. Here they

are the "uninvited," leaving their footprints

without an afterthought as workers

bait the manholes, run for cover.

No rat is too large for Astoria.

There will always be a home for them

here at the mouth of the Columbia. 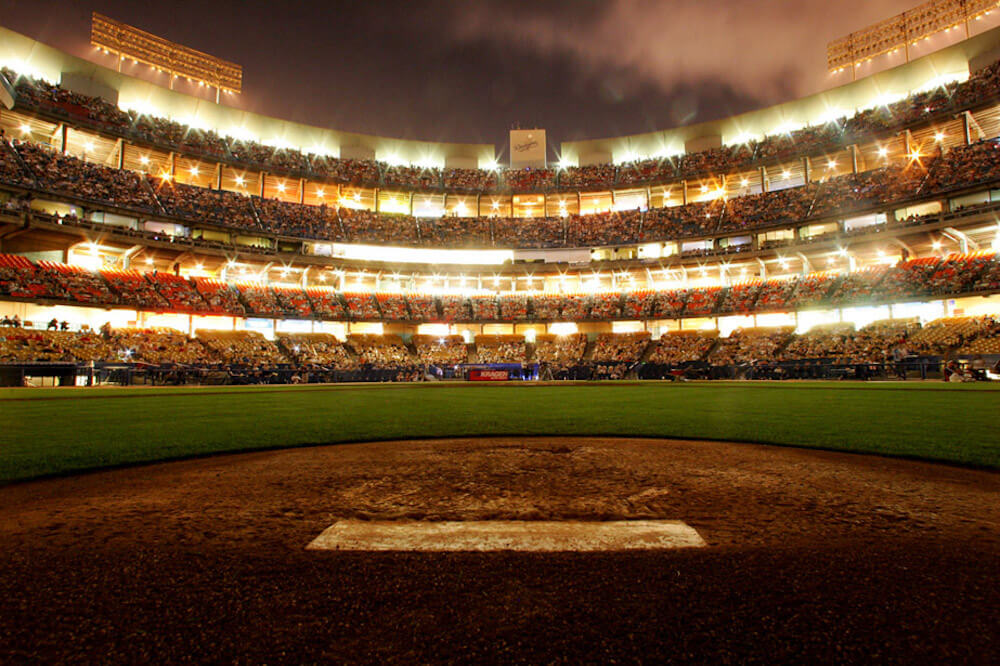 VAN GOGH'S OPENING PITCH, THE MOWER AGAINST THE SETTING SUN

The blocked fields of color
wrapped with Autumn fences and haystacks
like shimmering fields of fans
with blue midline of sky
and the sower casting his seeds
into the sunshine.

Van Gogh winds up!
As though delivering the first pitch
in brushstrokes, his face
a sun-burnt orange and the yellow
corn fields stand up to applaud
doing the wave!

On the mound!
The big-boned right-hander
cranks, legs bent like a stork
for the follow through.
The sun's big as a sunflower
in the open field of harvest
glowing fields of Dutch Iris
Strike one. A fastball.

My first memory is the smell of spices and garlic in the Italian grocery store in our neighborhood. The sense of smell is our strongest and can place us exactly in a scene. For instance, a waft of perfume brings a sense of the last time we smelled it, even the person.

I grew up along the banks of the Duwamish River in the neighborhoods of South Park, Rainier Valley and Beacon Hill in Seattle. My father was a mailman, my mother, a cook. I rode my bike and scrambled over vacant lots with lots of foxholes. There were caves in the hillsides from gun implacements from World War II. Our favorite activities were going to 'The Dump' and the St. Vincent de Paul's where life was a continual rummage sale. My father did handstands, my grandfather was in vaudeville, my mother played ragtime on the piano.

4  If you were going away on a very long journey and you could only take four books — one poetry, one fiction, one non-fiction, one literary criticism  — what would they be?

The New Poets of England and America (1957). Dickens' Great Expectations. A Cultural History of Russia by Orlando Figgis. 'The Critic as Artist', from the essay collection, Intentions (1891), by Oscar Wilde.

Sports, piano and nightmare movies, “The Invasion of the Body Snatchers” and “The Innocents.”

6  At what point did you discover your ability with poetry?

My interest was awakened by a writing workshop with David Wagoner. I was so glad just to get in. As a high school editor I won the Editor of the Year Award for the state of Washington given by the magazine Editor & Publisher.

The engine is my hand that writes it down through some kind of sympathetic magic — and the heart. It makes me think of Keith Jarrett's 'Color My Heart Red.'

I'd say expose yourself to music, film, dance and plays — and let travel become a part of your landscape. Be like Lawrence Durrell: immerse yourself in languages and a culture other than your own.

My preoccupation is continually trying to find music and words that will give me a balanced diet. Working around children, I find they are as 'autistic' as most artists. Now that my wife Jean is gone, I must find my muse in other ways. She provided the inspiration for four books, one about dementia. We were never at a loss with each other.

Being an artist to the max, living on the edge, and listening to the world while using the full palate and palette of tastes and colors. As Candide says, “Travel's the thing.”

11 If you would like to ask yourself a final question, what would it be?

I always want to write for the human voice, even my own. I am only bored when I'm not a receptor for life. The beautiful cadences of language make for a life well-lived. Speech!

MICHAEL MAGEE's plays and poetry have been produced and published in the US, England and Greece. His chapbooks include: Ireland's Eye, A Trip to Jerusalem, and the recently published Dementia: Love is a Blur and Vanishing Points through Beaux Arts Press (2017). Recent work has been published in Cirque. How We Move Toward Light, his new book comes out in 2018. He lives in Tacoma, Washington.

The author's broad experience shows up in the richness of the poems. I especially liked 'Portray Tavern on the Columbia.'

Thanks, Glenna. This was the trip I made with Allen to see Lana last year, and we ended up in the Portway Tavern. Truly memorable, the place, the characters, the history. Always need a good bar poem like Richard Hugo's "Kapowsin Tavern." — Michael

Beckoning Ocean, Beckoning River
A Blanket Over Us — 5 poems by Julia Travers
'They know from the look in the farmer’s eyes': 3 Poems by Pete Mullineaux
'Raven in the Stern'
'Prayer Does Not Have To' & other poems

'They know from the look in the farmer’s eyes': 3 Poems by Pete Mullineaux
'Raven in the Stern'
'Prayer Does Not Have To' & other poems
Looking in and out to Sea
Turf and sorrow upturned: 5 poems by Brian Baumgart