'The Book on Ending Homelessness'

Category
Architecture & Planning
Movements & Communities
Radical Habitation
'The Book on Ending Homelessness'
by Melinda Cheever
Published: Jan 12, 2020
Standfirst
Homelessness is the great tip of the iceberg of social structural distress. Every person without a secure place to live triggers an explosion of human and societal costs. In his new book, Iain De Jong presents a data driven, evidence-based, zero tolerance approach that is getting the attention of front line workers and policymakers.

The entrepreneurial spirit of the homeless in action: asking. [o]

Midway through his address to stakeholders and regional politicians, self-proclaimed positive disrupter Iain De Jong dropped his answer to solving the problem of homelessness. It was a bit revolutionary in its simplicity.

"The only known cure for homelessness is housing," said the Ontario-based researcher and professor. "That's it. Homelessness is binary; you're either housed or not housed. There's nothing in between." De Jong, author of The Book on Homelessness, spoke on best practices for shifting from managing to ending homelessness at the Scotiabank Convention Centre in Niagara Falls, Ontario.

At times blunt in his approach, he said many of the things people think may help often end up making things worse not better.

Does this get individuals closer to the experience of being housed? If it doesn't, why are we doing it?

Across the Niagara region, in terms of key ingredients, he said there are many good things happening. What needs to be addressed is the organization, delivery and support of ideas that have strong evidentiary proof of success, backed by data. Initiatives like Housing First and Built for Zero, he said, offer a strong foundation.

"We have to ask ourselves with every single program and project delivered: does this get individuals closer to the experience of being housed? If it doesn't, why are we doing it," he said.

De Jong said services need to be professionalized. While there is a place for volunteers, he noted people receiving services often have many issues that are far more advanced than volunteers are equipped.

De Jong cited recent research done in Canada and the U.S. that looked at “tens of thousands” of subjects, painting a portrait of the homeless person. The research suggests:

• On average, It is 2,632 days since an unsheltered person had stable housing

• One year living on the street equals 1.5-2 years of aging

• The homeless suffer from a variety of mental health issues, including depression and personality disorders

• A homeless person goes to emergency rooms on average 7.7 times over a six-month period

• Ninety-four per cent of homeless people have regular contact with police, compared to 40 per cent for those in shelters

• The average homeless person will have contact with police about 21 times over six months, and 81 per cent spent one night in jail, compared to 10 per cent of those who are in shelters

• More than 99 per cent of women on the streets, literally all of them, have suffered “trauma,” largely sexual abuse.

The deadly combination of physical and mental health issues and substance abuse is called “tri-morbidity”; 50 per cent of homeless suffer from it, compared to two per cent of those living in in shelters, said De Jong.

“Let that sink in,” he said. “They are not sick; they are really, really sick.”

"Invest in change so we can actually achieve impact. This is one of those causes that is not equal to others," he said. While there is a scarcity of housing, not just in Niagara but across Canada and in many communities around the world, De Jong points out that most people who are economically poor are housed.

"Most people figure out their housing means on a regular basis, the real question is: how?," said De Jong, suggesting the region tap into local experts – the existing poor people who don't live in social housing but figure out how to live on limited income without housing help services.

De Jong offered up five core principles: remove barriers and simply get people into housing, give them a choice when it comes to their housing, focus on recovery once they're housed, develop individualized plans for people, and focus on social and community reintegration. 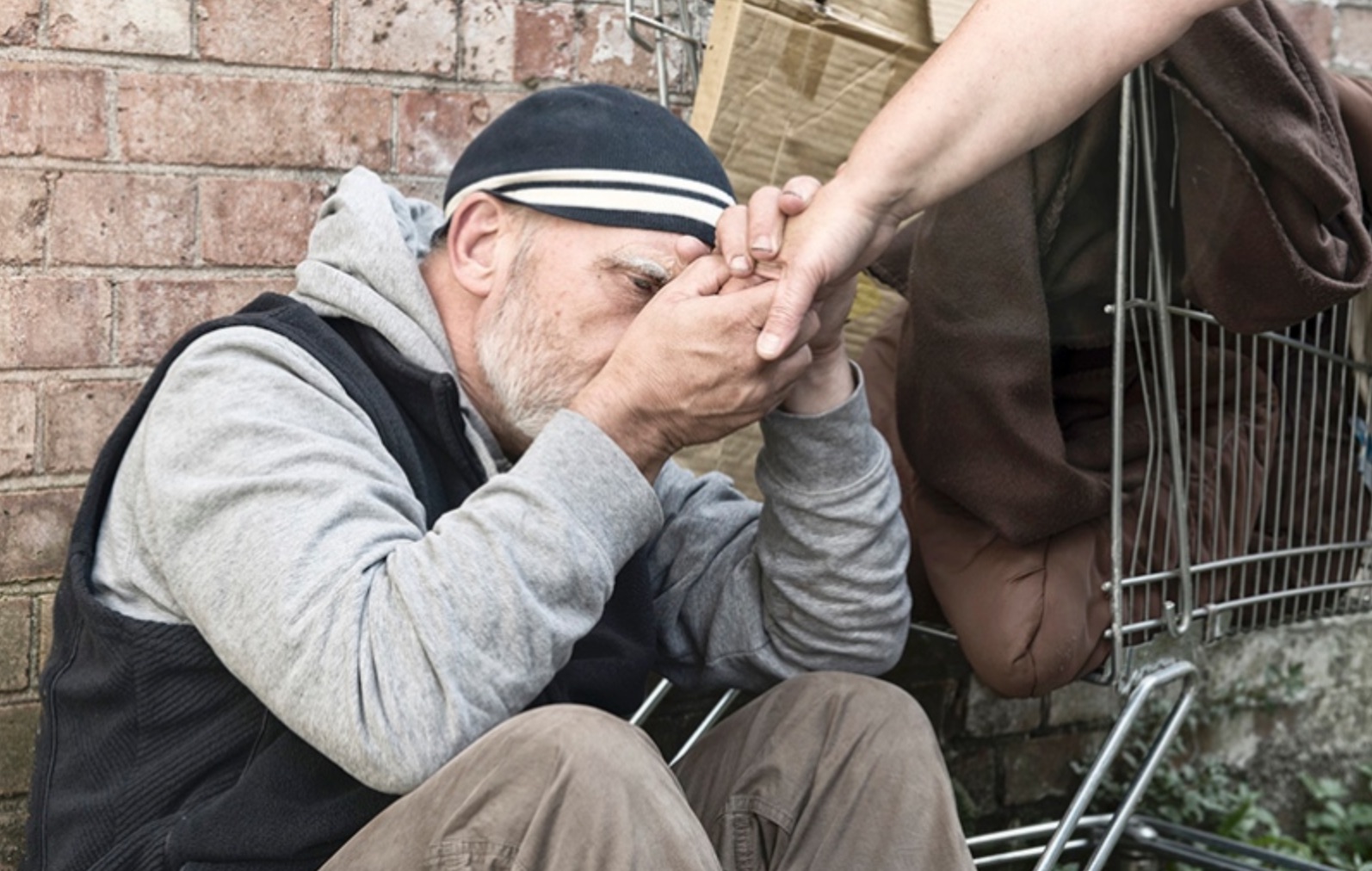 De Jong points out that most people who are economically poor are housed. [o]

Thursday's event was hosted by the Niagara region. In his opening remarks, Regional chair Jim Bradley said council has identified homelessness as a significant priority. It's a problem affecting communities across North America, he said, which is why everyone's looking for answers.

"Communities across Canada are trying to shift from managing homelessness to ending it," he said. "We have a vision of a home for all."

The region has a 10-year housing and homelessness action plan and will offer the public opportunities to get involved in its homelessness strategy starting in early 2020. ≈ç

“This is a book anyone with even an inkling of desire to end homelessness ought to read. Iain deftly cuts through the myths and noise that surrounds homelessness and drives right to the stuff that works to solve it. Most importantly what Iain offers is not what should work or could work or might work. What Iain presents here is what has worked. He takes on some of the thorniest and most challenging aspects of homelessness directly, and steps the reader through a variety of solutions.” — Tim Richter, President & CEO, Canadian Alliance to End Homelessness

"Iain’s work has transformed our experience of homelessness as a hopeless social dilemma to a solvable challenge. He is the social revolutionary our nation has needed for decades." — Michael J. Raposa, CEO, St. Vincent de Paul CARES

“Our organization has become better because of Iain’s ideas and training. He challenged us to be unrelenting in ending homelessness.” — Karen Santilli, President & CEO, Crossroads Rhode Island

"Time is running out for people on the street. We must use tools that work best. Take this book and go do that. Tick tock." — Zach Brown, CEO, West Virginia Coalition to End Homelessnes

MELINDA CHEEVERS is managing editor for Niagara this Week, and also edits Niagara Life magazine. This article was published on Dec 20, 2019 in The Niagara Weekly.

'The Book on Ending Homelessness'
Urban Rehab #1: Street Level
A place to be free, or just be
A Housing Rethink: Lazy Land, The Non-Market & Vienna's Lead
The Wild & the Cultivated in Tomorrow's Cities

Urban Rehab #1: Street Level
A place to be free, or just be
A Housing Rethink: Lazy Land, The Non-Market & Vienna's Lead
The Wild & the Cultivated in Tomorrow's Cities
In Polls We Trust