Losing Our Nordic Cool: How winter tests our metal

The coffee-coloured Labrador retriever, crazy for water of all kinds, is especially drawn to this powdery molecules.

She and her younger sister want nothing more than to frolic in it for hours, cause it to float in the air, bind freshly to their coat and legs, wriggle in it on their backs to make canine angels — all for the glory of the season of chaste: winter.

Dog love for snow reminds me of myself as a child, when winter offered yet one more abundant feast from the environmental menu. The cold white season of flurries was a temporary sense escape, a convenient way to avoid the boredom of warmth, a further opportunity to experiment on the adventuring and sporting self.

But hark! Whatever winter was — half a century ago or more — it was not mentally ill.

Yesterday, on March 11, it was spring. We were happy. We took our gloves and hats and scarves off. Outdoor air circulated under our clothes. Today, when these pictures were taken, Old Man Winter stormed the oasis.

These past few months, I count myself as one of the grumpy whingeing millions who continues — in the middle of March — to ask myself questions about what the wretched winter of 2014 is doing to the way I think. In the east to mid-western regions of the US and Canada especially, we continue to play punching bag to Polar Vortex and his hitmen associates, and various other erratic tyrants irking revenge on we innocent human species — we who need to get to our air conditioned luncheons, meetings and fitness classes.

Indeed, the moody climate dictators want us to know, without a doubt, that the old fashioned merely neurotic climatic self has now gone bipolar. Don’t like it? Well, from one group of psychos to another, “Eat it"

Stern, stern Mr Planet . . . What have we wrought?

In the meantime, my better winter soul finds time to kissed by the flurries and run with dogs: they who live blissfully insulated from notions of New York and London as wetland areas, or that chronic patterns of ecological degeneration are part of a cycle of civilization. You know, that kind of 'natural' cycle where humans get to keep themselves happy and fed and let the world go to the dogs.

WHITNEY SMITH is the Publisher/Editor of The Journal of Wild Culture. He has lived in Toronto for most of his life, a not so cold Canadian city.

PHOTO ESSAY by the author. 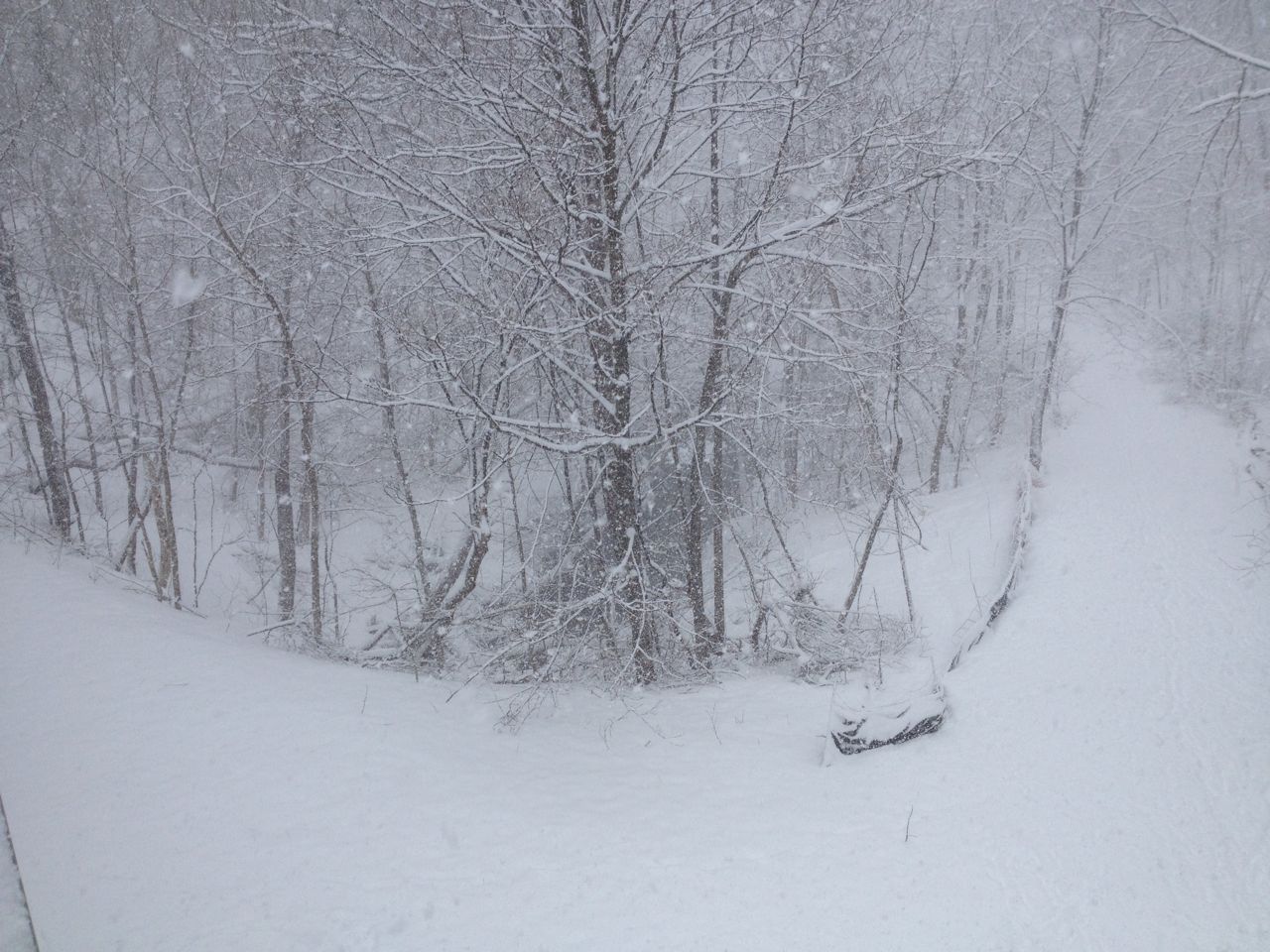 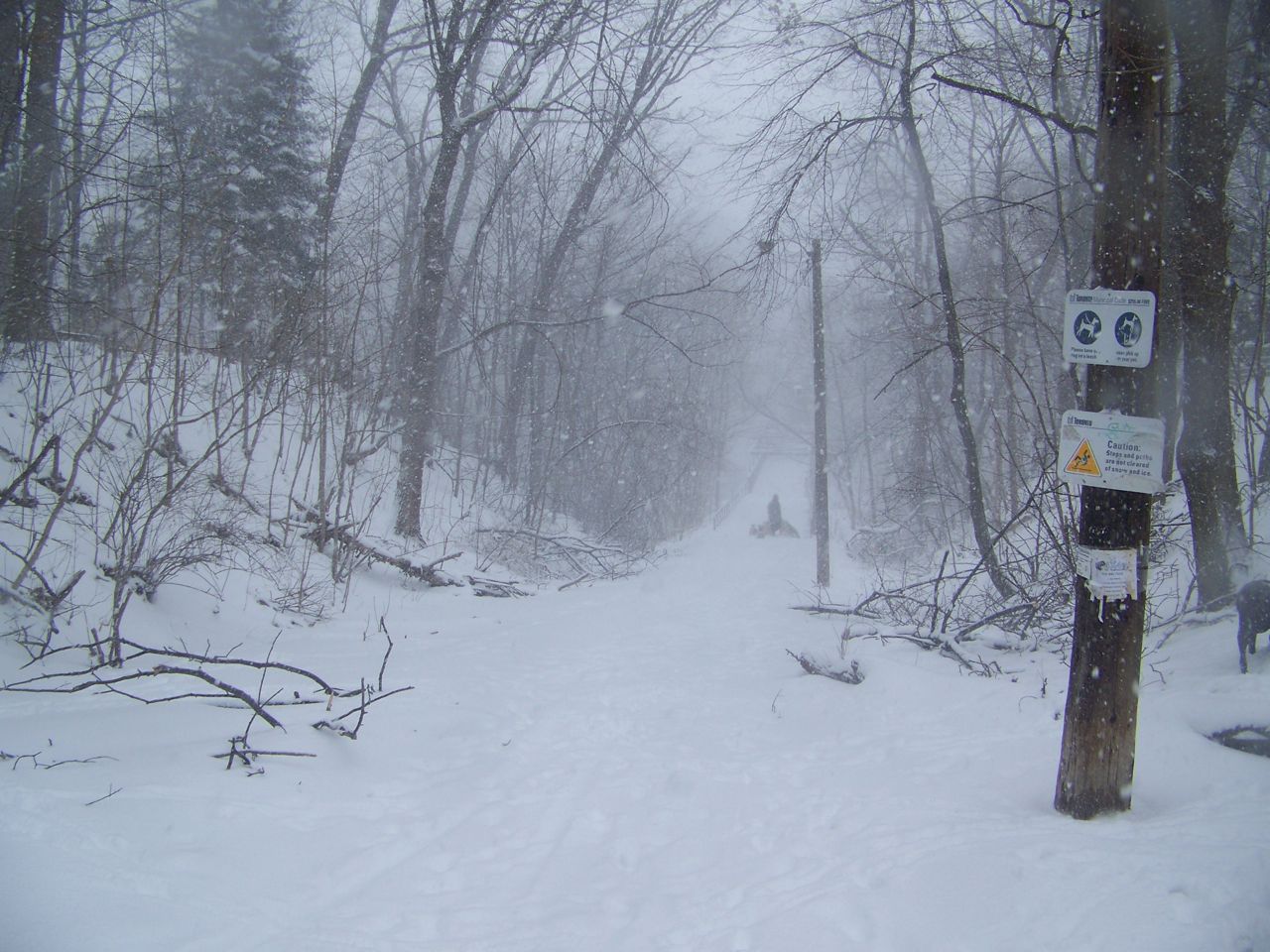 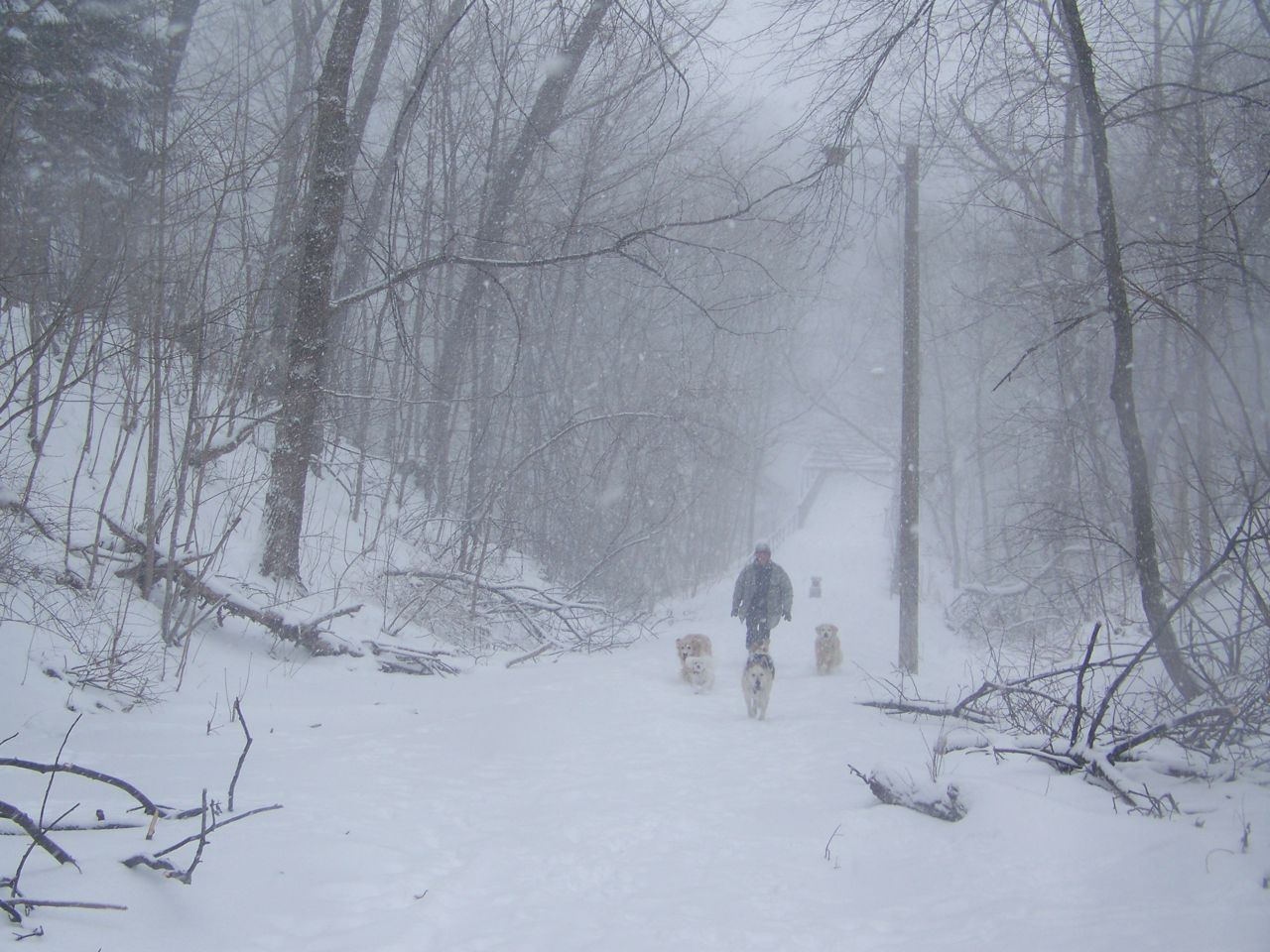 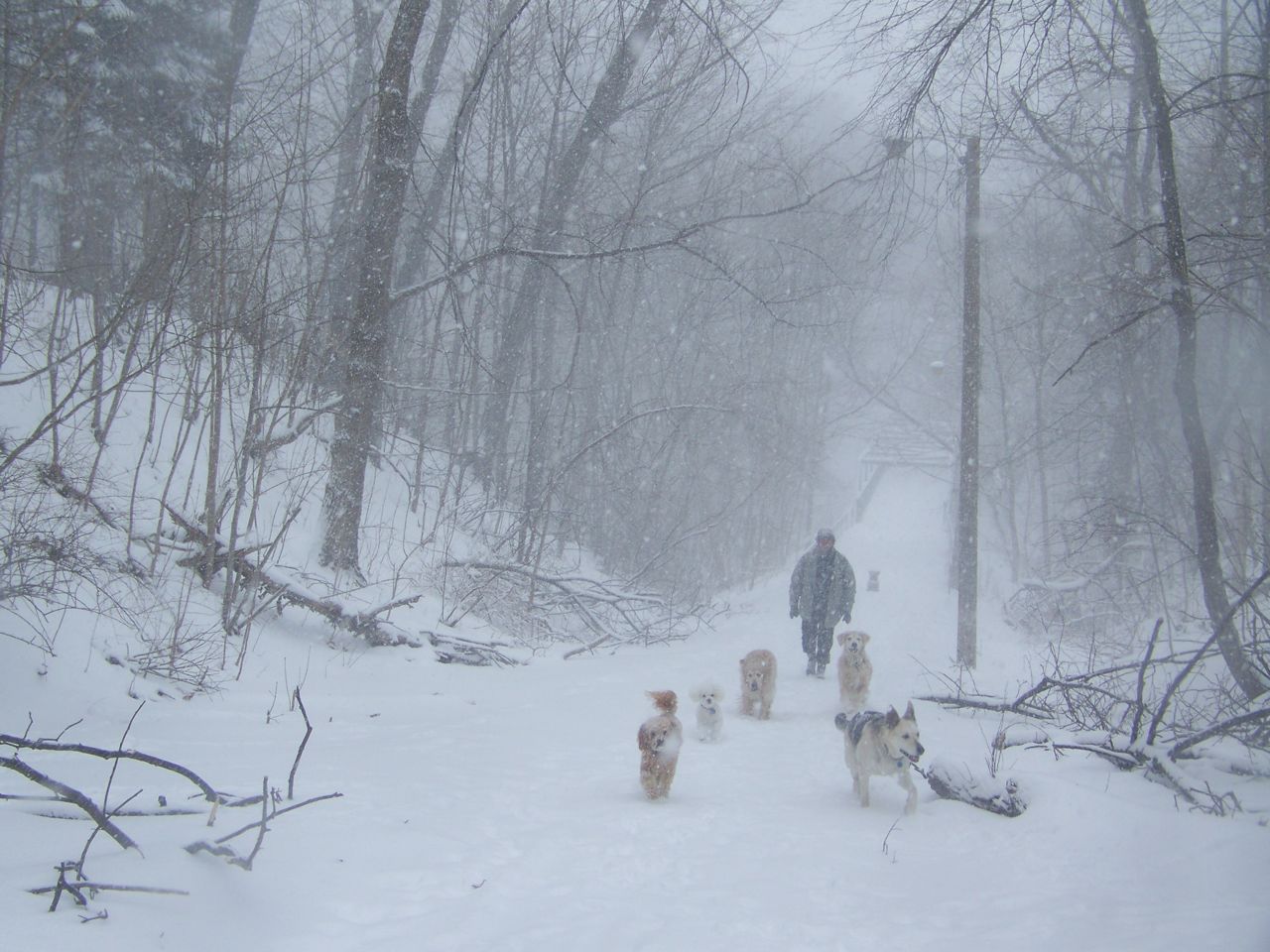 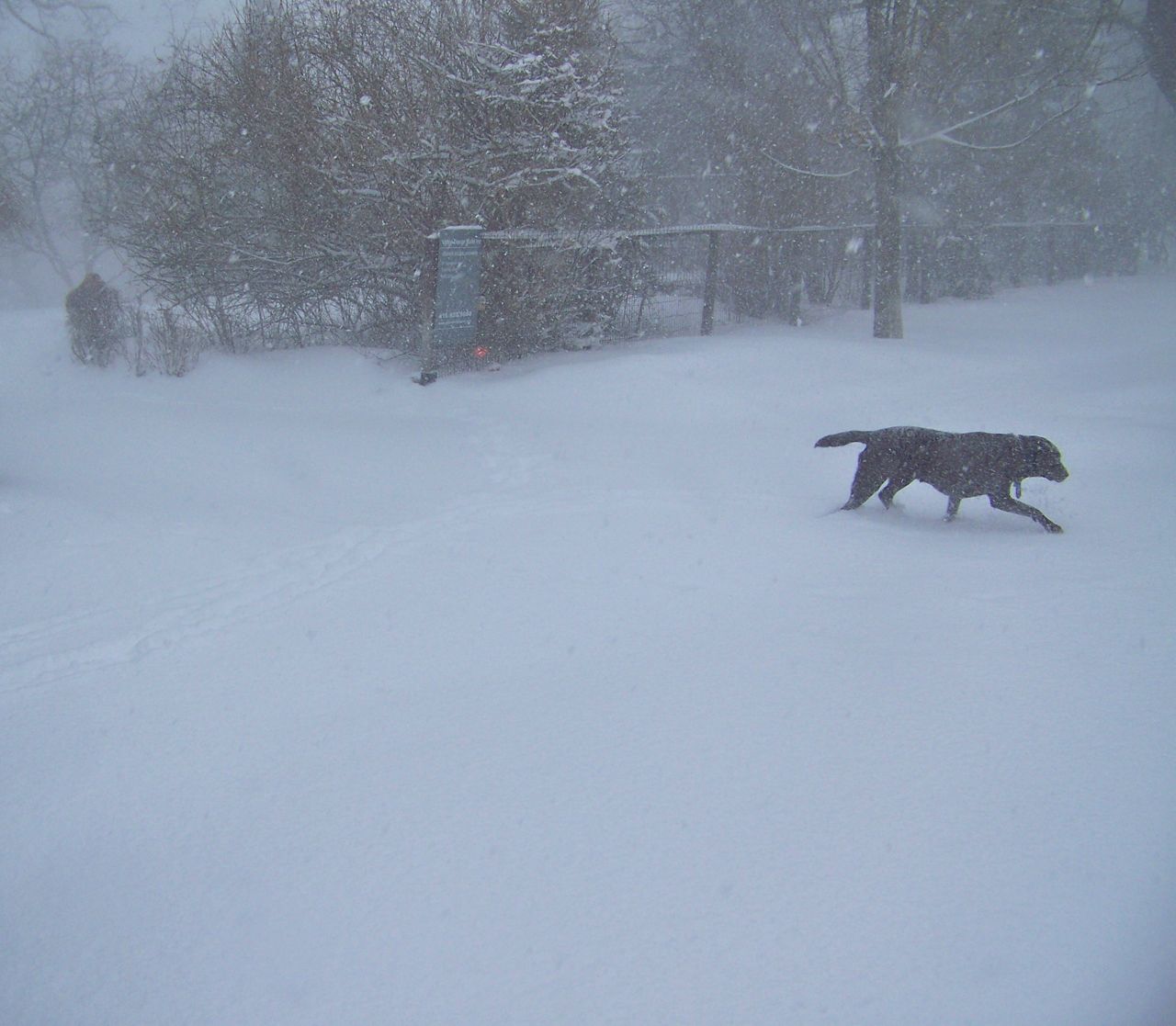 > The polar jet stream is a natural product of Earth’s rotation and climate system, created as warm air from the south merges with cold Arctic air. Most of the time it is fairly stable, circling the planet and effectively containing the cold air within the Arctic. But this orderly circulation occasionally breaks down, and a meandering jet stream can carry cold air south while allowing pockets of warm air to push farther north. Similar events have happened in the past. — from Nature Magazine.

> Did climate change cause Typhoon Haiyan?

>  HIGHER LEVEL THINKING for those whose idea of a good read is a summary for policymakers: 'Managing the risks of extreme events and disasters to advance climate change adaptation.' See the PDF.

Plus, not a new list, but a good one. What to do to respond to psycho climate — at home. View.

Non-commerical use of these copyrighted materials is permitted if the following link or credit accompanies the photograph.

Photographs by Whitney Smith, © 2014 Society for the Preservation of Wild Culture. www.wildculture.com

Losing Our Nordic Cool: How winter tests our metal
A New Rebellion Takes Root Against Dithering
Young & Primed for Change: A new generation on the march
How the Right to Assembly Gets Fudged
White, Male & Working-class: The Revenge of the Powerless