The She-Wolf: Mother to Other Species

Category
Religion, Mysticism & Ritual
Ecologies
Wildlife & Wilderness
The She-Wolf: Mother to Other Species
by Angela Lord , Roxanna Bikadoroff
Published: Jan 24, 2021
Standfirst
When the female wolf is able to mother pups other than her own, and of other wolf breeds, she helps boost the genetic mix of the population by diversifying the pack. Researcher-writer Angela Lord explores this and the ancient myth of Romulus and Remus, founders of Rome, who were mothered by a female wolf. ¶ She-wolf paintings (2 & 3) by Roxanna Bikadoroff.
Body

The 21st April 753 BC is traditionally the date of the founding of Rome by twin brothers Romulus and Remus. (Romulus would later murder Remus.) Legend has it that they were abandoned as babies by their parents and put into a basket and then placed into the River Tiber. The basket was discovered by a female wolf who nursed the babies for a short time before they were found by a shepherd. It was the shepherd who brought up the twins. [o]

OUR FASCINATION with the wolf dates back thousands of years, and myths and stories abound about this wild creature, which is feared and revered in equal measure. While often depicted as a ferocious beast, the gentler side of the animal is manifest in the nurturing instincts of the she-wolf, a maternal figure and symbol of fertility.

THE ROMULUS AND REMUS MYTH

The latest research on the ability of female gray wolves to foster cubs which are not their own carries echoes of the ancient myth of Romulus and Remus, twin boys who were adopted by a she-wolf who suckled them and nursed back to health, so in this myth the wolf is mothering a different species. The study found that female wolves were willing to foster cubs from different breeds to their own, a discovery which could have significant implications for endangered species.

We were taught to feel shame for this desire . . . but the shadow of Wild Woman still lurks behind us.

A team from Linkoping University in Sweden found that four females in their program readily accepted foster pups into their family. The results of the study, published in Zoo Biology in 2015, suggest that this method could help boost numbers among endangered species of wolves. Wolf packs in Scandinavia suffers from inbreeding due to geographic isolation, so cross-fostering could offer a way to increase genetic variation to strengthen the wild population.

THE WOLF AND MYTH

The gray wolf (Canis lupus lupus) was once common in many parts of the world, including Western Europe and the US, but numbers declined due to hunting and loss of habitat. A long-standing rewilding scheme to introduce wolves at Yellowstone Park in Wyoming has proved successful in enriching the environment. The elk and deer had been overgrazing on willows and aspen, but the threat of a predator meant that herds started to move around, rather than remaining in one spot. The trees recovered, riverbanks stabilized, and beavers returned, building dams which improved the habitat for fish. Since the effects on the ecosystem are complex, such a scheme may not be workable in every location, and proposals to introduce wolves elsewhere, such as in Scotland, have met with opposition due to the possible threat to local livestock. 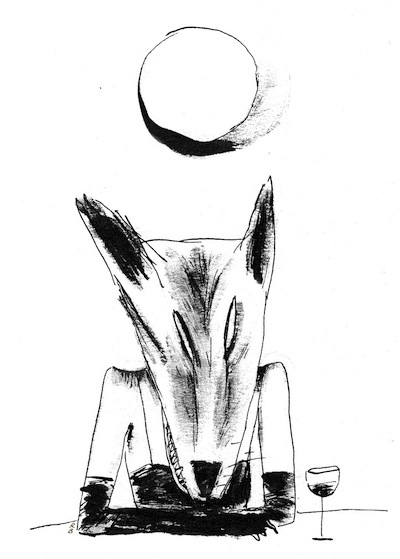 'Wish You Were Here.' By Roxanna Bikadoroff. [o]

The Italian wolf, a rare and protected species, is still found in the Apennine mountains and the Western Alps and is the national animal of Italy. The wolf was long recognised as a symbol of the ancient Roman Empire, since, according to myth, the city of Rome owed its foundation to a female wolf.

Fathered by the god Mars, the illegitimate twins Romulus and Remus were ordered to be killed at birth, but instead, servants cast them into the River Tiber. When their cradle washed up on the riverbank, it was found by a she-wolf who raised the infants as her own cubs. The twins, who were later rescued by a shepherd, grew up to become mighty warriors, and Romulus went on to found of the city of Rome. A famous bronze statue in the Capitoline Museums in Rome depicts a she-wolf suckling Romulus and Remus. The twins were added in the 16th century, and the wolf sculpture itself is much older, possibly dating back to the early years of the Roman Republic.

A statue of a she-wolf was traditionally honoured at the Feast of Lupercalia, (whose name is derived from lupus, Latin for wolf) held annually in February, to give thanks for the fertility of livestock. Originating in the island of Crete, the custom was adopted by the Romans, along with many other aspects of ancient Greek culture.

The Celts also revered the wolf as a sacred animal and the Celtic tale of Cormac, who was suckled by a she-wolf as a baby and went on to become king of Ireland, bears some similarities to the story of Romulus and Remus. In Celtic shamanism, the spirit of an animal was invoked as a totem for guidance, knowledge or protection. The wolf was respected for its cunning and ability to outwit hunters; it was associated with Cerridwen — goddess of the Moon and fertility — and with Morrigan — goddess of war, death and destruction — who could take the form of a crow or a wolf in battle.

WOLVES AND THE WILD WOMAN ARCHETYPE

The worship of the she-wolf as a symbol of fertility has ancient origins, probably dating back to early matriarchal societies. In Jungian psychology, this practice is seen as an example of honouring the Great Mother archetype, which reflects the maternal aspect of the female psyche in its many forms. 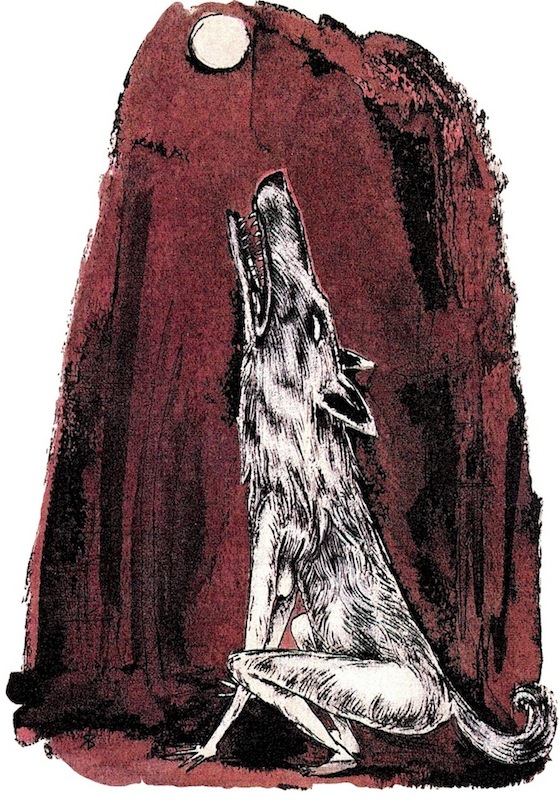 "The predation of wolves and women by those who misunderstand them is strikingly similar.” — Clarissa Pinkola Estes.

In her role as a cantadora, keeper of the old stories, Jungian analyst Clarissa Pinkola Estes taps into a rich seam of story-telling, mostly gleaned from folk tales and oral tradition. In Women Who Run with the Wolves: Myths and Stories of the Wild Woman Archetype, Estes identifies shared characteristics between she-wolves and women, such as intuition, playfulness of spirit, and devotion to family and community.

She-wolves possess great endurance and strength, survival skills supported by highly developed senses, and strong family values — bonding with their mate, their young and other members of their pack: all elements of a successful matriarchy. “We are all filled with a longing for the wild," says Dr Estes. "There are few culturally sanctioned antidotes for this yearning. We were taught to feel shame for this desire . . . but the shadow of Wild Woman still lurks behind us.”

Encouraging women to venture beyond their comfort zone, trust their instincts, and embrace their wild side, she concludes: “No matter where we are, the shadow that trots behind us is definitely four-footed.” ≈ç

ANGELA LORD is a freelance writer with a degree in Modern Languages and a background in print journalism.
Originally from South Yorkshire, she is now based in Surrey, UK.

ROXANNA BIKADOROFF is a mixed media artist, Tarot and astrology practitioner, and widely published illustrator. Her remarkable art and illustration work can be found at her artist's site, Facebook art page, and AstroTarology pages. She lives in Vancouver.

The She-Wolf: Mother to Other Species
Pink birds and beasts of land and sea: Three poems
A Blanket Over Us — 5 poems by Julia Travers
Thylacine
Germaine Greer on a Bug's Life, and Ours

Pink birds and beasts of land and sea: Three poems
When Deer is Not Venison
Bruno Latour — Inside the 'Planetary Boundaries': Gaia's Estate"
Group Intelligence of Birds in Flight
In John Clare’s Footsteps