Pink birds and beasts of land and sea: Three poems 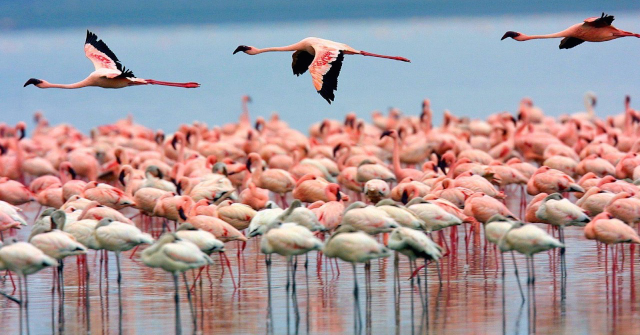 Pink Floyd was a flamingo

That flew from the aviary

Leaving birds of a feather

Grounded in their concrete pond.

He lived a bachelor’s life

Out in Great Salt Lake

To maintain his florid color.

The only regional females

Had their wings clipped —

No matter how pink he got

They could not fly to him

He did not fly to them.

For many years he lived

The only of his kind

Among grebes and phalaropes,

In our adopted homes

And still be pink and fabulous.

In his honor I have planted

Among the orange day lilies

His great escape called to mind

When my niece went south

And sent back a photograph:

{NOTE: Pink Floyd was a Chilean flamingo that escaped from Salt Lake City’s Tracy Aviary in 1987 and lived wild at Great Salt Lake, Utah for many years. A proposal to import more Chilean birds in order to establish a great pink flock of Great Salt Lake flamingoes was rejected on the grounds that introduction of non-native species might harm the ecosystem, though it was argued that since flamingo fossils had been found in Utah it would really be species restoration. Pink Floyd was last seen in 2005.} 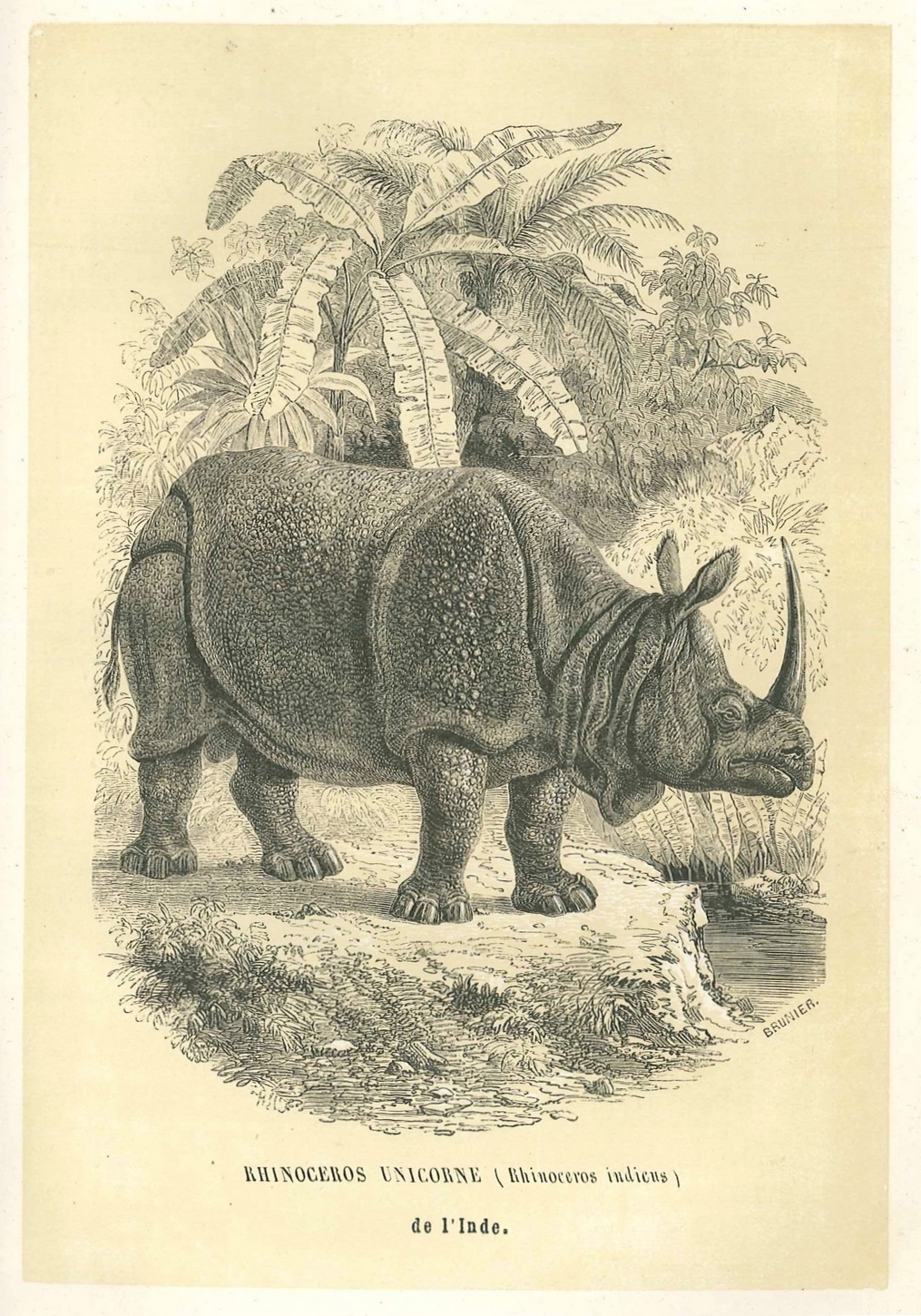 THE RHINOCEROS EATS AN APPLE

When a woman offers you an apple

You never know for sure if it is poisoned

With the draught of eternal sleep,

The black ships of war, or knowledge

Of good and evil, yet it is irresistible,

That lipstick skin, the interior promise

Of juicy sweetness, and so the rhinoceros

And here he comes trotting with a bounce

In his step that is surely a dance,

Lilting towards her on huge fleshy feet

Lit from behind with sunny virility,

Ferocious eyes gleaming in that massive

Constructed to support the crushing weight

Of those mythological horns

On his nose. He would impale her

If she were not standing behind a fence.

In one hand the woman holds a bucket,

Of apples, in the other a round red

Fruit which she extends through the bars

In her bare hand, never flinching

As the beast comes snuffling, slavering

Around the offering to eat it in.

How have we mistook the rhino for his horn

And never noticed the kiss of his essence?

Sometimes on days when work is slow

I take my lunchbox and I go

Down by the People’s Freeway

To the Garden of Modest Bureaucrats

Where I breathe the intoxicating patchouli

Planted in the Grove of Inferiority

Complex with Attitude near the statue

Whom Melville mentioned in his book

Which is mostly about people chasing whales.”

The Librarian, too, was hunting Leviathan

And met with notable success

Finding him swimming though Genesis, Psalms

Had not yet been written; Whales were prey

To Quakers and cannibals, but soon the bureaucrats

Would come armed with regulations; the whales

Would be saved from pagan harpooneers;

Melville, or at least his doppelganger Ishmael,

Was misguided when he wrote that chapter

Future of these immensely vulnerable creatures,

Now even the oceans have become too small

To absorb the wrath of those damned whalers

Who must forever blame something

For whatever limb it was they lost at sea

While the Librarian sat calmly compiling

Steadfastly refusing to be drowned

When all hands on the ship went down.

I have a particularly vivid early memory of trying to walk along a narrow curb in a pair of high-heeled shoes.  I fell and skinned my knee.  Now that I am a grownup I own lots high-heeled dance shoes and almost never fall down.

Salt Lake City, Utah where I still live is on the eastern edge of the Great Basin.  The hypersaline Great Salt Lake is hostile to most life forms, but is paradoxically critical habitat for hemispheric populations of migratory birds—an apt metaphor for the entire state. Utah is about 60% public lands, so the experience of living here is to be engaged in a constant battle over who gets to use that land and what for.

If you were going away on a very long journey and you could only take four books — one poetry, one fiction, one non-fiction, one literary criticism  — what would they be?

The honest answer, because this is what I actually do-- I’d take a non-fiction guidebook and whatever was sitting around unread on my bookshelves. If I were leaving tomorrow the poetry would be Allison Hawthorne Demming, “Genius Loci,”; The fiction, David Pace, “Dream House on Golan Drive,”; the literary criticism Craig Dworkin, “No Medium.”  I haven’t read any of them yet so I can’t comment on whether they are any good.

At what point did you discover your ability with poetry?

In high school I won a poetry contest. It went to my head.

Do you have an ‘engine’ that drives your artistic practice, and, if so, can you comment on it?

Much of my poetry is triggered by small moments of magic that seem to indicate unseen spiritual forces. I’m also driven to write by a childish sense of outrage that the world is not fair, but if all goes well that part is entirely edited out of the final version.

Find out who your people are and figure out how to get your work to them.  There are readers somewhere who will be delighted with what you are writing.

I’m currently obsessed with the word “re-localize” which seems to have so many implications.   Also, I’m trying to learn to play a button accordion.

1) Culture that arises directly from the human spirit rather than from corporate and commercial marketing;

2) Culture experienced with corporeal people outside of the technosphere;

4) Nearly any form of dancing.

Why don’t you quit your day job?

AMY BRUNVAND is a librarian, part-time nature mystic and monthly contributor to Catalyst Magazine in Salt Lake City, Utah. She lives in the Jordan River watershed at the edge of the Great Basin.

Pink birds and beasts of land and sea: Three poems
On The Cusp of the Known World: A Field Guide & other poems
Thylacine
'They know from the look in the farmer’s eyes': 3 Poems by Pete Mullineaux
Beckoning Ocean, Beckoning River

On The Cusp of the Known World: A Field Guide & other poems
Thylacine
Beckoning Ocean, Beckoning River
Gazing in and out to Sea: 5 poems
Wild Uncertainties