Category
Prose, Poetry & Poetics
Spoiled Worlds
Wildlife & Wilderness
Turf and sorrow upturned: 5 poems by Brian Baumgart
by Brian Baumgart
Published: Feb 25, 2018
Standfirst
With a keen physical attunement to the outdoors, and antennae that seem to catch the subtle, moaning details of landscape — the nasal scorch of poison, a forearm bloodied by thorns, the tongue salted by air — Brian Baumgart's laments deftly straddle ease and trouble, as if they're all part of the same dance to love and loss.
Body

Bring back my love in fields wild
with sunlight staining leaves

Listen to the whisper from the trucks,

The radio plays old songs today; the turntable
cracks. All music is cracked, even the songs

of birds. Close your mouth and feel eyelids burning.

Call it impairment. Call
it death. Call it the end
of tiny breaths. 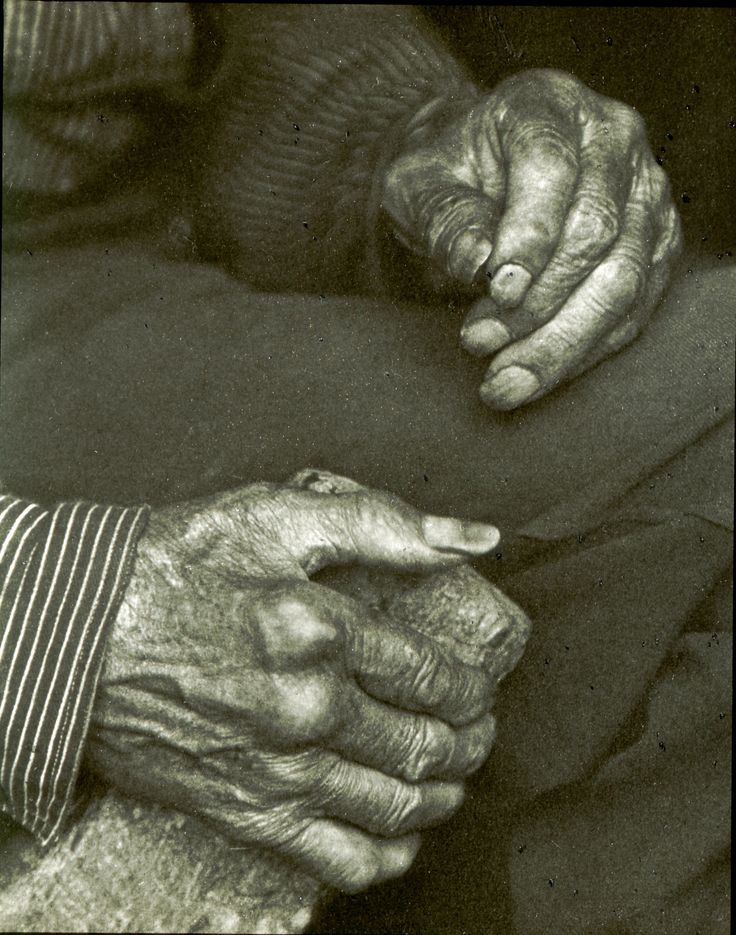 Do you remember the banks of dry sand
we’d carve into diamonds
just to cut our own hands like fire-ready
grass, slit after slit until the skin split
into cracked porcelain?

even on motorcycles speeding through deserts and mountains,
wheels slicing the blacktop
until the rubber shreds into stories they’ll never tell

unless we listen closely to the sounds their cracked hands
make when they curl fingernails into palms.

Sand catches in gears. Nothing slows
but stops.

When you hear the zephyr listing across prairie,
how much do you remember
about that night? Sometimes, I imagine if we sever our hands
the forgetting will be the river turning dry. 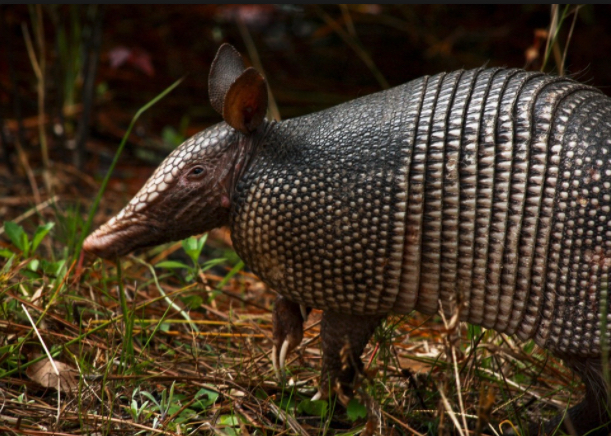 INSTALLATION: WALL ON THE BORDER

I hang paintings of wild cats
with copper twine, listening for electric cries
deep in the canyons below
mountains: here they are protected
like glass gloves on all the forgettable cacti

wearing coyote fur, in disguise. You can’t see him
through invisible walls because you can’t
see him at all. If anything

fingers entwined are impenetrable, the harbor of mind,

Self-portraits of dead men hang
on razor wire curled on fences
like regretful DNA. Do not pass.

You do not pass
for the creator if the only bloom you see
along invisible lines is blood
in sand. Even the river is invisible up close, and air

tastes like salt
you’ve sewn over their eyes,
so much vitality is fiction. Armadillos nose

the wall, eyes closed, remembering both sides, unsure
which should be called home,
though the choice has been taken, made
in pen, ink swooping like a skeletal hawk. 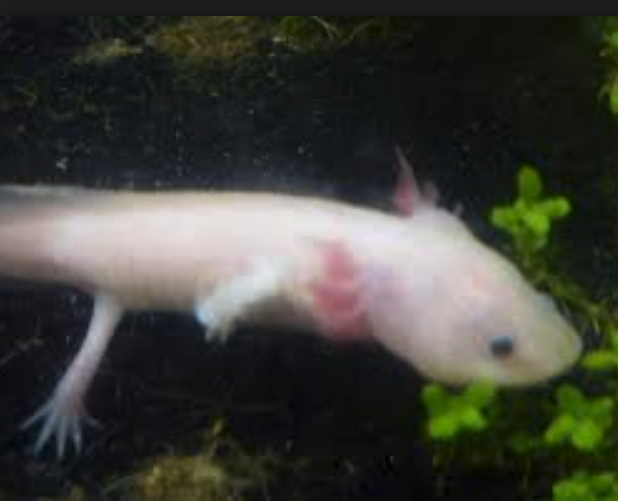 On the sharp edges of the earth, we could be
drowning in asteroid dust with lungs filled
with sludge, concrete mixing until we’ve become
too heavy to float. The water is a little high

But if we look past the reflection the sun casts
over the water, we can see ourselves

a thousand generations ago wearing gills,
the epitome of style for the time.
Webbed toes push the deep water back
into the blackness our mothers crawled from,

but the sun rises too far. The water’s a little
too high to reach the land. And isn’t this

the way it is, even now, everything
just a little out of reach, a little too much, too far?
So much we choke on the dust in our own breaths,
drown in every liquid that calls our bodies

home. Our mothers were the last gasp
of evolution and now we’re turning back. 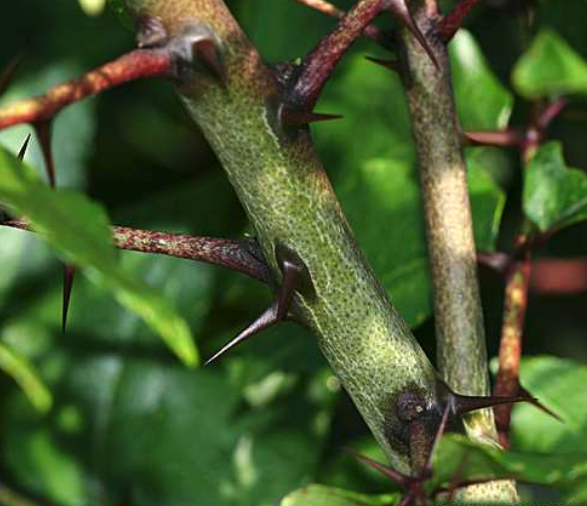 A hornet lands on my arm, just above
the elbow, tiny pinprick feet dancing
circles, its ass rises then lowers,
contemplating my fate: to sting
or not to sting.

There is no question. Sweat oils my neck, fills the gap
between a filthy ball cap and head like warm mist.

But the sweat doesn’t come from fear.
I’ve been pulling prickly ash, midday,
and the sun sends blades to skin, cutting,
as my hands curl around the thin trunks

and I yank, feet dug into the soft spring earth,
feel a tug and lift as the roots release their grip
and let go.

The contemplation is imagination, of course. The hornet
cares nothing for me or how I end, even
if thoughts occur in its braided black and yellow head.

So I let it be, in its six-legged pirouette, and I wish
for a light breeze, feel the particles of sandy soil cling
to the slight hairs on my arms, climb
into open blisters. I don’t realize my eyes

have been closed, until they open.

The insect is gone, and I unharmed, burning.

Although I’m certain that I’ve blocked out a certain  percentage of my childhood, the first memory that  surfaces is one in which I was sitting in a garden, covered  in dirt, too young to speak clearly, while my mother pulled  weeds. I, on the other hand, recall (and my mother has  confirmed this) picking hot peppers directly off the plants and  popping them into my mouth; and, then, because I had yet  to develop knowledge of repercussions for my actions, I  rubbed the pepper mash into my eyes. I don’t recall the  pain that followed, but I’ve heard stories. What this tells  me is that I’ve always been willing to take risks, to try  something new, despite the possible consequences. This, I  think, has followed me into poetry.

2.  Can you name a handful of artists in your field,  or other fields, who have influenced you — who come  to mind immediately?

I’m continually influenced by new artists all the time,  particularly those I know, but some poets who  immediately come to mind are Naomi Shihab Nye, Ed Bok  Lee, Tony Hoagland, James Wright, and Denise Duhamel.

3.  Where did you grow up, and did that place and  your experience of it help form your sense about place and the environment in general? I grew up between places.

I was born in semi-rural north  western Texas to parents from Chicagoland, but a portion       of my youth was spent in Little Rock, Arkansas — before  moving to multiple blue-collar suburbs of Minneapolis and  St. Paul. And, yes, these places I was raised in — and  particularly the movement between them — gave me a view  of place that is both stable and transitory; they  remain, but the lives within them are fleeting. I also, in so  many ways, attribute this viewpoint to the drastic climate  differences between Texas and Minnesota.

4.  If you were going away on a very long journey  and you could only take four books — one poetry, one  fiction, one non-fiction, one literary criticism  — what  would they be?

Poetry: Danez Smith’s Don’t Call Us Dead . Fiction: Sherman Alexie’s The Lone Ranger and Tonto  Fistfight in Heaven . Nonfiction: Kao Kalia Yang’s The Latehomecomer . Lit-Crit: I’d find an anthology with criticism of world  folklore and fairy tales — not a specific one comes to mind,  so y’all need to mail them to me along my journey.

5. What was your most keen interest between the ages  of 10 and 12?

Baseball and Dragonlance novels, both of which remind  me of that time of my life. I’m proud to say my  ten-year-old son has embraced them as well.

6.  At what point did you discover your ability with  poetry?

After graduate school, I’d been adjunct teaching at two  different colleges, 100 miles apart — teaching whichever  classes were offered and/or available — which meant that I  often had numerous preps. This also coincided with the  birth of my first child, and thus, time was limited. I was a writer, but I never felt as if I had the time for writing my  fiction; I had three minutes here, five minutes there, so  I could work on crafting lines and phrases. In the car  during the commute, I would play with language in my  head and attempt to record it when the words would strike  me a certain way that made me leap into new ideas. The  leaping was what did it; it drew me into poetry.

7. Do you have an ‘engine’ that drives your artistic  practice, and if so, can you comment on it?

The lower lining of my gut, below the stomach, probably  near the bowels (human anatomy has never been my  strong suit), hums and then rumbles when the language —  the words and sounds — is just right: even if it’s a bit “off,”  perhaps especially so. My fingers itch when it has been  too long since I’ve last written creatively.

8.  If you were to meet a person who seriously  wants to do work in your field — someone who  admires and resonates with the type of work you do,  and they clearly have real talent — and they asked you  for some general advice, what would that be?

This, of course, is biased toward my experiences, but I’d  tell them to take risks. Find ways to smash expectations —  but you need to know those expectations first. As a teacher  of writing, I use the old go-to of “learn the rules, then  break them.” If there’s any solid and general advice in  creative writing, that’s it.

9.  Do you have a current question or  preoccupation that you could share with us?

The question that I and my work keep asking is this: If we,  as humans, are part of the environment — if we are part of  nature — why do we work so hard to destroy the rest of it?

To me, “wild culture” is the fragmented, often explosive,  often gentle way in which all natural things press up  against each other and separate again. It’s the entwining  and unraveling of the beings of the world.

11.  If you would like to ask yourself a final  question, what would it be?

When you come up against the great unknown, will you  hesitate or leap forward?

BRIAN BAUMGART is the Director of the AFA in Creative Writing Program at North Hennepin Community College, in Brooklyn Park, Minnesota. His chapbook of poetry, Rules for Loving Right, was released in 2017; his prose and poetry have appeared in a number of print and online journals, including Tipton Poetry Journal, Blue Earth Review, Good Men Project, SLAB, and Ruminate. He lives in a semi-rural area just outside Minneapolis.

Turf and sorrow upturned: 5 poems by Brian Baumgart
'The Constant Traveller' & Other Poems
A Blanket Over Us — 5 poems by Julia Travers
'They know from the look in the farmer’s eyes': 3 Poems by Pete Mullineaux
Beckoning Ocean, Beckoning River

A Blanket Over Us — 5 poems by Julia Travers
'They know from the look in the farmer’s eyes': 3 Poems by Pete Mullineaux
Beckoning Ocean, Beckoning River
'Prayer Does Not Have To' & other poems
'The Constant Traveller' & Other Poems