That which we must get out from under

That which we must get out from under
by John Davis
Published: Jun 14, 2020
Standfirst
At its beginning, the new democracy of the United States sought to exploit or remove Black and Indigenous populations for whatever economic opportunity was available. Cultural critic John Davis uses a new book about the history of Indigenous resistance to extend one of his central notions: the economic and political realm from which we must liberate ourselves.
Body 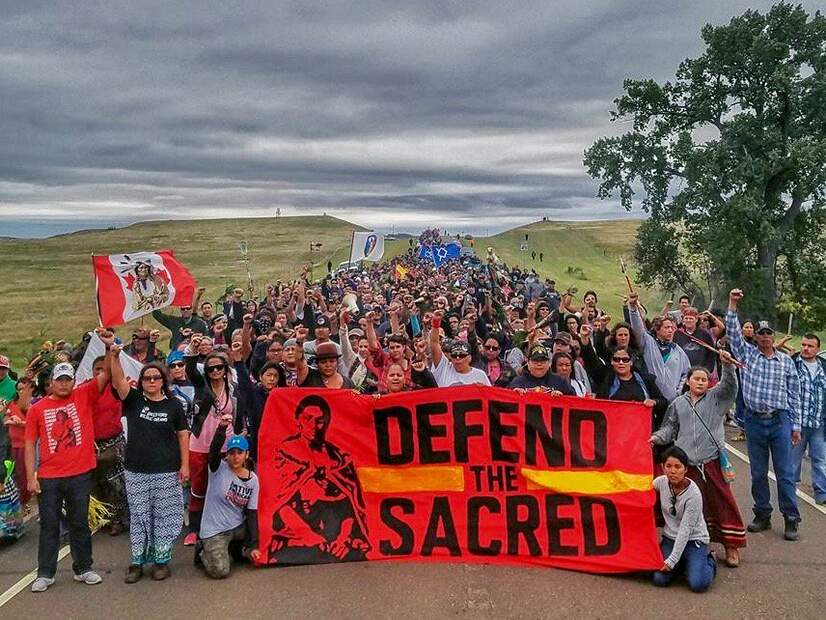 Protesting the Dakota access pipeline in 2016. In March 2020 a court struck down permits in victory for Standing Rock Sioux. [o]

We can be sure that the public grandiloquence of Barack Obama grated mightily on at least half of the country during his eight years in the Oval Office. Now, we Libtards find every Trump tweet excruciatingly inane – or horrifyingly inflammatory. As ever, it is the style, not the content, of American political leadership that is in question.

Its neoliberal ideology has been unwavering for four decades and is but the contemporary version of an implicitly racist dedication to the well-being of the wealthy that was fundamental to the founding of the Republic. Committed to the economization of all facets of public and private life, we citizens are remade as human capital: mini entrepreneurs whose only civic duty is towards pumping up the GDP.

This is what our government demands of us, and we would be foolish to expect more from it than further destruction of the public realm and further trivialization of the democratic process. Having relinquished our individual roles as a necessary part of the Republic’s sovereignty, our vote is rendered superfluous at a time of a viral pandemic, unprecedented unemployment and expectations of further economic dislocation likely to eclipse the melt-down of 2008.

He suggests that governments restrict all attempts to establish social objectives and, by extension, any encouragement of the citizen’s role in shaping these objectives.

On a weekend when the nation’s streets exploded in violent protest against racialized police brutality, the President and the Vice President chose to attend a manned rocket launch contracted by SpaceX, a private corporation. Politics have been dethroned, the public realm abandoned and the public good forsaken. Trump is ascendant, his sun-bronzed, narcissistic gaze reflected in the ruddy glow of burning streets. His military, on high alert, awaits its orders.

Our smoldering streets may no longer be safe for Trump’s ‘warriors’ attempting, around the country, to fully re-open the American economy. Many will doubtless now enlist as his Law and Order ‘vigilantes’. Neoliberalism demands the appearance of vibrant, life-sustaining markets. Trump has seen the financial indices decline as the epidemic curve has arced skyward, but his focus has always been on economic rather than public health. He, and his ‘warriors’, are quite prepared to sacrifice ‘flattening the curve’ for the sake of a rising Dow but his calculus must now include appeasing his newly enrolled ‘vigilantes’ while not entirely disaffecting African Americans.

Neoliberalism, as the SARS-CoV-2 viral pandemic and the uprising demonstrate, is this country’s comorbidity – a precondition making it extremely susceptible to both viral disease and to the recapitulation of long-ago racial injustice. In, The Road to Serfdom (1944), Friedrich Hayek, the Anglo-Austrian economist, explicitly equates the freedom of the individual with the unfettered workings of the market. By way of contrast, he identifies the centralized economic planning evidenced in National Socialism, Communism and Social Democracies as inevitably trending towards totalitarianism. He suggests that governments restrict all attempts to establish social objectives and, by extension, any encouragement of the citizen’s role in shaping these objectives. In other words, he recommends abandoning both the social and the political realm in favor of the invisible hand of the market, a goal that continues to inform neoliberalism as it is practiced across Europe and the Americas, and is the ruling ideology that has shaped the United States since the election of Ronald Reagan in 1980. Hayek’s ideas, developed out of his deeply felt reaction to German and Soviet totalitarianism, have had disastrous consequences in the United States where the gross injustices of its past continue to haunt its present, and where its best moments have been enshrined in exactly the kind of social objectives, such as FDR’s New Deal and LBJ’s Great Society, that Hayek spurns. 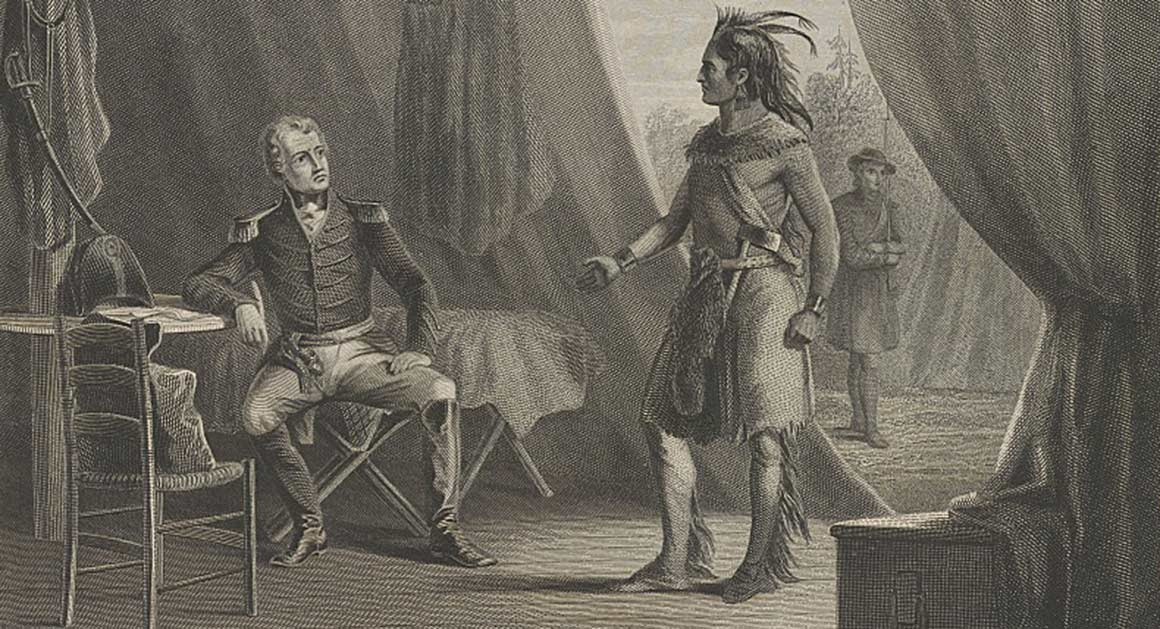 He aides offered diplomatic and legal strategies to maintain autonomy, but the new president had other plans. [o]

In the 1830’s, the two signature, home-grown horrors that have shaped American history, the genocidal eradication of indigenous peoples and slavery, coalesced in President Andrew Jackson’s ‘Indian Removals’ which aimed to deport a number of surviving Indian tribes to west of the Mississippi to make way for the establishment of further industrial cotton plantations. This expansion of slavery was partly funded by securitized bonds, sold in New York, London, Paris, and other finance capitals, in a process that involved the financialization of human flesh. The violence necessary to convert slaves into a fungible commodity had existed for over two centuries, practiced in their initial capture in Africa, in their transportation, and in their work. The stain of slavery was then embedded in the capital generated by the cotton crop which went on to be invested in the Industrial Revolution and formed the basis for this country’s extravagant wealth. It is a wealth that has not been shared by most of its citizens.

The highly visible murders of Ahmaud Arbery and George Floyd, performed on the street and reprised endlessly as viral videos on social media, go to the heart of this country’s racialized hierarchies established in 1492 and then compounded in 1619, with the arrival of the first shipment of African slaves introduced to this country as stolen human capital. Neoliberalism has made human capital of us all, but has vastly accentuated the wealth divide because, as Piketty has shown, it is from investment and inherited wealth that the rich are made – not from an honest day’s work. The majority of the U.S. population, and certainly most African Americans, rely not on wealth from inheritance or investments, but on the mythology of the equitable rule of law and equal economic opportunity. As the looting component of the uprising suggests, egregious racialized murder exposes an awareness of this country’s endemic economic injustice.

Nick Estes writes in, Our History is the Future (2019), “Indigenous elimination, in all its orientations, is the organizing principle of settler society.” In documenting the Lakota tribes’ struggles to prevent the Dakota Access Pipeline passing under, and across sacred indigenous lands, Estes lauds the ongoing struggles of native peoples to resist a colonizing civilization that possesses an overbearing commercial ethic which leaves little room for the recognition of other, non-material values. Across the continent, indigenous peoples regarded the native soil, along with its flora and fauna, as co-creators of their lives, and the concept of its individual ownership was unthinkable. Genocide after genocide has still not entirely eliminated their awareness of belonging to the land – ever in conflict with those who so clearly prize the value of individual ownership, property rights and, of course, the strange notion that the land belongs to them. 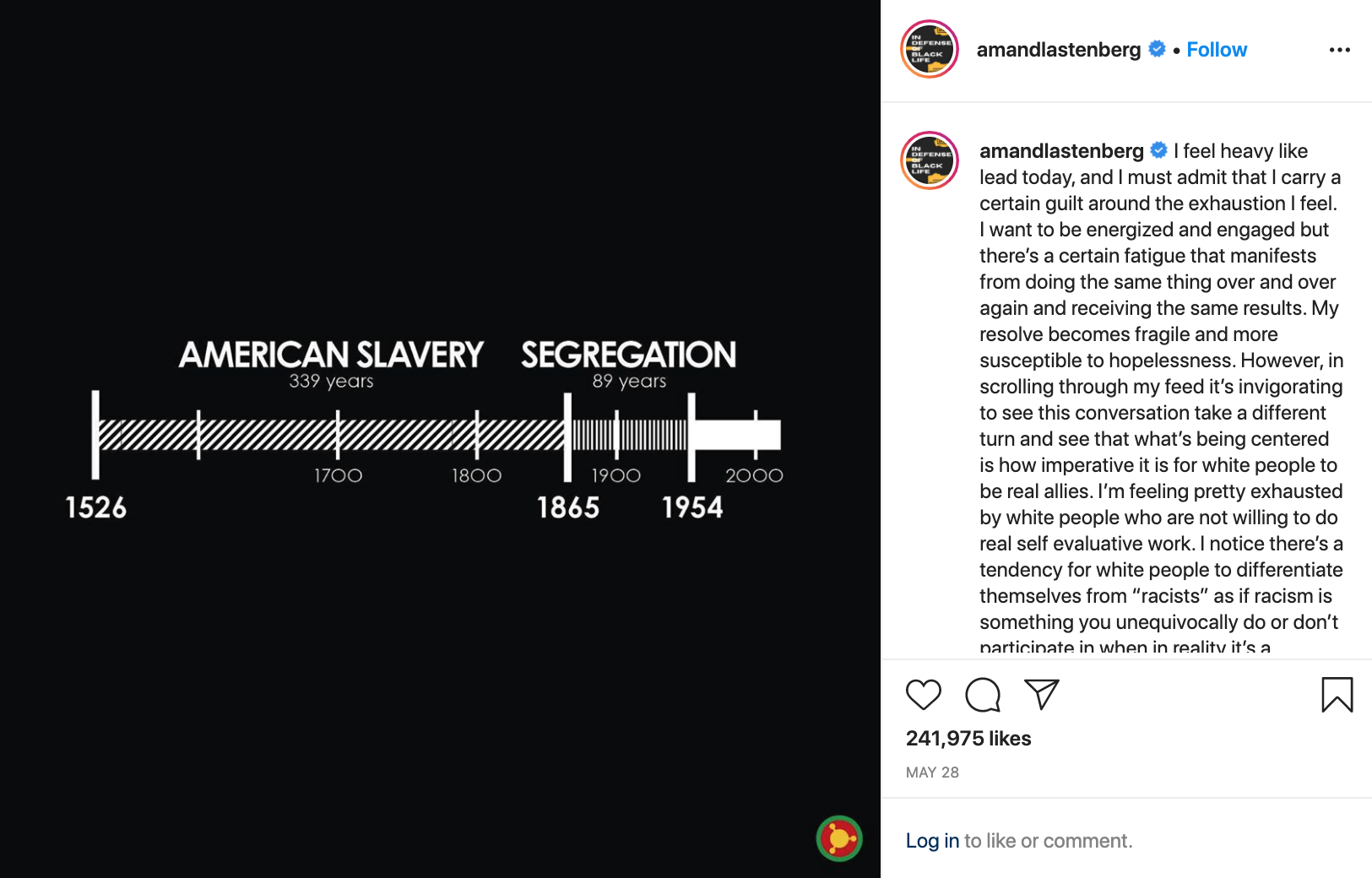 It is in this country’s varied civilizational currents that the supreme value of the almighty dollar emerged. As a nation, we have bought and sold people, bought and sold the land’s natural beneficences, and now we have sold our sovereign right to vote to corporations that exist only to give succor to their owners and shareholders. The neoliberalism that was created out of a fear of totalitarianism has now made societies beholden to a totalized economy in which all is subsumed. Its values are those of the market, entirely blind to the human concerns of a richly diverse population many of whom it makes vulnerable to an ever increasing precarity in their livelihood, housing and health care. The current pandemic, natural disasters, debt crises, and recessions expose the venal character of this prevailing ideology, while emergency relief and bailouts are leveraged by the wealthy to expand capital in readiness for the next ‘recovery’ – widening the corrosive gulf between the rich and everybody else.

As a Native American academic, Estes celebrates his peoples’ ongoing resistance to the dominant culture, established shortly after 1492. By declaring that 'our history is our future', he is committing to a continuance of this struggle. White members of the dominant culture can find no such guidance in their past. We see our history reenacted in violence and racial injustice entirely too often to wish it to be our future. We suppress our past and fear our future for good reason.

Neoliberalism has obliterated the conditions for democracy by concentrating wealth, eschewing the public good and causing civility to be drowned out by over-amplified, profit-seeking media. The democracy that now struggles to exist in this country, does so only as a fully financialized product fertilized by corporate money featuring a roster of politicians pitifully beholden to the special interests that support their reelection campaigns. Estes is right to reaffirm his peoples’ history. Our salvation might be in confronting ours. ≈ç

That which we must get out from under
Post-COVID: A New Economic Manifesto
Candy? Candy?
A Test of Our Humanity
On the Game of Taxes, Leprecaun Economics, Inequality . . . & Optimism

Post-COVID: A New Economic Manifesto
Candy? Candy?
A Test of Our Humanity
On the Game of Taxes, Leprecaun Economics, Inequality . . . & Optimism
How the Right to Assembly Gets Fudged